Press Release: Superyacht Market to Surpass US$ 35.5 Billion by 2026

Superyacht industry has gained significant traction during the recent past, owing to increasing number of tourism in across key European countries, which includes Italy, UK, and Spain. Tourism plays vital role in superyacht industry, as tourism is a key contributor to the social development, economic growth, and employment of many emerging economies across the globe. Furthermore, the countries in European region such as Italy, France, Spain, and Greece attract more tourists across the globe, as these countries allow tourists to purchase duty-free luxury goods.

Global superyacht market is expected to witness significant growth during the forecast period (2018–2026). This growth is majorly attributed to the increase in number of adventure tourism and recreational activities in the emerging countries of Europe and Asia Pacific. 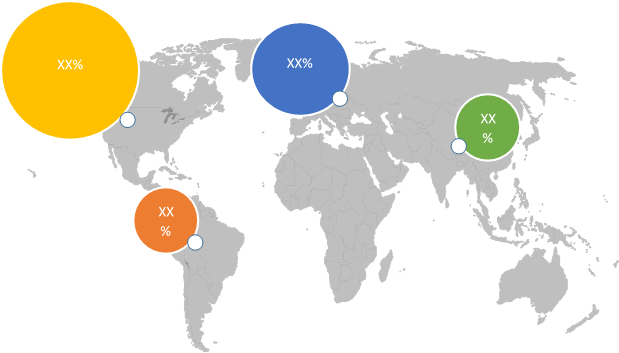 Growing tourism sector is one of the key driving factors for growth of the superyacht market in developed countries of Europe such as UK and Italy. For instance, according to World Travel and Tourism Council, the U.K. Travel & Tourism sector’s contribution to GDP was estimated around 6.2% in 2017, which is US$ 272.9 billion (GBP 214 billion) contribution to the overall GDP of UK.

Additionally, the rising spending in water-sports and recreational activities by international tourist and visitors, and high net-worth individuals in the UK has accelerated growth of the UK travel & tourism industry. According to World Travel and Tourism Council, in 2017, the international tourist and visitors’ spending increased by 7.9% from the spending of 2016. Hence, this growing tourism industry has accelerated demand for superyachts, which is expected to aid in growth of the superyacht market.

Increasing number of superyacht launches is expected to drive growth of the global superyacht market.

Significant rise in the number of new superyacht launches by prominent boat manufacturers in countries of Europe such as France, is another key factor for growth of the superyacht market. For instance, in July 2018, Abeking & Rasmussen, a yacht building company, launched KIBO, an 82m/268ft luxury yacht, in France charter market.

According to the U.S. Commercial Services, in 2018, around 1.8 million people owned a boat license in Germany, which allows them to operate sailing motor boats or yachts. The country has around 6,250 miles of waterways, which is expected to be one of the major factors driving growth of the superyacht market during the forecast period.

North America is expected to hold the largest market share in the superyacht market followed by Europe, while Asia Pacific is expected to witness the fastest growth during the forecast period. Presence of large number of prominent boat manufacturers and boat maintenance & service providers in North America and increasing demand of 40-80 meter sailing and motor superyachts are some of the key factors driving growth of the market. In Asia Pacific, the highest growth can be attributed to the increasing number of tourists from emerging economies of Asia Pacific such as China and India.

The luxury superyacht market is characterized by the presence of well-diversified and established boat builders in the North America and Europe. Boat builders engaged in custom and semi-custom boat segments are planning to expand its regional footprint and product portfolio, especially regarding its product quality, services, technology, and price. This competitive environment among prominent superyacht manufactures such as Beretta yachts and Royal Huisman is expected to intensify during the forecast period. Boat manufacturers are majorly focusing towards developing new technologies and upgrading its product portfolio in order to maintain its dominance in this highly competitive marketplace.

Superyacht can be defined as a luxury yacht, which is motor powered or sail powered, with a set of professional crew and a loadline length of 24 meters or above used for sailing, charter, or other purposes. Increasing number of small-sized superyachts has led to introduction of terms such as megayacht (~75 meters) and gigayacht (above 90 meter), which has led to limit the elite (100m+) superyachts, among luxury yachts.

Primary factor that impacts growth of the superyachts market is growing wealth of super-rich people in different regions. Increasing demand for charter superyacht by rich tourists propelled by rising global tourism expenditure boosts growth of the market. The number of ultra-high net-worth individuals, with net assets of at least US$ 30m, rose by 61% between 2005 and 2015 to 187,468 worldwide, according to Wealth Report, 2018, by Knight Frank (estate agent).

The aircraft galley is the on-board compact kitchen on air-borne vessel. As galley equipment occupy minimum space and ...

E-bike, also referred to as, electric bikes, is a bike that has an integrated electric motor aligned to the pedals of ...

There are different metals and alloys used in the manufacturing of batteries. However, alloys are preferred more as th...