Sustainable Seafood Market, by Product Type (Bivalves and other molluscs and aquatic invertebrates, Cephalopods, Crustaceans, Flatfish, Freshwater fish, Groundfish, Salmonids, Small pelagics, Tuna and tuna-like species and Others), by Form (Chilled, Frozen, Canned and Others), by Distribution Channel (Hypermarkets, Supermarkets, Convenience Stores, Specialty Stores, Online and Others), and by Geography - Global Forecast to 2025

Global Sustainable Seafood Market to Surpass US$ 18.63 Billion by 2025

Sustainable seafood refers to marketing and distribution of seafood through aqua farming or through wild catch in ways that would not harm the long term sustainability of species while also securing the future of the marine ecosystem. The close connection between seafood industry and global sustainability has resulted in developing different sustainability principles to seek and maintain ecological practices in this industry.

Owing to annual rate of catch being too high and overfished, it has been witnessed that several species are on the verge of extinction. According to a report released by the World Wildlife Fund (WWF), it was reported that global population of the Scombridae family of food fish that includes tuna, bonitos reduced by 74% in 2015. Similarly, according to the International Union for Conservation of Nature (IUCN), the Cassava croaker is estimated to decline by 30%-60% over the past several years affecting the marine ecosystem as well as impacting the local fisheries with the decline of local stocks. Furthermore, illegal fishing techniques carried by local fisheries have also impacted the marine biodiversity since recent past. Some of these fishing techniques used include bottom trawling, bycatch, cyanide fishing, dynamite fishing, and ghost fishing. For instance, in bottom trawling, considered one of the most harmful techniques is basically an industrial method where enormous nets are weighed down with heavy ballast and are dragged along the sea floor, thereby damaging the marine life. As a result, in heavily fished areas such as around coral seamounts of Southern Australia, around 90% of the corals have been found to be damaged. Hence, to maintain a sustainable ecosystem, several countries have banned this technique. For instance, in 2017, the EU implemented the ban on deep-sea bottom trawling beyond 800 meters in a move to protect the ocean ecosystem from industrial fishing. Similarly, bycatch in which the incidental capture of non-target marine species such as dolphins and turtles results in discarding of fishes and resulting in polluting the marine life. According to the WWF, bycatches represents around 40% of the global marine catches leading to high waste of food for both humans and marine species.

However, lack of stringent government regulations regarding illegal fishing techniques in the emerging economies is restraining market growth. Furthermore, lack of awareness among the suppliers and the consumers and high price of certified sea food products is hampering growth of the market among the price sensitive consumers.

The U.S. holds dominant position in sustainable seafood market globally, owing to high sea food consumption in the country. According to the National Oceanic and Atmospheric Administration (NOAA), in 2016, the value of fish landings in the U.S accounted for US$ 5.3 billion, an increase of over 2.1% over the previous year. The same study also revealed that 92% of the processed fishery products is used for human consumption. Furthermore, stringent laws and regulations and high awareness among the suppliers and consumers is propelling demand for sustainable seafood in the region. Organizations such as Greenpeace, NOAA and Marine Stewardship Council (MSC) are playing a key role in ensuring sustainable sourcing and supply of seafood without impacting the sea food industry. Furthermore, sustainable seafood campaigns supported by the FAO are playing a key role in the growth of the market. Moreover, growing consumer awareness along with NGO and media campaigns have further accelerated the demand for sustainable sea food market with focus on responsible sea food demand, transparency in supply chain and adherence to laws and regulations. Sustainable sourcing of seafood by some of the major retailers operating in the US such as ALDI, Walmart, WholeFoods is also boosting the market growth in the region. 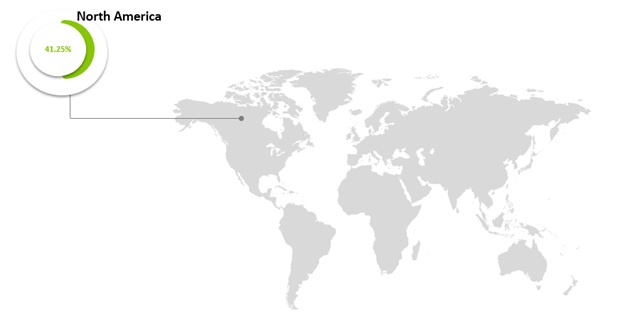 Retailers operating in the sustainable sea food market are adopting different strategies including collaborations, product expansions, increasing geographic presence among others for business expansion. For instance, in 2017, Lidl committed to stocking only MSC certified fresh and wild frozen seafood and farmed seafood certified by the ASC or Best Aquaculture Practices (BAP) across the U.S. stores.

Seafood is a major source of food in coastal areas worldwide, and according to Coherent Market Insights, the overall trade of the seafood industry was estimated to around US$ 150 billion in 2017, making it one of the most valuable industry, globally. According to Word Wildlife Fund (WWF), it has been estimated that around 40% of the world population is dependent on seafood for their primary protein source and 10%-12% of the global population is directly or indirectly dependent on seafood for their livelihood. Growing dependency on seafood has resulted in overfishing and resulting to disruption of the marine ecosystem, hence demand for sustainable seafood culture to maintain the balance of the ecosystem is increasing.

Several key leading retailers are focusing on sustainable seafood in order to cater to growing seafood demand, globally. For instance, Whole Foods Market—one of the global retailers is selling sustainable seafood across all its outlets and also stopped selling of a number of endangered species such as Bluefin tuna and shark. Furthermore, the company also partnered with organizations such as the Marine Stewardship Council, the Monterey Bay Aquarium, and the The Safina Center to focus on sustainable seafood. Similarly, Wegmans, which is another leading retailer does not stock species such as blacktip and por beagle shark, blue fin tuna (unless farm raised). To maintain this practice, the company works closely with the Sustainable Fisheries Partnership (SFP) since 2011 to maintain seafood sustainability policy. Some of the other leading retail chains that are focusing on sustainable seafood market are Hy-Vee, Safeway, Target, Aldi, Trader’s Joe, Walmart, and others.

Food service chains such as McDonalds, Starbucks, Subway and others are using sustainable sea food which is further promoting the growth of the market. For instance, for McDonalds, all the fishes used are sourced from Marine Stewardship Council certified fisheries. As a result, over 100 million Filet-O-Fish dish served annually across Europe carry the MSC certified label. Furthermore, in 2013, McDonalds became the first national chain in the U.S. to adopt the Marine Stewardship Council’s blue label on its fish packaging restaurants. Similarly, Subway–one of the leading quick service restaurants globally— became the first quick service restaurant to join the International Pole & Line Foundation (IPLF), thereby focusing on sustainably sourcing tuna species. The company has also partnered with Marine Stewardship Council (MSC) to source its tuna from MSC certified suppliers or other certified bodies.