Press Release: Telecom Towers Market to Reach US$ 75.5 Billion by 2027

Telecommunication towers or radio masts are tall structures designed to support antennas for telecommunications and broadcasting, including televisions. Telecom towers are grouped in a geographical location where population density is generally high and it connects a large number of cell phone users. This helps in avoiding saturation of the available capacity. The primary function of telecom towers is to give proper elevation to telecom antennas that will receive and transmit radio frequency signal from cell phones and other devices. Mobile service providers usually configure adjacent cell towers to make use of different frequencies.

Increasing use of mobile phones in rural and urban areas and growing population worldwide is boosting the competition among telecom providers to offer better network coverage. This in turn is expected to drive growth of the telecom towers market. For instance, according to Coherent Market Insights’ analysis, in 2019, 96% of people in the U.S owned a cellphone of some kind. Moreover, the share of people in the U.S. that own smartphones reached 81%, up from just 35% in 2011.

However, stringent rules and regulations of governments and telecom authorities such as limitations on height and the number of telecom towers installed in a specific area is expected to hinder growth of the telecom towers market over the forecast period. According to government of India rules, the base station antennas should be at least 3 m away from nearby buildings and antennas should not directly face a building. Furthermore, the lower end of the antenna should be at least 3 meters above the ground or roof. 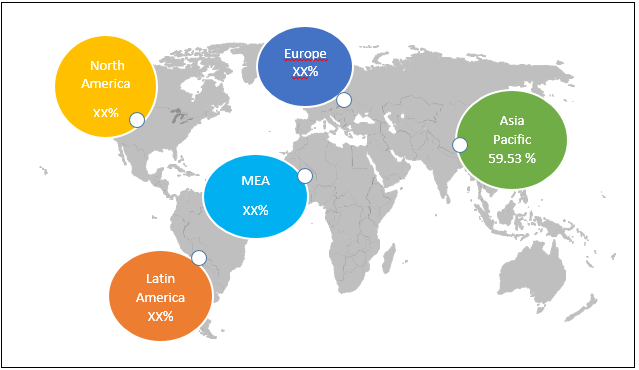 Asia Pacific is expected to be the largest and fastest growing market for telecom towers during the forecast period, owing to the increasing number of mobile phone subscribers across the developing economies of the region such as India and China. Large population and increasing scope of subscriber density across the developing countries of Asia Pacific such as India and China is driving the deployments of telecom towers. Increase in subscriber density in a particular area leads to surge in demand for additional deployment or upgrade of existing telecom towers with better equipment to efficiently handle the telecom traffic. For Instance, according to, CMI analysis, in the year 2012 around 580 million people were using internet in China and this number was increased to 802 million by the year 2018.

Increasing government initiatives to expand connectivity in remote and rural areas is also expected to boost growth of the market over the forecast period. For instance, government of India is planning to lay down the necessary infrastructure—including one million kilometers of optical fiber network—to bring digital connectivity to the country’s 239,000 gram panchayats. 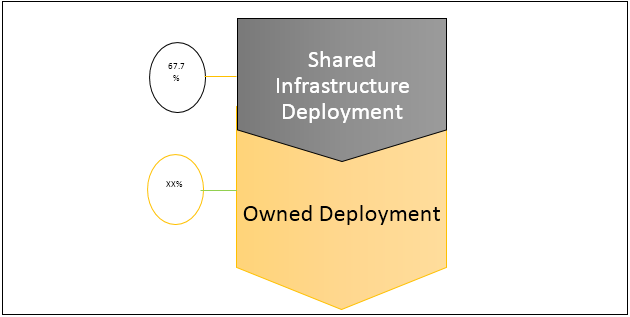 Among applications, the communication segment is expected to witness the highest growth rate over the forecast period, owing to increasing number of smartphone and internet users. For instance, according to CMI’s analysis, the number of internet users across the world in 2017 was 3.7 billion, which further reached 4.1 billion in 2018. Moreover, increasing adoption of wireless technologies such as Wi-Fi for residential and commercial purposes is also expected to drive demand for telecom towers for communication applications during the forecast period.

Increasing number of mobile users is expected to boost growth of the global telecom towers market. The number of mobile phone users is increasing in almost every remote area, which is boosting competition among service providers to offer better network coverage. Moreover, increasing number of telecom service providers, internet providers, Wi-Fi and broadband service providers is are expected to boost demand for telecom towers over the forecast period. For instance, according to GSM Association’s 2018 global estimates, there were 3.3 Bn mobile internet users in 2017, and it is expected to reach 5.0 Bn by 2025. This would increase the global market share of 4G customers from 29% in 2017 to 53% by 2025.

Increasing number of SMEs across the globe leads to high usage of internet worldwide, which in turn contributes to the market growth. For instance, according to Europe - India SME Business Council (EISBC), SME sector of India is contributing to 45% of the total industrial output, 40% in total Indian exports, while employing total 60 million of peoples, with creating 1.3 million job, annually and producing over 8000 quality products for the Indian and international markets.

However, harmful effects of high-frequency radio waves or microwaves on humans as well as the environment such as cancer and blood brain barrier are expected to limit growth of the telecom towers market over the forecast period. For instance, according to report published by National Center for Biotechnology Information, excessive usage of mobile phones increases the risk of brain tumors. Furthermore, stringent regulations imposed by government and telecom authorities for installing telecom towers are expected to restrain growth of the telecom towers market over the forecast period. The government of India does not allow installation of telecom towers within the premises of schools and hospitals as children and patients may be more susceptible to electromagnetic radiations. Installation of base station antennas in narrow lanes is also prohibited to reduce the risks caused by any earthquake or wind related disaster.

The influence of digitization has led to a significant shift in consumer adoption-pattern from the usage of convention...

In oil and gas industry there are three segments such as upstream, midstream, and downstream. Upstream involves explor...

Data erasure and data destruction service is used to permanently delete data from the hard drive. Companies and govern...

Edge emitting laser is a type of semiconductor laser where the laser light is propagating parallel to the wafer surfac...