Vegan footwear is one of the trading product in the market. vegan footwear are made without utilization of any animal by product such as wool, leather, silk, fur, and shearling naturally and eco-friendly.  With changing mindsets of young generation are more eco-consciousness towards the vegan product is encouraging and supporting the brands of vegan footwear.  Additionally, consumers are given more important to sustainable products and comfort that can help to increases the sales of vegan footwear.

Rapid shift towards the vegan products can drive the market growth in upcoming years. For instance, in January 2021, Adidas  a sports shoes Manufacture Company, launched their vegan shoes in the market which are made from mushroom leather. Additionally, Adidas launched sneakers which are made from mycelium, the thread like structure of mushroom. This sneakers are increasingly used as a vegan alternative to leather and become more popular in the globe in very short time.

Growing government rules and regulation toward leather products can drive the market growth in the forecast period. For instance, in December 2020, Adidas launched a sport shoes called Fiturecraft.Loop that is made from 100% recycled products materials and can be recycled over and over. The shoe is made from 100% reusable TPU, TPU is a material of thermoplastic polyurethane which make sole light, elastic, flexible, and abrasion properties. Even the laces are also made from recycled plastics which can helps them to increase the sales of the shoes. 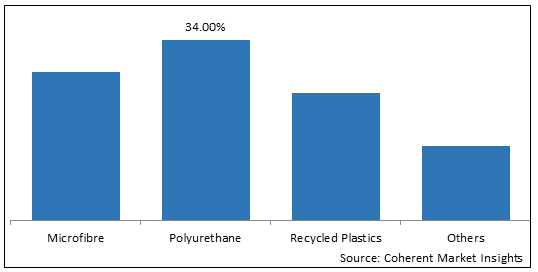 Lack of awareness regarding vegan footwear and high cost of the footwear, can restrain the market growth. For instance, in 2020, Nike announced partnership with musical artists and longtime vegan Billie Eilish to launch their new footwear ‘Space Hippie Line’ made from scrap materials. Nike can collect the scrap materials from factory floor and they called them space junk and recycled materials. Making the sustainability product such as athletic footwear can restraint the market growth.

Increasing demand for sustainable products and recycled commodities, vegan footwear is expected boost the market growth in the forecast period. For instance, in February 2022, the sports company, Puma launched their first vegan leather football boot, ‘King Platinum 21 Vegan’. This footwear is made for the modern players who are looking for animal free product and help to increase the sales of vegan footwear in the market. The rapid moving towards the eco-friendly footwear is better for animals as well as the environment which will helps to increase the presence of vegan leather in the market.

Increase the demand vegan footwear in the global market, the manufactures are focusing on developing new and advanced materials such as made the shoe by using mycelium. Furthermore, in April 2021, Reebok launched two new vegan athletic shoes, Nano X1 vegan and the Floatride Energy Grow. This shoes are made from castor palm oil, bloom algae, natural rubber, and recycled polyester. 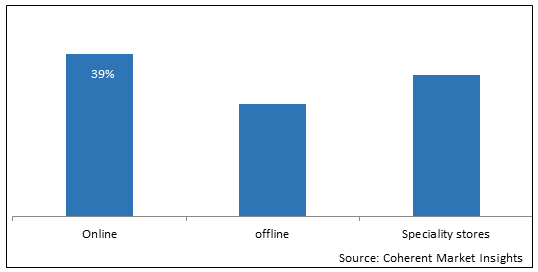 The COVID-19 has affected positively as well as negatively on the plant based industry. During the pandemic, vegan population rising rapidly which can helps to drive the market growth. Due to lockdowns, travel bans, and business shutdown can reduce the economic and industries growth of the developing countries. During the pandemic, disruption in raw materials supplies and freeze the supply chain, vegan footwear market witnessed the lower growth. Due to stringent regulation policies, import and export activities reduced significantly.  Due to lockdown and work from home can restrain the vegan footwear market growth. COVID-19 has negatively impacted on raw material and their prices due to shutdown of production unit and supply chain disruption. China is the largest supplier of raw materials, due to lockdown footwear industry was faced many problems and they increased the prices of raw materials.

There are no animal based by products or components used in making of vegan footwear. The main difference between vegan footwear and regular footwear is that vegan shoes are not made with animal extract materials like leather, wool, skin, and others. For making the vegan footwear manufactures use sticky rubber outsole, removable foot bed, water resistant upper, straps, laces, and all other component of the shoe. As vegan products are affordable compared to animal based products. Now a days, this products are more accepted in the fashion industry due to their causal or athletic look which can helps to drive the vegan footwear market growth.

Typically, the sneakers are made of leather, derived from cowhide, wool, fur, and hairs.  The Apple Skin a vegan footwear manufacture company made their product from the solid waste which are left over after pressing the apple and they are recycled the left over apple into new fabrics which has create lucrative opportunities in the market. Furthermore, Pinatex, a vegan footwear manufactures company made their products from the pineapple leaves. For instance, in December 2020, Asics a vegan footwear company, announced their partnership with German collective group GmbH. This partnership has focused to launch a new vegan leather shoes followed the popular Gel-Nandi and Gel-Quantum company because this products are used Gel sole which is invent for improve the consistency in athletic shoes. Additionally, in September 2021, Puma collaborated with a U.K. environmental business company ‘First Mile’, Puma developed a new collection of footwear & clothing under this collaboration. s

What is the global vegan footwear market size and compound annual growth rate (CAGR) of the market during the forecast period (2022-2030)?

The global vegan footwear market size was valued at US$ 40.4 Bn in 2021 and is expected to grow at a CAGR of 7.2% during the forecast period.

Increasing the number of vegan population across the globe is expected to drive the market.

Increasing demand for sustainable products and recycled commodities worldwide is one of the growing trends in the market.

High price of products is hampering the market.