The global coal fired generation market is estimated to account for 2,057.6 Giga Watts in terms of volume by the end of 2019.

Coal gasification and fluidized bed combustion are witnessing huge demand due to their lower emission standards. Such technologies are expected to experience robust growth due to strict rules and regulations imposed by the government. This has shifted electricity provider company’s preferences towards green technologies such as coal gasification and fluidized bed combustion. This is expected to augment the market growth over the forecast timeframe.

An increasing strategic partnership among key players for developing for efficient’ coal-fired power plants is expected to serve major growth opportunities. For instance, in July 2019, NTPC has announced that it has signed a Memorandum of Understanding with BHEL to Install World’s ‘Most Efficient’ Coal-Fired Power Plant. The plant would result in a reduction of carbon dioxide emissions by about 20 percent as compared to conventional sub-critical technology.

Increasing habitat destruction due to mining of coal as coal mines are not safe for human habitation as the land can cave anytime. Also, coal-fired power generation plant generates lots of waste which cannot be recycled or reused and this waste contains a huge amount of harmful substance which have a negative impact in the environment. This is expected to hinder the market growth over the forecast timeframe.

Pulverized coal systems are gaining traction in the market as they use powdered coal to generate thermal energy. Moreover, in Pulverized coal the rate of combustion can be controlled easily. Also, it offers a faster results to load changes. The trend of using pulverized coal systems across both residential as well as commercial applications due to growing awareness regarding the environmental benefits is further expected to augment the market growth of the coal-fired power.

Increasing commercial application of the coal-fired power generation due to rapid industrialization across the developing region is a growing trend in the market. Moreover, robust growth in the manufacturing industries coupled with the upcoming power plant projects across the developing region is expected to foster market growth of the coal-fired power generation. Thus, increasing dependency of the manufacturing industries on the coal to generate thermal energy market growth over the forecast period.

The COVID-19 outbreak has become a major threat to the entire world. The hospitality aviation industry are some of the worst hit industries, the power generation is also critically impacted due to the pandemic situation. Travel restrictions have meant that there has been a significant reduction in the use of public and private transport. As a result, fuel demand for transport has dropped significantly. The aforesaid factors are key reasons expected to hamper growth of the coal fired power generation market. 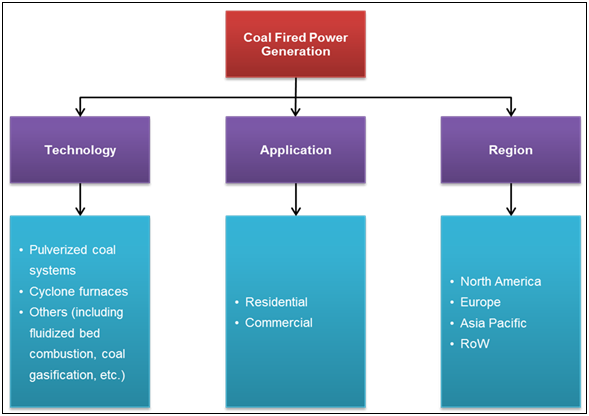