The global sodium acetate trihydrate & sodium acetate anhydrous market is expected to surpass US$ 1, 59,331.5 Thousand in terms of value by the end of 2028.

The Covid-19 outbreak has had an adverse impact on various industries around the globe. Due to the strict rules and regulations undertaken by government to curb the spread of the infection, companies are looking to function remotely. Moreover, various companies are looking to implement strict measures to operate at minimum risks. Additionally, various companies had shutdowns their manufacturing units which had an adverse impact on sodium acetate trihydrate & sodium acetate anhydrous market. 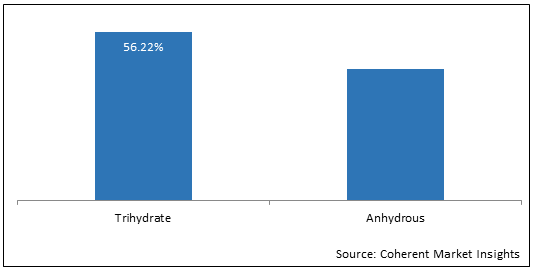