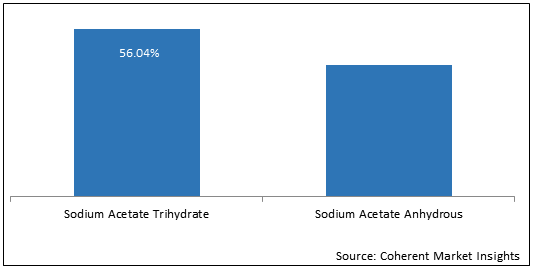 Lack of awareness regarding the benefits of the products is affecting the demand for sodium acetate trihydrate & sodium acetate anhydrous. This factor is hindering market growth over the forecast period. 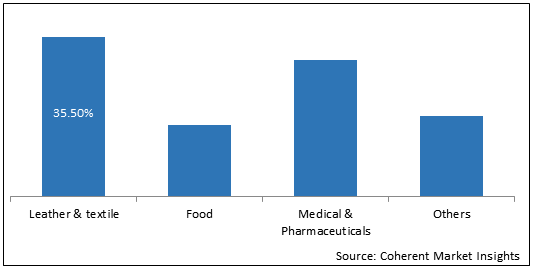 The leather & textile end use segment accounted for a share of 35.50% across the global sodium acetate market in 2019 followed by medical & pharmaceuticals, and others segment respectively. 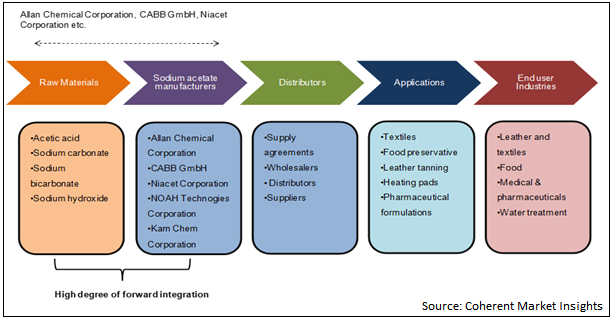 The global sodium acetate market has been impacted due to the ongoing COVID-19 pandemic. This can be attributed to the hindrance in the supply chain and shutting down of several many industries due to the imposition of lockdown. But, its demand across the medical and pharmaceutical sector has gained traction over the pandemic period. Moreover, rapid technological advances undertaken by the key players are projected to trigger the market growth over the post-pandemic period.

Sodium acetate is a type of salt which is widely being used as a food additive for enhancing the taste and mixing ability of processed foods. It also largely used in the preparation of drugs and animal food. The properties of sodium acetate such as acting as an acid regulator, preservative, and emulsifier are expected to augment its demand in the upcoming years. Also, its usage for the preparation of processed cheese, dairy products, meat, and egg-based desserts is projected to contribute majorly towards the market growth.

Sodium acetate has properties such as high density and solubility. Thus, it is widely used as a washing salt across the leather and textile industry. Moreover, its ability to protect the dye and increase its uptake is expected to trigger its market growth in the upcoming years. Also, it is being used across medical and pharmaceutical segment for preparation of medicines and drugs.

“*” marked represents similar segmentation in other categories in the respective

Growing demand for sodium acetate across the pharmaceutical globe coupled with rising adoption of lather based products is expected to augment the market growth over the forecasted period.

Rising usage of sodium acetate as a nematicide in the agricultural sector for killing worm on plants.

Solvents are chemicals used in the manufacturing of the dr...