Contraceptives: Choice to Conceive, Not Concede 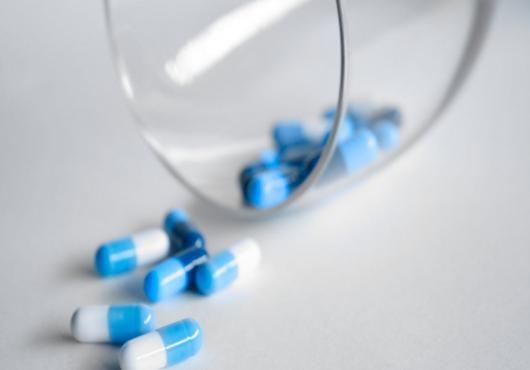 Contraceptives play a vital role in reducing cases of unwanted or unplanned pregnancy and also reducing the incidence of sexually transmitted diseases (STDs) to a certain extent. Global demand for contraceptives is expected to grow steadily as a focus on family planning and preventing STDs gains prominence. The global contraceptives market will continue to be influenced by the regulatory environment, as governments in both developed and developing countries focus on reducing planned abortions. Demand is also projected to be positively influenced by increasing awareness about the threat of STDs, including HIV. However, according to the International Center for Research on Women (ICRW), globally, over 140 million women still lack access to family planning procedures, with a high percentage living in sub-Saharan countries.

Access to quality, yet affordable contraceptives has become a key component of the domestic healthcare policies across the globe. Despite resistance and criticism to contraceptives from religious bodies, governments across various countries have made sweeping changes to bring contraceptives under the gamut of their healthcare offerings. The initiative has received international attention as well – in 2012, global leaders met in London to formulate strategies to accomplish the ambitious FP2020 program. Hosted by the United Nations Foundation and funded by prominent organizations such as the Bill & Melinda Gates Foundation, the program seeks to help women in the world’s poorest regions make voluntary decisions on family planning.

For manufacturers, the U.S. remains a lucrative market, with contraceptive sales witnessing a consistent increase. In the U.S., nearly 99% of women in the age range of 15-44 years have used at least one contraceptive method. Of these, roughly 70% are temporary contraceptives such as pills and injectables, as most of the demographic group intends to conceive at a later stage.

As the price per pill and injectable is relatively high in the U.S., manufacturers can focus on developing cost-effective products to further increase their market penetration. However, the anticipated changes in regulations can have a severe impact on the U.S. contraceptives market. Insurance coverage for contraceptives was mandatory under Barack Obama’s Affordable Care Act, also known as Obamacare. In contrast, the reigning Republican Party has traditionally been averse to birth control and abortion, owing to which contraceptives use may become a more costly affair.

After the U.S., China is the second-largest market for contraceptives. Male condoms and nonpermanent contraceptives are the two most widely used methods of contraception in China. Unlike the U.S., contraceptive pills are not as widely used as IUD coils, owing to fears that the former increases the risk of infertility and miscarriage. Attitude towards sex varies widely according to demographic — the elderly population in China still view premarital sex as a taboo, while the young population has a liberal stance about it.

The contraceptives market in India—the third-largest market globally—has witnessed exponential growth over the last decade or so. While attitudes towards premarital sex still remain conservative, urban women are taking a proactive approach to preventing unplanned pregnancies. Condom sales have also spiked owing to a sustained government campaign promoting safe sex. In addition to condoms and birth control pills, India has also become a fledgling market for emergency contraceptive pills. Cipla’s iPill is a massively popular emergency contraceptive pill in the country. The brand was later sold to Piramal Healthcare for nearly US$15 million.

Despite India’s growth as a prominent market for contraceptives, there is still a largely untapped market, especially in rural areas. Couples in rural areas still rely on archaic methods of contraception, such as withdrawal to prevent unwanted pregnancies. As has been proven by research, these techniques fail one-fifth of the time. Also, these also put couples at a high risk of STDs, which can be prevented to a certain extent by use of certain contraceptives such as condoms. While the growth of the India contraceptives market does face serious challenges, it is expected that favorable initiatives by government and not-for-profit bodies will positively influence the market.

The methods of contraceptives vary widely across the world, with cultural and social factors playing a key role in choosing a contraceptive. While pills remain dominant in the U.S., couples in Africa have a preference for injectables. In the Asia Pacific, sterilization is still viewed by many as a low-cost, permanent fix for contraception. Manufacturers such as Bayer, Merck and Pfizer are relying on innovation to capture market share. While contraceptive pills, IUDs, and injectables prevent unwanted pregnancies, they still expose women to the risk of STDs. Keeping this in mind, manufacturers are focusing on developing the next generation of contraceptives that serve both purposes – preventing pregnancies and STDs.

To know more about the latest market trends and insights, read the report titled, “INTRAUTERINE CONTRACEPTIVE DEVICES MARKET - GLOBAL INDUSTRY INSIGHTS, TRENDS, OUTLOOK, AND OPPORTUNITY ANALYSIS, 2016-2024″, published by Coherent Market Insights. Click on the link below to access the report –