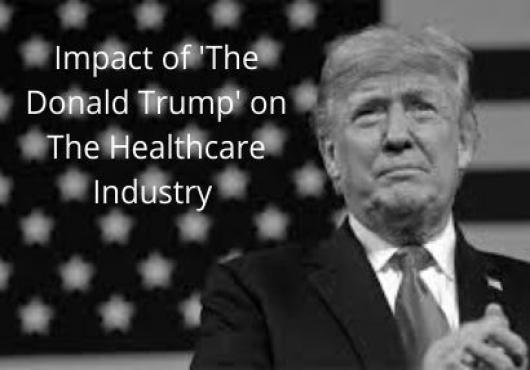 Donald Trump has created quite a stir as soon as he stepped in as the 45th President of the United States of America. His first order was directed to reduce the fiscal load of the Affordable Care Act (Obama Care). He reinstated the Global Gag rule and strengthened border security by ordering to build the Mexico border wall. He passed the order for suspending refuge admission and barring entry of immigrants from certain Muslim countries. He has been the topic of conversation everywhere.

As stated, Donald Trump has decided to repeal Obama care. He has offered some tangible facts on his plans on healthcare but the larger picture is still unclear. Also, a part of Republican senators wants a written replacement policy before repealing Obama care. This could take months or years. While Big Brother works on reforms and complete overhauling of various policies, the entire world watches with bated breath. 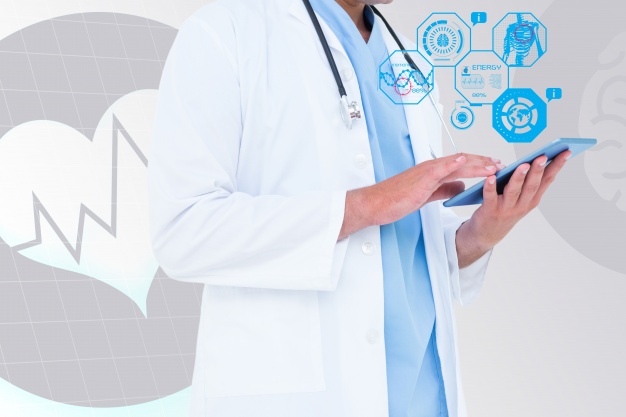 President Donald Trump has portrayed himself as a ‘pro-life’ person. Among the many orders he passed as soon as he held the presidency, the most provoking was stopping aid to non-governmental organizations across the globe that advocate abortion services. The ban applies to all US foreign aid that supports abortion or even converses abortion as a family planning option.

This global gag rule is not new to the world. It was first implemented by Ronald Reagan in 1984. Bill Clinton repealed it. George W Bush reinstated it. Barak Obama repealed it. Donald Trump reinstated and expanded it in an unparalleled way. As per Population Action International (PAI), the gag rule would adversely affect around US$ 9.5 billion in global health funding in comparison to US$ 575 million in family planning and reproductive health.

The most detrimental fact about the gag rule is that it tries to control how international organizations dispose of their own funds from other sources. This has been looked upon as a step to stop abortions globally. Organizations must distance themselves from abortion or lose funding for other medical requirements. The gag rule, however, does not emphasize a lower abortion rate. For example, in Sub-Saharan Africa there were higher abortion rates after George Bush imposed the gag rule. With reduced access to contraception, women were susceptible to unwanted pregnancies that they chose to terminate.

The outrageous extension of the gag rule would affect health organizations in 60 low and middle-income countries. The lack of financial backing will negatively affect not only abortion but extend to contraception. It may further evade organizations from offering services for HIV prevention, maternal healthcare, etc. This may have an upsetting effect on women’s health across the globe. This will spread the US abortion war across the globe, the victims would be women outside the U.S.

Large global family planning organizations such as International Planned Parenthood Federation and Marie Stopes International (MSI) have indicated that they disagree with the gag rule. They are not going to stop offering abortion services. They have stated that such a policy refutes human rights putting women’s life at risk. Safe abortion is an important part of women’s reproductive health. The World Health Organization (WHO) estimates that unsafe abortion causes 13% of maternal deaths worldwide.

The gag rule will lead to more women deaths amongst developing nations. Marie Stopes International claims that without a substitute funding, the loss of its services will lead to 6.5 million unintended pregnancies, 2.2 million abortions, 2.1 million unsafe abortions, and 21,700 maternal deaths, from 2017 to 2020. The organization will also be unable to reach 1.5 million women with contraception each year.

It is estimated that Marie Stopes International will have a US$ 30 million deficit after losing funds through the United States Agency for International Development (USAID), which is about 20% of its annual budget. This implies that 1.5 million women would be deprived of access to contraception through its clinics. IPPF said that it estimates losses in the tune of US$ 100 million, which is around 25% of its budget, affecting programs in 30 countries.

As per an independent study, reduced funding to USAID would also lead to staff reduction and clinic closure. During the Bush Presidency, due to gag rule, a network of clinics that aided more than 1,300 communities in Ghana had decreased its nursing staff by 44 percent.

When Donald Trump was elected US President, drug stocks soared as he was considered favorable to industry than Hillary Clinton. However, he has targeted companies that offer value-added goods and services to the government. He has assured us to force drug and biotechnology companies to bid for government business. He asserted the government would save billions. He commented that though the United States of America was the largest buyer of drugs, still the bidding was not appropriate. Not surprisingly, the Nasdaq Biotechnology Index fell 3% and the Standard & Poor’s 500 Pharmaceuticals, Biotechnology & Life Sciences Index fell 1.7%. Trump insisted that he would direct new procedures for bidding on drugs for government programs.

The drug industry is heavily subsidized by US taxpayers and patients. They pay an advanced price for drugs than anywhere on the planet. The business-friendly Republicans have a task at hand making the government arbitrate and negotiate prices against private industry.

Donald Trump has brought in uncertainty in the healthcare space. Not much can transpire in an industry where policies that could affect tax rates and government payments are not set yet.

The global gag rule that asserts that NGOs should not use funds from other sources on providing abortion and abortion-related services to be eligible for aid from United States of America has its effect on India as well, particularly on rural women. USAID reportedly spent US$ 21 million on Family planning and reproductive health in India in 2015 and around US$ 13.9 million in 2014. Imagine the dearth in finances when funding of this huge scale is stopped. What a catastrophic effect it would have on rural Indian women.

The United States of America is the main export market for US$ 36 billion pharma industry in India. Indian generic medicines are priced reasonably and are of the uppermost quality. However, the past year was rough on the Indian drug sector. There was increased inspection from the US Foods & Drugs Administration that lead to a single case of the ban on the export of Indian medicines to the United States of America along with series of warning letters and import alerts. The top three companies Sun Pharma, Dr. Reddy’s and Lupin have fallen 29-46 percent from their highs because of USFDA actions.

The direct result of the remarks was that the shares of Sun Pharmaceutical Industries Ltd, Dr. Reddy’s Laboratories Ltd, Aurobindo Pharma Ltd, Lupin Ltd, Cipla Ltd, Cadila Healthcare Ltd were down in the range of 1-2% on the Bombay Stock Exchange, following the decline in pharma stocks in the United States of America. Sun Pharmaceuticals, dropped 1.6% to Rs. 637.80. Dr. Reddy's fell 1.7% to Rs. 2,990. Aurobindo Pharma down 1.9% to Rs. 691.40. Lupin lost 1% to Rs. 1,506 and Cadila Healthcare fell 2.3% to Rs. 348.40. With criticism from Trump, around 87 export-oriented pharma companies from a total of 126 devalued in the Bombay stock exchange, falling in line with the companies in the United States.

In recent times, drug pricing especially that of branded drugs have been in focus. However, with the Department of Justice probing lobbying by drug makers for increased prices even generic products are under inspection. Consolidation of hospitals and insurance companies would result in pricing pressure in the healthcare market of the United States of America. Moreover, rising competition, price erosion has led to pricing pressures for Indian generic companies functional in the United States of America. It is believed that lower prices could result in swift processing of applications and permissions by the US FDA.

Donald Trump has projected removal of entry restrictions for drug makers that offer safe, consistent and economical products. This could help bring new opportunities for Indian companies. India is likely to remain the preferred choice for safe, effective and affordable medicines to many in the U.S.

As the generics imported from India are much cheaper, imposing a higher import duty on medicines would not hurt Indian companies. The companies would effortlessly pass on the added cost to the customers without affecting demand. Moreover, Indian drug makers are also investors in the United States of America, thus Donald Trump’s election promise to save jobs will not pose threat to them and will be advantageous to Indian pharma companies such as Sun Pharma, Dr. Reddy’s, Cipla, that have manufacturing units in the country.

The new administration is substituting older policies and regulations. It is too early to evaluate the effect of upcoming changes in policies on pharmaceutical and healthcare industries globally and in India. So, it’s waiting and watch for a while.

To know about the Latest Insights provided by Coherent Market Insights click here.