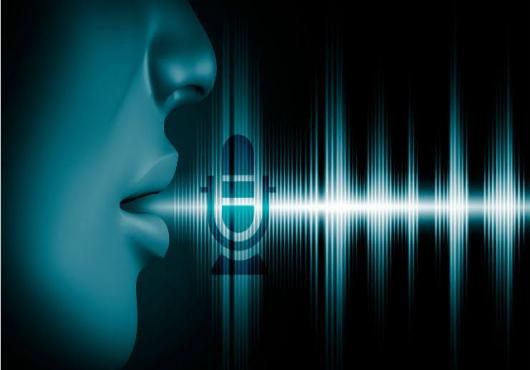 Your voice is the portal to your mind. Voice and cadence from time-immemorial have been used as a natural lie-detector and to know a person’s mental state at the surface-level. On a more advanced level, vocal biomarkers are tools that use voice-input to give a clear insight into a person’s health conditions. It allows non-invasive, effective and fast diagnosis unlike blood tests, MRI/CT-scans, to detect serious conditions. Analysis of various aspects of a person’s voice can help analyze the mental and physical well-being of the person. Voice biomarkers have tremendous potential to turnaround diagnostic-procedures in terms of speed, accuracy, and cost-effectiveness. Moreover, the voice-based diagnosis does not expose patients to radiation and therefore are safe.

This revolutionary and potentially disruptive technology is extremely simple and has a very diverse application. The technology allows people to undergo a primary diagnostic check without being physically present for the same. The user needs only send his voice sample, which in turn can be analyzed to diagnose cardiovascular diseases and psychiatric and respiratory disorders in a relatively short span of time. People are often reluctant and embarrassed to share their problems especially related to mental health; here, voice can indicate underlying medical conditions accurately without the patient’s direct involvement. This is highly beneficial for post-traumatic stress disorder patients such as army personnel and those who’ve undergone traumatic events and suffer from survivor guilt. Chest pain caused by the hardening of arteries (coronary artery disease) affects voice production. Several research institutes, government organizations, universities in unison are working towards harnessing the true potential of this technology and introducing further refinements to increase accuracy in diagnosing major conditions such as Parkinson’s disease, postpartum depression (which is mostly ignored and not detected), dementia, and other disorders.

The U.S. spearheading research activities. The Asia Pacific to emerge as the largest market

Scanning diagnostic techniques like MRI/CT scans are loud, cumbersome, expose the user and the operator to radiation, are very expensive and thus, are a precious commodity reserved mainly for large specialty hospitals and often beyond the reach of the common folk in emerging economies. Regions such as the Asia Pacific and Latin America are characterized by a high incidence rate of various chronic diseases and relatively poor healthcare infrastructure. According to the National Center for Biotechnology Information, Asia Pacific accounts for a staggering 61% of suicides, with 68–97% of these cases suffering from diagnosable psychiatric disorders. The commercialization of low-cost vocal biomarkers would help significantly alleviate these conditions.  Cogito—a Boston-based company—has developed a voice-analysis app to monitor mood changes and for early detection of bipolar disorder and depression. The World Health Organization (WHO) estimated that over 350 million worldwide suffered from depression in 2016, inadvertently creating a highly conducive environment for market growth. The robust healthcare infrastructure in the U.S. and is home to various well-funded research organizations armed with cutting-edge technology, making it a highly lucrative breeding ground for vocal biomarkers. Various U.S. government agencies have tie-ups with voice-based analysis researchers and companies to expand the voice biomarker market into different areas such as war-induced trauma, geriatrics and are involved in extensive research related to advanced voice-analysis products especially for self-diagnosis. The US Army in May 2016 entered into a collaboration with MIT researchers to develop a voice-based detection device to diagnose a brain injury. American Heart Association with Mayo Clinic and Beyond Verbal have developed AI algorithms using machine-learning to detect voice patterns indiscernible to the human ear for early detection of coronary heart disease.

Start-ups such as Beyond Verbal based in Israel, Boston-based Sonde Health, Audio Profiling based in Berlin, tech giant IBM Corporation, Cogito Corporation and many more are vying against each other to promote voice-based diagnosis systems.

Self-diagnosis just an app away

User-friendly apps will enhance the possibility of self-diagnosis and help patients and their kin to know potential health-risks in advance. Mayo Clinic has projected the emergence of vocal-test apps on smartphones or other voice-enabled devices as a low-cost screening option to identify people with heart diseases and other disorders. Centre for Disease Control and Detection has claimed there is a heart attack every 42 seconds in the U.S. Early detection of symptoms drastically improves the survival rate of people suffering from heart diseases. The downsides of voice-based analysis are faked-intonation and voice unscrupulously, privacy and security issues concerning recorded voice, though companies assure that only voice pattern is recorded by their algorithm. Vocal biomarkers promise to revolutionize preventive care and it is only a matter of time before you voice your opinion about good health!