Adhesive films are films, tapes, and sheets that are coated with adhesives. These films are used to create a bond between two surfaces and are also easy to use. Construction, aerospace, electronics, handheld computing, and automotive are some of the key applications of adhesive films. Adhesive films are produced from different materials such as polyvinyl chloride, polyvinyl acetate, polyethylene, and polyvinyl butyral.

Asia Pacific held dominant position in the global Adhesive films market in 2020, accounting for 35.77% share in terms of volume, followed by North America and Europe, respectively. As a result of rising construction, and aerospace industry, as well as product innovation. 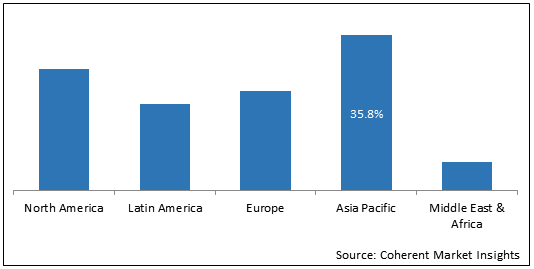 High manufacturing costs and complexities associated with the production of adhesives films are expected to limit the demand for the product. This factor is expected to hamper the market growth.

Growing research and development activities by the key manufacturer for developing innovative adhesives films with reduced production cost is expected to serve major opportunities. Rising demand for high-performance and cost-effective adhesives films is again expected to foster market growth. Moreover, the rise in the various manufacturing industries across developing regions is further expected to provide immense opportunities in the adhesive films over the forecast timeframe.

Polypropylene material is gaining traction in the market as it is more versatile and cost-effective plastic than other plastics. Moreover, polypropylene is highly resistant to a wide range of acids and solvents solutions. It is majorly used in the food packaging and multi-purpose packaging applications. Moreover, increasing urban population and rise in the end-user sectors around the globe is further expected to augment the market growth of the adhesive films over the forecast period. 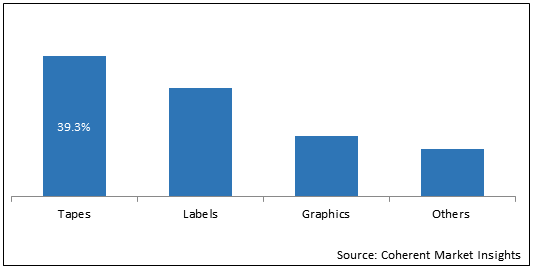 The Covid-19 pandemic has had a substantial positive impact on the adhesive films market, with strong demand expected from the e-commerce and food & beverage sectors in the packaging adhesives portfolio. Medical devices, equipment, and products like virucides and antimicrobials have seen an increase in demand from healthcare providers, signal well for the adhesive films market forecast from 2021 to 2028. However, as a result of the impact on automotive supply chains, the transportation industry is likely to suffer a decline.

Adhesive films are thin sheets of high-performance industrial adhesive backed by a rigid backing. While adhesives are used for a broad range of applications, including fastening, assembling, sealing, and fastening together a variety of materials, the most common application is in bonding fabrics and coatings. Despite their relatively low thickness, they provide a very good level of sealing performance comparable to rivets, screws, bolts, and other fasteners for most applications. They can also be used as a binder, meaning that they can bond two or more materials together in order to form a more complex joint. The backing polyurethane which is typically used in this type of joint also adds strength to the bond.

Increasing launch of new product by key players is expected to propel growth of the adhesive films market over the forecast period. For instance, in August 2021, Cosmo Films has launched new film products for the label and flexible packaging industry. The new range of films include BOPP face stocks, water-based and UV flexo-compatible film, direct thermal film, and synthetic paper.

High manufacturing cost is expected to limit growth of the adhesive films market over the forecast period.

What is the current market size and compound annual growth rate (CAGR) of the market during the forecast period (2021-2028)??

What are the Major growth driving factors for the market during the forecast period?

Increasing demand for compact and lighter electronic devices is driving the market growth of adhesive films and tapes.

The Applications segment is the leading component segment in the market

The fluctuating price of the raw material used in the production of the adhesive films is expected to hinder the market growth.

Why is the Asia Pacific region dominating the market?

Asia Pacific region is expected to hold dominant position in the market over the forecast period. The growth of the market in the region is driven by rising construction, and aerospace industry, as well as product innovation.