Growth of the advanced wound care management market is primarily driven by increasing incidence of diabetes coupled with chronic wounds and increasing geriatric population. According to Centers for Disease Control & Prevention (CDC) in 2016, 23.6 million people suffered from diabetes, which is 7.8% of the total population in the U.S. One third of the diabetic population in the U.S also suffered from lower extremity wounds.

Moreover, according to the statistics published by Diabetes UK, in 2015, the prevalence of diabetic foot ulcers among diabetic population is estimated to be 2.5%, which accounted around 86,000 people in the U.K. Also, foot complications are the most common reason of hospitalization in the U.K. Furthermore, increasing prevalence of diabetes in China and India, is expected to create a conducive environment for the growth of this market in these countries. According to World Health Organization (WHO), the number of diabetic patients in India and China are expected to reach 79.4 million and 42.3 million, respectively, by 2030.

Also, according to the Diabetes journal, in 2014, the annual incidences of diabetes stood around 1–7%, globally. With the huge population base suffering from diabetes both in advanced and emerging markets, the advanced wound care management market is expected to witness robust growth rate in the forecast period (2017–2025).

However, high cost of products associated with the treatment of chronic wounds is one of the factor adversely affecting growth of the advanced wound care management market. According to report published by The College of Podiatric Medicine, in 2015, around 9%–20% of patients in the U.S with diabetic foot ulcers require hospitalization. Furthermore, it also stated that the cost of treatment of diabetic foot ulcers increases with age and duration. 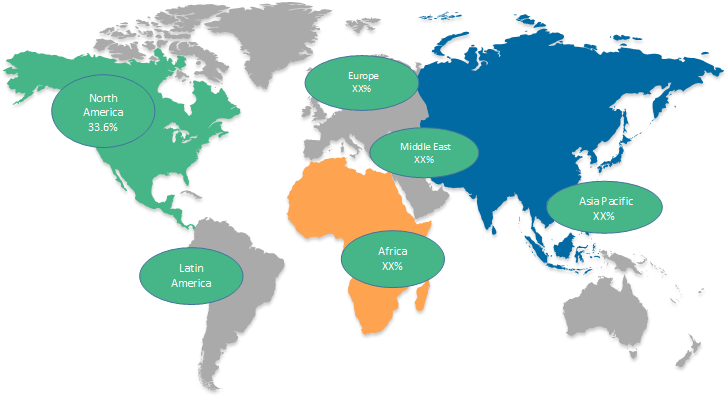 North America held the dominant position in the global market, owing to increasing prevalence of pressure ulcers. According to the National Center for Health Statistics, in 2015, over US$ 13 billion was spent on pressure ulcer management. Furthermore, National Institute of Health and CDC estimated that as of 2015, in the U.S alone, around 2.5 million pressure ulcers were cured.

Asia Pacific is an emerging region in the advanced wound care management market. This is owing to increasing number of global players tapping in the region. For instance, in January 2016, Avita Medical and INDEE Medical signed a distribution agreement for ReCell Device — a medical device used in conjunction with conventional treatments for burns and reconstructive procedures — in Japan. In January 2015, Mundipharma started distribution of Medifoam (also known as BETAplast in South East Asia) in South Asian markets such as Malaysia, Thailand, and Vietnam including China and South Korea. Furthermore, in February 2014, ConvaTec, introduced its revolutionary Aquacel Ag+ wound dressings in European Union, Canada, Hong Kong, and Malaysia. Also, in the same year, ConvaTec started operations in India to up bring novel healthcare technologies and treatment measures in Asian market. Also, in 2012, Smith & Nephew launched 23 new wound care products in Asian market.

Manufacturers in the global advanced wound care management market are increasing focusing on product launches and acquisition strategy. This is expected to aid in growth of the market. For instance, in April 2017, Rehab Medical Inc. — a U.S.-based healthcare company — acquired Ohio-based Crow Creek Therapeutics. The acquisition is expected to aid Rehab Medical in increasing its portfolio of offerings in the wound care market. Furthermore, In January 2017, Integra Life Sciences Holdings Corporation — a wholly-owned subsidiary of Integra Derma Inc. — entered into a definitive agreement with Derma Sciences Inc. — a tissue regeneration company — to acquire the latter. This acquisition is expected to help the company in growth of its advanced wound care business.

Major factors driving growth of the advanced wound care management market include increasing prevalence of diabetes coupled with chronic wounds, and growing geriatric population. According to Centers for Disease Control & Prevention (CDC) in 2016, 23.6 million people suffered from diabetes, which is 7.8% of the total population in the U.S. One third of the diabetic population in the U.S also suffered from lower extremity wounds. However, high cost of treatment, is one of the factor expected to hinder growth of the global advanced wound care management market.