Press Release: Anti-Reflective Coatings Market to Surpass US$ 7,717.46 Million by 2025, Buoyed by Increasing Demand for Light Transmitting Eyeglasses and Lenses

Anti-Reflective Coatings Market to Surpass US$ 7,717.46 Million by 2025, Buoyed by Increasing Demand for Light Transmitting Eyeglasses and Lenses

Asia Pacific is the fastest growing region, in terms of value, in the global anti-reflective coatings market. Asia Pacific was valued at US$ 1,130.07 Mn in 2016. This is attributed to increasing population and large demand for non-conventional energy resources, which in turn is projected to drive the anti-reflective coatings in Asia Pacific countries like India, China, and South Korea. According to Ministry of Commerce People’s Republic of China, renewable energy law has enacted for the purpose of promoting the development and utilization of renewable energy with encouraging the adoption of non-conventional energy sources and aiding the growth of market. Furthermore, increasing production of automobile in China, Mexico, India, and Thailand is projected to fuel the anti-reflective coatings market growth during the forecast period. According to the India Brand Equity Foundation (IBEF), which is a trust established by the Department of Commerce, Ministry of Commerce and Industry, Government of India, India’s share in the global passenger vehicle market is expected to reach 8% by 2020 and the production of two wheeler is expected to rise from US$ 18.8 million in 2016 to US$ 34 million by 2020. 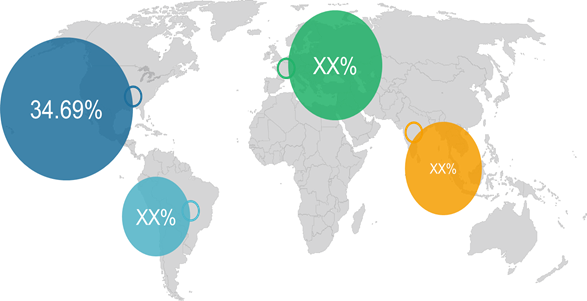 North America accounted for major shares in the global anti-reflective coatings market, both in terms of revenue and volume, in 2016. However, environmental regulations on raw materials is a major restraint for the market growth, especially in Asia Pacific.

Rising demand from various end-use industry such as medical, automotive, solar power, defense, and military fuel the growth of anti-reflection coatings market during the forecast period. The technological advancement in the anti-reflective coatings have led to its applications in medical treatments and analysis of disorders. Furthermore, these are also used in display with high resolution to improve contrast levels and to protect electronic display from physical damages.