Anti-venom is a medicine used in the treatment of bite from venomous animals including snake, scorpion, spider, jellyfish, stone fish and others. Anti-venoms are sub-categorized in two types: monovalent and polyvalent. According to World Health Organization (WHO), monovalent anti-venoms, also known as monospecific anti-venom, are the anti-venoms that are limited in use to a single species of venomous snake or to a few closely related species, whose venoms show clinically effective cross-neutralization with anti-venom. Polyvalent are anti-venoms that are obtained by fractionating the plasma from animals immunized by a mixture of venoms from several species of venomous snakes

University of Arizona is developing polyvalent F(ab)2 Equine, an anti-venom indicated for the treatment against the North American coral snake (Micrurus) bite. Currently (2018), the product is under phase 3 clinical trial and is expected to get approval in the near future. Presence of such new products in pipeline is expected to support the global anti-venom market growth over forecast period.

Approvals and launches of novel drugs in key regions are also expected to be a major factor to drive anti-venom market growth during the forecast period. For instance, in October 2018, Silanes Laboratories received the U.S. Food and Drug Administration (FDA) approval for Anavip, an anti-venom against the bite of snakes of the Crotalus family, which includes the rattlesnake. In 2017, Rare Disease Therapeutics, Inc. partner of Silanes Laboratories, launched Anavip in the U.S. market.

Furthermore, key players in the market are focusing on increasing shelf life and extending the expiry date of its products. For instance, in September 2018, BTG plc. announced that the U.S. Food & Drug Administration (FDA) has granted approval for updating the shelf life of CroFab Crotalidae Polyvalent Immune Fab (Ovine) to 60 months.

In 2018, Pfizer, Inc. worked with the U.S. Food and Drug Administration (FDA), to extend the expiration date of Antivenin’s Lot No. L67530 for an additional 12 months. 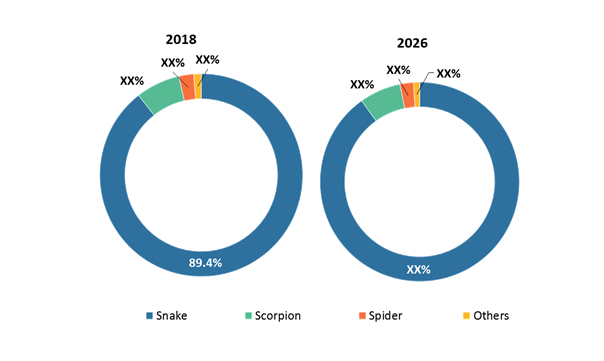 Asia Pacific anti-venom market is expected to hold the largest market share during the forecast period, owing to high incidence of snake bites in countries such as India and Bangladesh. For instance, according to the data published by Journal of the Association of Physicians of India, in 2017, around 50,000 people die in India annually, due to venomous snake bites.

However, in rural areas of key regions such as India, Bangladesh, and Nepal the adoption rate of anti-venom is quite low as people in these areas adopt traditional treatment outside healthcare facilities over anti-venom. For instance, according to the data published by Journal of Pharmacology & Clinical Toxicology, in June 2018, in Bangladesh only 3% of snake bite victims visit hospital for their treatment 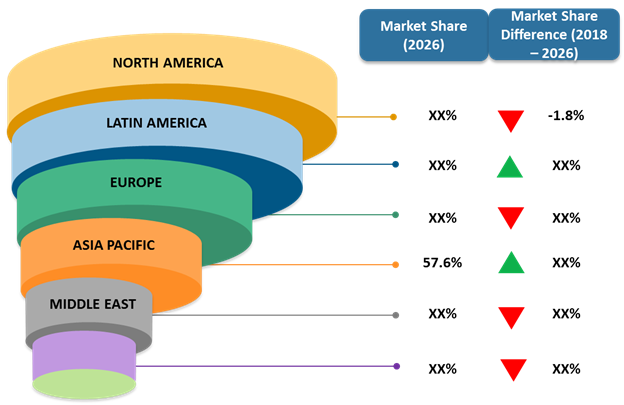 Various companies, regulatory bodies, and private organizations are working together in order to spread awareness regarding poisonous animal bite and use of anti-venom’s against it. Hence, key players in the market can strategically collaborate with organizations and can work to spread awareness regarding snake bite treatment. For instance, in November 2015, the Health Action International (HAI) and Global Snakebite Initiatives (GSI) partnership took initiative to promote a Member State side-event on snakebite at the World Health Assembly in May 2016, aiming to raise awareness of the global snakebite burden, amplify existing, but underused health systems and scientific innovations.

High price of anti-venom and treatment procedure with anti-venoms are expected to be the major factor hindering the market growth during the forecast period. For instance, according to the data published by World Health Organization (WHO) in March 2018, in sub-Saharan Africa in 2010 and 2011, the direct cost of anti-venom alone ranged from US$ 55 to US$ 640 for an effective treatment, using recommended doses, with the average cost being US$ 124.7. Such high prices are not easily affordable by population in emerging economies.

Anti-venom is a medication majorly used to treat snake bites and it can also be used to treat bites from scorpions, spiders or other reptiles. It is made by fractionating the blood of the donor (horse or sheep), which is hyper immunized with snake venom. These products are available in either lyophilized or liquid forms. Anti-venom is the only effective therapy against snake bites and they also save patients from cell and tissue necrosis, thus helping save vital organs.

The incidence of animal bite such as snake, and scorpion is high. High incidence of poisonous animal bite is also expected to be a major factor driving demand for anti-venom in the near future.

For instance, according to the data published by World Health Organization (WHO), in 2018, it was estimated that globally, the incidence of snakebite is around 4.5 to 5.4 million bites from venomous and non-venomous snakes, out of which around 1.8 million to 2.7 million cases of snakebite are envenoming.

Increasing initiatives by government and various other organizations to increase awareness about snake bite and its treatment is further expected to support adoption of anti-venoms during forecast period. For instance, World Health Organization (WHO), in June 2017, added snakebite to its priority list of neglected tropical disease, which would result in more focused effort to prevent death from snakebite, thus boosting growth of the anti-venom market.

What are the growth estimates for anti-venom market till 2026?

Which are the prominent anti-venom market players across the globe?

What are the key factors hampering growth of anti-venom market?

High price of anti-venom and treatment procedure with anti-venoms are some of the major factors that are expected to hamper growth of the market over the forecast period.

What are the key factors driving growth of the anti-venom market?

Robust pipeline and frequent approval of novel anti-venom is one of the major factors that is expected to propel growth of the market over the forecast period.

What is the compound annual growth rate (CAGR) of the anti-venom market for next 8 years?

Among regions, Asia Pacific is expected to hold dominant position in the market over the forecast period.