Distribution channel of artisanal ice cream includes hypermarkets & supermarkets, specialty stores, online channel, and others. Other distribution channel comprises convenience stores and departmental stores. The online channel is predicted to grow at a faster pace during the forecast period, attributing to increased penetration of internet and mobile phones across the globe.

According to Internet and Mobile Association of India (IAMAI)’s report published in 2017, the number of internet users in India was 481 million in December 2017 and is expected to reach 500 million by June 2018, recording an increase of 11.34% over the period. This factor is expected to contribute to growth of the e-commerce industry in the near future, thereby boosting the sales of artisanal ice creams through the online distribution channel.

High prices associated with artisanal ice cream is projected to hamper the market growth. The high prices of artisanal ice cream are a result of three factors: ingredients, production processes, and distribution. However, players operating in artisanal ice cream industry are focused on developing production technology that can offer better product quality with a higher shelf life. For instance, DuPont offers the CREMODAN 500 COLDLINE emulsifier & stabilizer system, which is specially designed to boost quality of traditional, handmade ice cream without homogenization or pasteurization. It provides flavor as well as storage stability without heat treatment. The emulsifier and stabilizer system provides highly stable ice cream with high freshness and flavor. 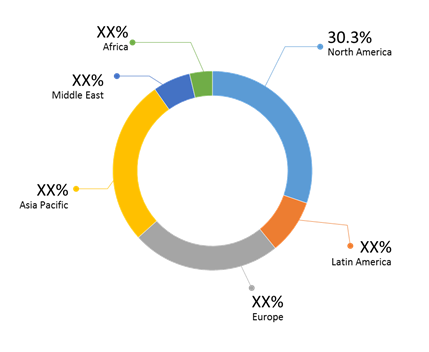 North America accounted for the largest market share of around 30.3% in 2018, owing to rising health consciousness among the population. Increasing incidence of disorders such as food intolerance and diabetes is encouraging a significant amount of population to opt for artisanal ice cream, which is organic or vegan.

Furthermore, companies are focusing on increasing their market share by adopting various strategies such as new product launches. For instance, in January 2019, Van Leeuwen Ice Cream launched a new ice cream named as ‘Couch Potato’, which contains cannabinoid (CBD) oil. Couch Potato ice cream starts with a base that uses potato chips and then folds in even more salty accents such as chocolate covered pretzels and roasted peanuts. 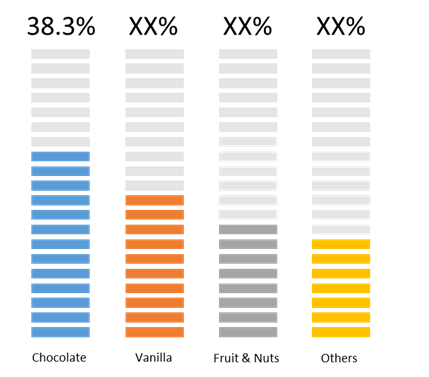 Key players in the market are adopting various business strategies such as new product launches, in order to expand their product portfolio and strengthen their market presence at global level. For instance, in September 2018, True & 12 Handmade Ice Cream company launched a new vanilla flavored artisanal ice cream. The ice cream is prepared from vanilla, which is sourced from Ecuador. This helped True & 12 Handmade Ice Cream company to expand its product portfolio.

Among flavor type, chocolate segment is expected to be fastest growing segment in the market over the forecast period, owing to innovations in product offerings with multiple chocolate variants including chocolate chips and dark chocolate.

Among distribution channel, online segment is expected to be fastest growing segment in the market over the forecast period, owing to increasing penetration of internet along with rising usage of smartphones across the globe. According to Internet World Stats, the number of internet users increased from 4,313 million in December 2018 (contributing 55.6% of the total population) to 4,383 million in March 2019 (contributing 56.8% of the total population).

North America is expected to account for the largest markets share over the forecast period. According to International Dairy Foods Association, ice cream and related dessert production was 1.54 billion gallons in 2015 in the U.S. Moreover, as per the same source, contribution of ice cream industry in 2015 was over US$ 39.0 billion to the U.S. national economy, which created over 188,000 jobs in communities across the country.

What are the growth estimates for artisanal ice cream market till 2027?

Which are the prominent artisanal ice cream market players across the globe?

What are the key factors hampering growth of the artisanal ice cream market?

High prices associated with artisanal ice creamis one of the major factors that is expected to hamper growth of the market over the forecast period.

What are the key factors driving growth of the artisanal ice cream market?

Rising health consciousness among the populationis one of the major factors that is expected to propel growth of the market over the forecast period.

What is the compound annual growth rate (CAGR) of the artisanal ice cream market for next 8 years?

The global artisanal ice cream market is estimated to exhibit a CAGR of 7.4% over the forecast period.

Which region held the largest market share in the artisanal ice cream market?

Among regions, North America accounted for the largest market share of 30.3% in 2018 in the global artisanal ice cream market.