Bovine plasma is prepared from pooled bovine blood. It is prepared from the whole blood, which contains anticoagulant, cells, and other blood contents. Then it is centrifuged to remove cells and cellular debris. It contains 3.8% trisodium citrate as an anticoagulant. It undergoes clot testing, proving that the product's clotting factors are active. To determine whether any additional enzymes present are native or denatured, it is not examined. There are several type of bovine supplements used such as bovine colostrum used as a dietary supplement to improves human health and wellbeing and The antioxidant, antibacterial, and antiviral effects of bovine lactoferrin supplements are considered to increase the immune system and regulate immune cell activity. 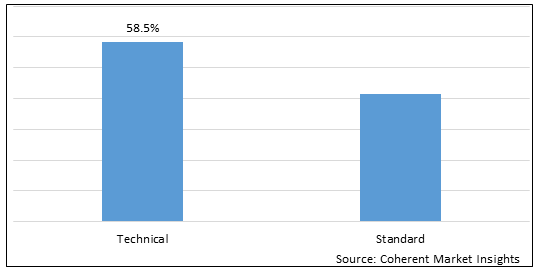 Increasing number of product availability in the market is expected to drive the global bovine plasma market growth over the forecast period. For instance, on March 22, 2021, Thermo Fisher Scientific, a U.S.-based company that manufactures pharmaceutical and diagnostic products launched the new Gibco Human Plasma-like Medium (HPLM), which is the first cell culture medium in the market that mimics the metabolic profile of human plasma. Gibco HPLM has the same levels of over 60 polar metabolites including amino acids, nucleic acids, sugars, and tiny organic acids, as those found in human plasma.

The increase in the efforts by market players for smooth and consistent supply of key raw materials to ensure quality improvement is expected to boost growth of the global bovine plasma market over the forecast period. For instance, on December 01, 2021, Proliant Biologicals, which is a part of the Proliant group of companies that manufactures protein ingredients for food, health, nutrition and biologicals approved additional raw material suppliers for liquid plasma to manufacture the following stock keeping unit (SKU)’s at the Boone, artificial intelligence (AI) production facility. This agreement will be effective from June 1, 2022. 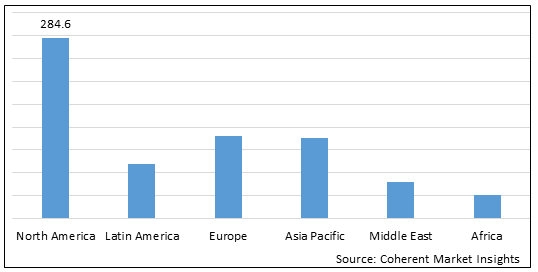 However, the COVID-19 pandemic had a positive impact on the uveitis treatment market, owing to increasing research and development activities is expected to drive the market growth over the forecast period. For instance, on February 18, 2021, a clinical trial was launched by Hospital del Mar Medical Research Institute (IMIM) in collaboration with Hospital del Mar, the University of California-Davis and the University of Texas to analyze bovine-derived immunoglobulin for preventing COVID-19 side effects. The study examines bovine-derived immunoglobulin, which have been demonstrated in animal models to inhibit the development of more severe disease states, the advancement of infection-related inflammation, and post-COVID syndrome.

On December 27, 2021, an article published in National Library of Medicine, it was found that after acidifying bovine plasma and adding nanofibrillated cellulose (NFC) for reinforcement, films made with ethanol-extracted proteins had greater properties than those seen in the untreated plasma control films. The mechanical and water vapour barrier qualities of these films, which were made with 10% NFC, significantly improved, and their water solubility decreased, without affecting their optical qualities such as light transmittance and transparency index. Additionally, it was discovered that antibacterial substances such as nisin can be easily incorporated into the formulation of these films.

High manufacturing cost of drugs developed from bovine plasma is expected to hinder growth of the global bovine plasma market. For instance, SAB Bio therapeutics, a biotech company, is focused on developing drugs by using genetically engineered cattle to produce large quantities of human antibodies-proteins that helps to remove harmful foreign pathogens from the body—in a rapid fashion that could be used to treat patients suffering from infectious diseases such as Middle East respiratory syndrome (MERS), Ebola, and influenza. The drugs manufactured using this technology could cost around US$ 2,000 per gram. Thus, high cost means that many countries that might benefit most from these drugs might not be able to afford manufacturing them on their own, which is expected to hinder the market growth.

Bovine plasma is extracted from animals belonging to the family Bovidae. This family includes not only cows but goats, sheep, bison and buffalo. Bovine plasma is the liquid component of the whole blood, which is free of cells and cellular debris. It is yellow in color due to presence of bilirubin. It is generally collected from the commercial slaughterhouse from cattle. It has wide range of applications in vaccine production, manufacturing of cell culture media, drug discovery and forensic studies. Bovine blood plasma derivatives are products containing proteins that are obtained from the blood plasma of bovine animals using physico-chemical or other fractionation processes.

Increasing adoption of inorganic strategies by key players in market such as acquisitions is expected to drive the market growth over the forecast period. For instance, on April 3, 2022 ANZCO Foods, a New Zealand-based manufacturer and supplier of animal serum, proteins and plasma, owned by a Japan-based company Itoham Foods, extended its healthcare capacity with acquisition of a biotech company Moregate Biotech. Moregate biotech is a biotech company that supplies animal by products such as animal sera, protein, and plasma.

What is the current market size and compound annual growth rate (CAGR) of the global bovine plasma market during the forecast period (2022-2030)?

Factors such as increasing bovine product launch and approvals and increasing research and development activities are expected to drive the market.

Which is the leading grade segment in the market?

Technical bovine is the leading grade segment in the market.

The major factors hampering growth of the market include high cost of bovine plasma derived product.