Cardiopulmonary Bypass Equipment Market to Surpass US$ 122.93 Million by 2026

The complete version of the REPORT will include the impact of the COVID-19, and anticipated change on the future outlook of the industry, by taking into the account the political, economic, social, and technological parameters.

Cardiopulmonary bypass equipment is a machine which takes over the function of heart and lungs to maintain the circulation of blood and the oxygen content of the patient's body during coronary bypass heart surgery. This equipment also known as heart lung machine. Cardiopulmonary bypass machine consists of two main components, the pump and the oxygenator which remove oxygen-deprived blood from a patient's body and replace it with oxygen-rich blood through a series of hoses. Surgeons are able to perform coronary artery bypass grafting (CABG), for valve repair or repair of cardiac anomalies, and aortic aneurysm repairs, along with treatment of other cardiac-related diseases. 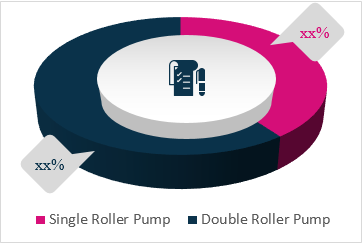 The increase in the prevalence of cardiovascular diseases like atrial fibrillation, atrial flutter and supraventricular tachycardia, decrease in heart muscle elasticity, decrease in heart output, aging population are the driving factors for the growth of cardiopulmonary bypass equipment market

For instance, According to the American Heart Association, in 2013, cardiovascular disease is the foremost global cause of deaths among the population, accounting for about 17.3 million deaths per year. According to the same report, the number of deaths is expected to rise to around 23.6 million by 2030.

However, recall of the components of cardiopulmonary bypass equipment may hinder the growth of the market during the forecast period. For instance, in October 2012, US FDA terminated the Maquet HL Console for Heart Lung Machine HL20 for its device design. As Maquet HL 20 Twin Pump Modules may unintentionally increase speeds for a 1.5-2 second period of time before returning to its original speed.

North America is expected to hold a dominant position in global cardiopulmonary bypass equipment market over the forecast period, due to increasing prevalence of cardiovascular diseases in the region. According to the American Heart Association (AHA), 2017, about 92.1 million adults in the U.S. are suffering from some form of cardiovascular disease or the after-effects of stroke. AHA also stated in its report, that direct and indirect costs of cardiovascular diseases and stroke are estimated to account for US$ 316 billion, including health expenditures and lost productivity.

Asia Pacific is expected to witness fastest growth in the global cardiopulmonary bypass equipment market due to increasing patient pool and growing medical tourism for various surgeries in the region. For instance, according to Directorate-General of Commercial Intelligence and Statistics of India, in 2015 - 2016, hospitals in India recorded 460,000 international patients.

Emerging economies such as Asia Pacific and Latin America has huge potential for market growth and is likely to be the fastest growing region throughout the forecast period.

According to Centers for Disease Control and Prevention (CDC), around 5.7 million individuals in the U.S. suffered from heart failure in 2016. The report suggests that the number of occurrences is likely to increase, with the increase in number of aging of the population in this region.

According to the American Heart Association, around 2,200 people in the U.S. die from cardiovascular disease every day, an average of 1 death per 40 seconds. This staggering number of patients suffering from heart diseases will result in growth in cardiopulmonary bypass equipment market.

However, cardiopulmonary bypass equipment market is expected to grow at very low pace owing to shift in trend towards the adoption of technologically advanced less invasive operating equipment- Off-Pump Coronary Artery Bypass (OPCAB) Beating Heart System which allow the surgeon to bypass a blocked coronary artery of the beating heart in a controlled operative environment. Thus reduce the complications attributed to cardiopulmonary bypass