Press Release: Cell and Gene Therapy Market to Surpass US$ 35.4 Billion by 2026

Cell and gene therapy plays a major role in modern healthcare, as they provide concepts and techniques that can be used in gene regulation, cell-cell interactions, regenerative capacity, and remodeling. 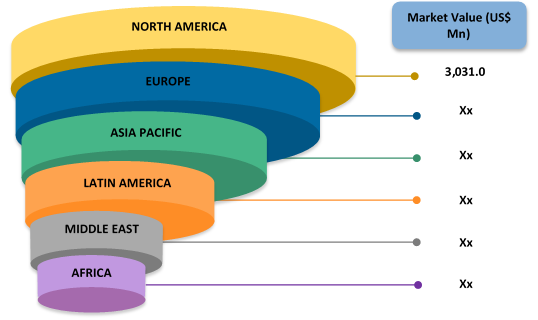 Gene therapy aims at influencing the course of various genetic and acquired disorders at the genetic level whereas cell therapy targets various diseases at the cellular level i.e. by restoration of a certain cell population or using cells as carriers of therapeutic carrier. High prevalence of cardiovascular disease is expected to propel demand for cell and gene therapy, which in turn is expected to drive the market growth. According to the World Health Organization (WHO), May 2017, around 17.9 million people died due to cardiovascular disease in 2016 globally, which accounts for 31% of all worldwide deaths. According to WHO, in 2012, cancer was the second leading cause of morbidity and mortality globally, with around 14 million new cases registered in 2012 and in 2015, cancer was responsible for 8.8 million deaths, worldwide. Moreover, WHO stated that the number of new cases is expected to rise by around 70% by 2030.

However, several development challenges such as safety and efficacy issues, lengthy procedures for conducting clinical studies, stringent regulatory framework, and high costs are expected to limit the adoption of cell and gene therapy, thereby hindering the market growth.

North America holds dominant position in the global cell and gene therapy market, owing to high prevalence of genetic disorders. According to the U.S. Pharmacist Journal, January 2018, annually, around 1.2 million adults are diagnosed with early symptoms of brain disorders, of which 21% are due to Alzheimer’s disease, and the total number of new cases of Parkinson’s disease and traumatic brain injuries is around 135 million in U.S.

Moreover, increasing research and development activities is expected to increase demand for cell and gene therapy. According to the Catalyst report, in December 2018, around 289 novel cell and gene therapies were in development for a variety of diseases, of which around 111 medicines were for cancer and around 28 medicines were for cardiovascular disease. These medicines in development are either in clinical trials or awaiting for approval from the U.S. Food and Drug Administration (FDA).

Cell therapy is the administration of living cells in patients for the treatment of a disease. The source of cell can be autologous or allogeneic, which can be derived from stem cells such as bone marrow. Stem cells therapy is used in bone marrow transplantation. Gene therapy is the introduction, removal, or change in the patient's genetic code for treatment of a disease. Moreover, it modifies the expression of an individual’s genes or repair abnormal genes. The therapy involves administration of nucleic acid (DNA/RNA) with carriers called as vectors.

Increasing prevalence of cancer diseases is a major factor driving the cell and gene therapy market growth. According to the World Cancer Research Funds and the American Institute for Cancer Research, in 2018, there were around 18 million cases of cancer, of which around 9.5 million were in men and around 8.5 million in women, globally. Moreover, introduction of innovative products and rich pipeline of cell and gene therapy is expected to boost the market growth. For instance, around 150 gene therapies are currently in the development stage. Gene replacement accounts for around two third of gene therapy pipeline. However, around 49% of gene therapies are under preclinical and discovery stages. During 2012-18, around 351 gene therapy deals were signed. For instance Gilead’s Kite Pharma received exclusive rights to Sangamo Therapeutics’ zinc finger nuclease gene editing technology, for $3.2bn.

What are the growth estimates for cell and gene therapy market till 2026?

The global cell and gene therapy market is estimated to surpass US$ 35.4 Billion by 2026.

Which are the prominent cell and gene therapy market players across the globe?

What are the key factors hampering growth of the cell and gene therapy market?

Several development challenges such as safety and efficacy issues, lengthy procedures for conducting clinical studies, stringent regulatory framework, and high costs are some of the major factors that are expected to hamper growth of the market over the forecast period.

What are the key factors driving growth of the cell and gene therapy market?

Increasing prevalence of cardiovascular disease and cancer is one of the major factors that is expected to propel growth of the market over the forecast period.

What is the compound annual growth rate (CAGR) of the cell and gene therapy market for next 8 years?

Which region is dominating the cell and gene therapy market growth?

Among regions, North America is expected to hold dominant position in the global cell and gene therapy market over the forecast period.

Regenerative medicines are medical products or active pharmaceutical ingredients that have the ability to cu...

Stem cells are undifferentiated cells which are capable of differentiating into any type of cell that make-u...

3D cell culture is a man-made environment in which cells interact with the surroundings in all three dimensi...

Biotechnology can be segregated into four basic systems. The first system deals with use of biotechnology in...