Press Release: Cetirizine Hydrochloride Market to Surpass US$ 1.4 Billion by 2026

Cetirizine Hydrochloride Market to Surpass US$ 1.4 Billion by 2026

Cetirizine hydrochloride belongs to the antihistamine drug class, which reduces the natural chemical, histamine in the body. Histamine induces symptoms such as sneezing, watery eyes, and runny nose. Cetirizine hydrochloride is used for treating cold, allergy symptoms, itching and swelling caused by hives. It is available on prescription, however, it is also available over-the-counter in pharmacies and supermarkets.

The global cetirizine hydrochloride market is expected to be driven by increasing incidence of allergic conditions including allergic rhinitis, allergic conjunctivitis, and eczema. 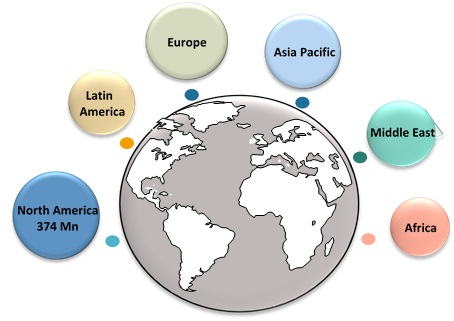 Increasing incidence of allergic rhinitis to drive growth of the market

High prevalence of allergic conditions such as allergic rhinitis, also known as hay fever is expected to propel growth of the cetirizine hydrochloride market. According to the American Academy of Allergy Asthma and Immunology, 2015, allergic rhinitis affects around 10% to 30 % of the population worldwide. Moreover, according to the International Study of Asthma and Allergies in Childhood (ISAAC), 2016, the prevalence of pollen allergy or hay fever in children between the age group is 12-14 was 22.1% worldwide, registering the highest rate of 33.3% in North America.

North America holds a dominant position in the global cetirizine hydrochloride market, owing to the high prevalence of hay fever and allergic conjunctivitis in the U.S. According to the American Academy of Allergy Asthma and Immunology, around 7.8% of population in the age group above 18 in the U.S. suffer from hay fever. The National Health Interview survey, 2016, further stated that around 6.5% or 16.0 million adults and 7.5% or 5.5 million children under age 18 were diagnosed with hay fever in 2015.

Moreover, the cetirizine hydrochloride market in North America is expected to witness significant growth, owing to the increasing economic burden caused due to allergic diseases on the affected population. According to the American College of Allergy, Asthma and Immunology, 2018, allergies are the sixth leading cause of chronic illness in the U.S., with over 50 million people suffering from allergies annually, which account for an expenditure of US$ 18 billion.

However, the drug can induce severe to moderate side effects, which include insomnia, hyperactivity, uneven heartbeat, nausea, constipation, and headache, thereby limiting the adoption of the drug and hindering the market growth.

Increased risks of developing allergic eye conditions with the onset of allergic rhinitis or hay fever is also a major factor driving the market growth. For instance, according to the survey conducted by Virtual Medical Center, around 97% of children diagnosed with allergic rhinitis or hay fever also have allergic eye symptoms. Moreover, the survey stated that around 56% children with asthma experience allergic eye symptoms, whereas 33% of children with eczema have allergic eye symptoms. The signs and symptoms include eye redness, excessive watering, itchy burning eyes, discharge, blurred vision and increased sensitivity to light. Furthermore, according to the study published in Clinical Review and Education Journal, 2013, around 40% of population worldwide suffered from allergic conjunctivitis.

According to the Nutrition and Health Department, 2015, atopic dermatitis (AD), also known as atopic eczema, is a common chronic inflammatory skin disease affecting 15-20% of children and 1-3% of adults worldwide. Thus, the increasing prevalence of allergic conjunctivitis and eczema is a major factor driving the market growth.

Key players in the market are focused on new product launch to enhance the market share. For instance, in 2014, McNeil Consumer Healthcare—a Johnson and Johnson Company— launched a convenient oral, dissolvable tablet to the Zyrtec portfolio of allergy-relief products. The tablets will be available for adults and children across major retailers and pharmacies.

Cetirizine hydrochloride is a second-generation histamine H1 antagonist that is effective in treatment of allergic rhinitis, chronic urticaria, and pollen-induced asthma. Cetirizine does not cause drowsiness or anticholinergic side effects opposed to conventional antihistamines. Cetirizine is available in various forms such as regular and chewable tablets, capsules, and solutions.

Increasing prevalence of allergic conditions in children and adult population is major factor driving growth of the cetirizine hydrochloride market. According to the National Health Interview Survey (NHIS), 2014, around 8.4% of children under the age of 18 suffered from hay fever, 10% from respiratory allergies, 5.4% from food allergies, and 11.6% from skin allergies in the U.S. Furthermore, allergic conjunctivitis imposes economic and social burden on the affected population, thereby increasing the adoption of efficient treatment to curb the increasing healthcare costs. According to the Department of Ophthalmology and Visual Sciences, University of Wisconsin, 2013, an estimated 6 million people are affected by bacterial conjunctivitis, annually in the U.S. The total expenditure in treatment of the disease was reported around US $377 million to US$ 857 million, annually.

Ketorolac is a non -steroidal anti-inflammatory drug (NSAID’S) recommended for treatment of moderate or severe p...

Tigecycline is an antibiotic available under brand name Tygacil which is used to treat serious bacterial infectio...

Achondroplasia means loss of cartilage formation in individuals, cartilage is a flexible tissue which leads to formati...