Coconut milk and cream are popular among vegans, vegetarians, and those who have dairy allergies or intolerances. They are also popular in drinks and sauces, as they are naturally sweet and smooth. Coconut cream is made by cooking sweetened coconut cream. Basically, four parts of shredded coconut are simmered in one part water, until the mixture thickens. Once it has thickened, it's used in desserts, pastries, and mixed drinks.

Asia-Pacific held dominant position in the global Coconut Milk and Cream market in 2021, accounting for 55.5% share in terms of volume, followed by North America and Europe, respectively. 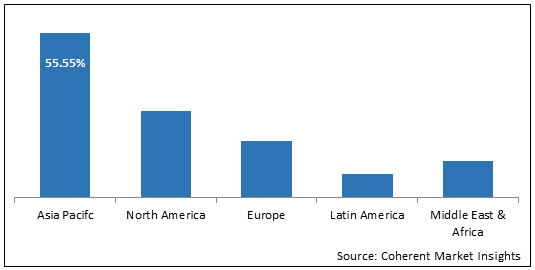 Shifting consumer preferences from animal-based protein to plant-based protein food is primarily fuelling growth of the coconut milk and cream market. So growing number of vegetarians is augmenting the market growth. For this food companies are introducing a diverse range of coconut milk and creamers by varying their fat content and flavour and even launching easy-to-carry package formats to boost convenience.

Increasing incidence of lactose intolerance among population is also creating demand for plant-based protein. According to the National Institute of Diabetes and Digestive and Kidney Diseases, about 68% of the world's population has lactose malabsorption. However, lactose intolerance rates vary widely depending on ethnicity, with as few as 5% of Northern Europeans and as many as 90% of East Asians having lactose intolerance, as stated by the Canadian Society of Intestinal Research. 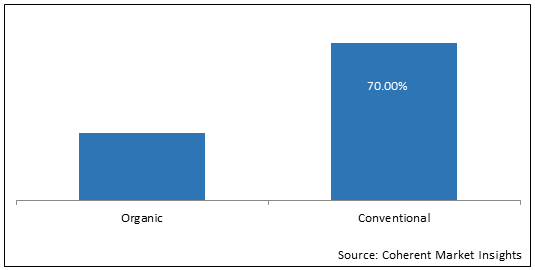 Availability of alternative such as soy milk is a direct alternative to coconut milk is hindering market growth. It is also plant-based and has a slightly lower fat content than coconut milk. In most recipes, one can swap it in a 1:1 ratio.

Presence of coconut cream alternatives is again restricting market growth. Heavy cream from cow’s milk is produced by scraping fat from fresh milk and is mainly common in high-fat foods such as creamy soups, sauces, and ice cream. It is much higher in fat than coconut cream and can replace it in equal quantities in most recipes.

Advent of organically sourced coconuts is expected to provide significant growth opportunities for the market players over the forecast period. According to the Research Institute of Organic Agriculture (FiBL) and IFOAM, out of the total agriculture practice across the world, globally, permanent crops account for 7% of organic land, amounting to over 4.7 million hectares in 2018. Under this area, organic coconuts are also considered an important crop that accounted for 0.4 million hectares of 8% of the total organically cultivated land in the world.

Increasing consumption of bakery products due to globalization is a major emerging trend in the market. The coconut milk is widely used in the preparation of bakery, confectionery, dairy products, frozen desserts, and other applications.

Coconut milk and cream are great alternatives to dairy milk. Both types are rich in medium-chain fatty acids (MCFAs), which help body burn fat and boost brain power. Coconut milk and cream are available in canned and boxed varieties. These dairy-free drinks are an excellent way to replace dairy products without compromising flavor and texture. Although coconut cream is sweeter and lower in calories, it does contain the same nutrient content as coconut milk. When paired with ice cream, it lends a tropical flavor and color to any dessert. It can also be used as a garnish on ice cream. When mixed with fruit or in other tropical drinks, coconut cream is a wonderful addition.

On the other hand, Availability of alternative such as soy milk is a direct alternative to coconut milk is hindering market growth.

Growing demand for plant-based protein and increasing incidence of lactose intolerance among population are fuelling the growth of the market.

The Conventional segment is the leading component segment in the market.

Availability of substitute such as Soy milk and presence of coconut cream alternatives are the major factors restraining growth of the market.