Press Release: Companion Diagnostics Market to Surpass US$ 10.07 Billion by 2026

Companion Diagnostics Market to Surpass US$ 10.07 Billion by 2026

Companion diagnostics play a major role in advanced healthcare, as it aids in targeting biomarker identification, reducing clinical trial cost, and time to market the product. Also, encouragement from the regulatory bodies such as the U.S Food and Drug Administration (FDA) in terms of providing a defined structure for companion diagnostic development is driving research activities in companion diagnostics. 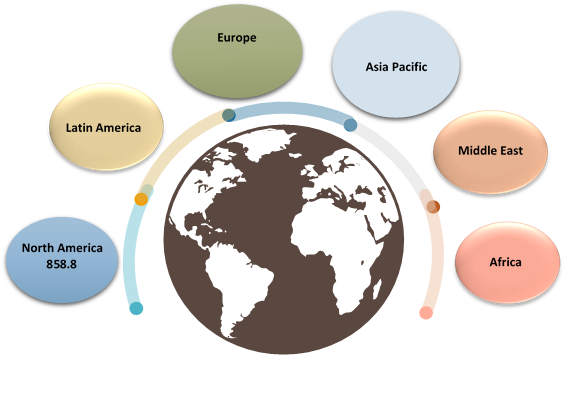 Moreover, increasing government initiatives for development of companion diagnostics and therapies used in the treatment of cancer patients is expected to propel growth of global companion diagnostics market. For instance, in 2015, the U.S. government announced the launch of Precision Medicine Initiative, which has led to powerful new discoveries and several new treatments that are tailored for specific characteristic such as person’s genetic makeup or genetic profile of an individual tumor that helps to transform the way of treatment.

However, narrow labelling of companion diagnostics is expected to be the major factor hindering the market growth.

Increasing cancer cases and presence of well-established manufacturers, which are engaged in providing advanced companion diagnostics in the North America are expected to bolster the market growth

North America holds dominant position in the global companion diagnostics market, owing to presence of well-established manufacturers, which are focused in product approval for offering advanced companion diagnostic. For instance, in June 2018, Agilent Technologies Inc. announced that the U.S. Food and Drug Administration (FDA) has approved its Dako PD-L1 IHC 22C3 pharmDx assay. PD-L1 IHC 22C3 pharmDx is now the first FDA-approved IHC test for determining PD-L1 expression in cervical cancer and is the first FDA-approved companion diagnostic to identify patients with cervical cancer for treatment with KEYTRUDA. Moreover, increasing cancer cases in the region is propelling growth of the market. For instance, according to the National Cancer Institute (NCI), in April 2018, an estimated around 1,735,350 new cancer cases and 609,640 deaths due to cancer in the U.S. were recorded. Moreover, according to the same source, the most common cancers in 2018, were breast cancer, prostate cancer, melanoma, bladder cancer, pancreatic cancer, liver cancer, and other cancers, and the number of new cancer cases reported were around 439.2 per 100,000 men and women per year in the U.S. (based on 2011 to 2015 cases).

Companion diagnostics (CDx) is a diagnostic tool used to determine the suitability of a drug therapy to the patient. It has become a critical part of targeted cancer therapy that allows development of personalized therapy that can be developed and administered to the patient. Whole blood samples, tissues samples, or buccal samples are collected and tested for diagnosis and identification of targeted disease biomarker. Generally, CDx is utilized in identifying genetic mutations and the health and treatment approach implications.

Increasing prevalence of cancer cases is a major factor driving global companion diagnostics market growth. According to a National Cancer Institute, in 2016, an estimated 16.8 million new cases of cancer were diagnosed in the U.S., with around 595,690 deaths from the disease. The number of people with cancer is expected to rise to 19 million by 2024 in the U.S. according to the same source.

Furthermore, inorganic strategies adopted by key players for offering best products in the market is expected to drive the market growth. For instance, in May 2018, Foundation Medicine, Inc., announced collaboration with Merck for development of companion diagnostic test to use with KEYTRUDA (pembrolizumab), Merck’s first immunotherapy for solid tumors. Similarly, in June 2016, MolecularMD Corporation, announced collaboration with Illumina, Inc., for the development and commercialization of sequencing-based companion diagnostics. The agreement combines MolecularMD’s companion diagnostic development and with Illumina’s NGS technology.

Erythrocyte sedimentation rate (ESR) analyzer measures the rate, at which the red blood cells or erythrocytes settle i...