Increasing demand for nutrient specific fertilizers along with requirement of high crop yield for biofuel production is expected to drive growth of the complex fertilizers market over the forecast period. For instance, in 2017, the Indian biofuels industry invested US$ 2.25 billion in the upcoming projects over the next years to increase the industry’s value to US$ 7.5 billion by 2022. 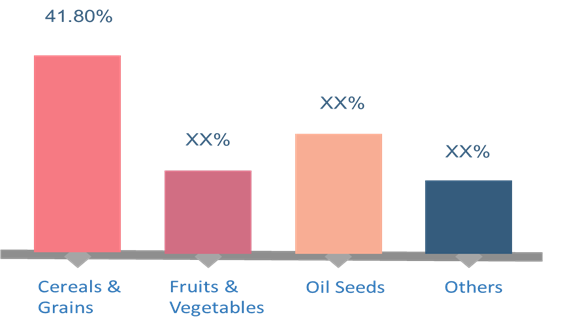 Cereals & grains crop type dominated the complex fertilizers market in 2017, and is expected to retain market dominance throughout the forecast period. Increasing demand for cereals and grains with improved yields and sustainability are the major factors driving growth of the complex fertilizers market, thus aiding to curb the problem of food shortage in emerging economies. According to the Food and Agriculture Association of United Nations, 2013, cereals occupy more than half of the world's harvested area, where 2.3 billion tons of cereals are produced annually nearly contributing to 1 billion tons for human consumption, 750 million tons as animal feed, and 500 million tons for industry processing.

Asia Pacific was the leading region in the global complex fertilizers market in 2017, with a revenue of US$ 15,769 million and it expected to retain its dominance throughout the forecast period. Increasing demand for food from the countries in this region backed by rising population is one of the major driving factors for growth of the complex fertilizers market in Asia Pacific. For instance, according to the study conducted by Asia Development Bank, 2013, Asia Pacific is expected to account for one-third of the projected 2.6 billion increase in global population between 2010 and 2050, thus requiring additional measures to increase the productivity to serve increasing population.

Europe expected to witness significant growth in the global complex fertilizers market in 2017, with a market share of 21.18% in the same year. In 2012, the European Innovation Partnership for Agricultural Productivity and Sustainability (EIP-AGRI) was launched to contribute to the European Union's strategy Europe 2020 for smart and sustainable growth. The strategy aims to ensure a steady supply of food, feed, and biomaterials, with the essential natural resources on which the farming depends.

Fenitrothion is usually used in agriculture for controlling insects in different crops such as cereals, rice, vegetabl...