Global Organic Fertilizers Market to surpass US$ 12.26 Billion by 2025

Increasing inclination of consumers towards organic food products is propelling demand for organic fertilizers in organic farming. According to reports published by the Food and Drug Administration of United States, 6 out of 10 people in U.S. believe that organic foods are better for their health. Also, according to the U.S Department of Agriculture, in 2016, around 4% of total food sales in the U.S. were accounted by organic products. The organic retail sales in Europe were accounted for US$ 30.85 billion in 2014, as estimated by The International Federation of Organic Agriculture Movements. Therefore, favorable growth of organic food and beverage industry fuelled by increasing demand for organic food and beverage products provides an immense opportunity for organic fertilizers market growth. According to Research Institute of Organic Agriculture (FiBL) report, total organic product sales was US$ 43.3 billion by the end of 2015, up 11 percent from the 2014 record level and according to the Organic Trade Association the overall food market’s growth rate of 3%. Of the US$ 43.3 in total organic sales, US$ 39.7 were organic food sales.

Among functionality, nitrogen fixing segment generated highest revenue in global organic fertilizers market in 2016. The segment is projected to lead the market over the forecast period due to increasing demand for organic fertilizers in order to improve productivity and sustainability of soil with the help of nitrogen fixation process.

Europe held largest market share in global organic fertilizers market in 2016 and the region is projected to maintain its dominance throughout the forecast period. In Europe, U.K., Germany Spain, Italy are the most lucrative markets for organic fertilizers. According to Research Institute of Organic Agriculture (FIBL), the total area under organic production in Europe increased from 0.1 million hectares in 1985 to 13 million hectares in 2015. This can be attributed to an increased demand for organic food and beverages in the region. 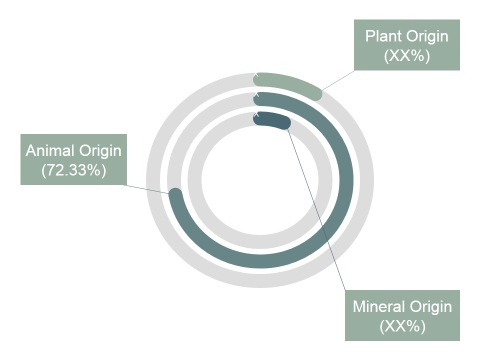