Consumer Product and Retail Market is Expected to Surpass US$ 29.11 Tn by 2028

Consumer products or goods is a commodity used by a consumer that is used by the consumer to satisfy current requirements or needs. Retail refers to the sale of products to its consumers or end users. Furthermore, consumer packaged goods (CPG) are a broad spectrum of manufacturers, marketers, and sellers of physical goods used by consumers and sold through retailers. Food, clothing, and jewelry are some of the common examples of consumer goods.

In Aug 2021, The Kroger Co. announced that, it plans to roll out new deli, meal and center-store items from new food vendors selected by its Go Fresh & Local Supplier Accelerator business incubator.

In Oct 2021, The Kroger Co., America's one of the largest grocery retailer, announced it will offer more customers Kroger Delivery through the addition of new Kroger fulfillment centers powered by the Ocado Group, combining vertical integration, machine learning, and robotics to provide an affordable, friendly, and fast fresh food delivery service. 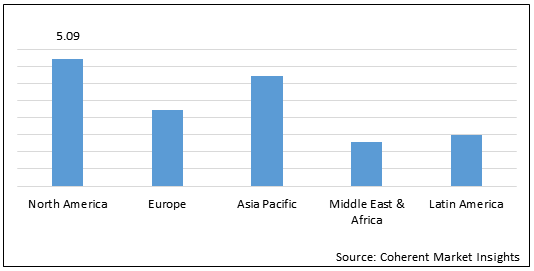 North America held dominant position in the global consumer products and retail market in 2020, accounting for 30.0% share in terms of value, followed by Europe and Asia Pacific respectively.

Growing emphasis on customer experience is expected to drive growth of the global consumer products and retail market during the forecast period. Many countries are focused on improving customer experience by introducing novel products relevant to users’ requirements. At the same time, these systems utilize situational and environmental information to make timely, proactive, and situation responses available to the concerned entities. More and more companies are investing in new product development, in order to offer better products to users at their own convenience.

High growth of modern grocery retailers are expected to propel the global consumer products and retail market growth over the forecast period. Majority of the population in Latin America and Asia Pacific are heavily reliant on kiosks, wet markets, food stalls, and small independent grocery retailers. However, the emergence and expansion of modern retailing have been witnessed in the aforementioned regions. This is typically owing to increasing urbanization, growing per capita income, changing lifestyles, and rising demand for packaged foods and ready-meals. Modern grocery retailing offers one-stop shopping with sanitary environments and high convenience.

Rising investments can present lucrative growth opportunities in the global consumer products and retail market. Emerging economies such as China, India, and Southeast Asia are expected to emerge as new economic destinations, inviting businesses across the globe for different industrial verticals. Initiatives from stable governments across these countries ensure smooth economic development that favors a peaceful investing environment. For instance, in September 2014, the Government of India launched a novel program “Make in India”, which aims to facilitate investments in technology, resources, and scientific applications are being commissioned to achieve this goal. The program will lead to employment generation, as well as the setting up of more small and mid-sized formal enterprises supporting large corporations across different industry verticals, allowing private investments in previously.

Rapid growth of micro, small, and medium enterprises (MSMEs) can provide major business opportunities in the global consumer products and retail market. According to Coherent Market Insights’ analysis, there are over 120 million operating globally with over 89 million operating in emerging economies such as India, China, and Southeast Asia. Formal MSMEs are more common in high-income economies such as the OECD and non-OECD groups, and the EU. Around 40% of these formal MSMEs are engaged in the FMCG and consumer goods sectors. However, in low and middle-income economies, MSME density is rising at a faster pace, especially in the Middle East, Latin America and the Caribbean, South Asia and East Asia, and the Pacific. MSMEs play an important role in employment generation and the GDP of an economy. They still employ more than one-third of the world’s labor force. With a focus on continuity of operations and processes, MSMEs seek low-cost PLM solutions.

The demand for consumer packaged goods and FMCG products has gained momentum after the economy in the region recovered from the financial crisis in 2008. The region is also home to large corporations and multinational firms with operations in various application sectors around the globe. These firms are investing in new technologies and channels to facilitate interaction with customers. The firms are also investing in their respective subsidiaries located in different regions to ensure standard business operations. The region is witnessing a paradigm shift, with large enterprises moving from a traditional physical shopping model to e-commerce based solutions with the advent of mobile technology. The consumer goods and retail market in the region are highly competitive due to the presence of multiple vendors offering a variety of consumer products, packaged goods, and varying retail discounts/offers and club memberships to consumers. Among the major companies operating in this region are Kroger Company, Costco Wholesale Corporation, Wal-Mart Stores, Inc., Amway, Procter & Gamble, and PepsiCo, Inc.

Developed countries in Europe such as the U.K., Germany, France, Italy, and Spain host a large number of small and medium enterprises operating in retail, consumer packaged goods, durables, and FMCG sectors. Europe is gradually recovering from economic crisis in 2012, which has resulted into increased expenditure by MSMEs. Currently, deployment of IT-based solutions is a major project for firms based in the U.K., Germany, France, Belgium, and the Netherlands. Europe comprises micro, small, and medium enterprises operating/assisting large enterprises in different application sectors such as food & beverages, consumer goods manufacturing, fashion and apparel, and electronic consumer appliances. Demand from the fashion and FMCG quarters is expected to be high in the near future. Currently, large enterprises are focused on the implementation of an e-shopping based model for a retail shopping experience. 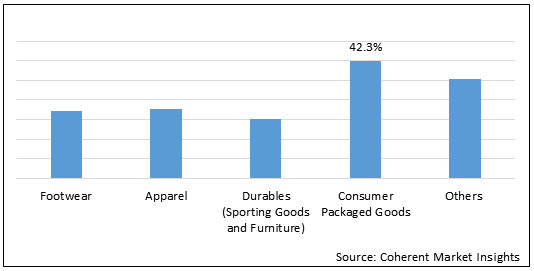 High capital investment is expected to restrain growth of the global consumer products and retail market during the forecast period. Establishing one-stop grocery retail requires significant investment as compared to other stores. As a result of this, emerging regions such as Middle East and Africa are scarcely adopting such stores.

Consumer products, sometimes also known as finished products, are products bought by consumers for personal consumption. For instance, toothpaste is considered a consumer good because it is purchased and used directly by the consumer daily. Products that fall under this category are usually sold in bulk and are used by a wide variety of customers. Examples of products within this category include foods, cosmetics, electrical appliances, clothing, and other consumer goods. These goods can be made from any number of different raw materials and can range from everyday items to art objects. There are three broad types of consumer products that are often considered unsolicited. The first is the most commonly recognized type which is convenience products.

Rapid urbanization is expected to boost the global consumer products and retail market growth during the forecast period. According to the United Nations (UN), by 2050, around 68% of the global population is expected to live in urban areas, adding another 2.5 billion people to urban areas. According to the same source, the global urban population is growing rapidly from 751 million in 1950 to 4.2 billion in 2018. This, in turn, has led to the rapid growth of the retail industry in emerging economies such as India and China.

Moreover, increasing industrialization is expected to accelerate growth of the global consumer products and retail market in the near future.

What is the projected market size and CAGR of the market?

Growing emphasis on customer experience is expected to drive growth of the market during the forecast period.

What are major restraining factors in the market?

Stringent government regulations on FDI are expected to hinder the market growth over the forecast period.

What prominent opportunities in the market?

Rising investments can present lucrative growth opportunities in the market.

Which segment held dominant position in the market?

What are key companies operating in the market?