Dementia is one of the most prevalent neurodegenerative diseases in which patients suffer from various behavioral changes, with primary symptoms such as decline in memory or other thinking skills, which can get worse as the condition progresses. It majorly affects people aged 65 years and above. There is no curative therapy available for dementia disease. However, drugs for dementia therapy are in pipeline, which are expected to be launched over forecast period, in turn propelling growth of the dementia drugs market. 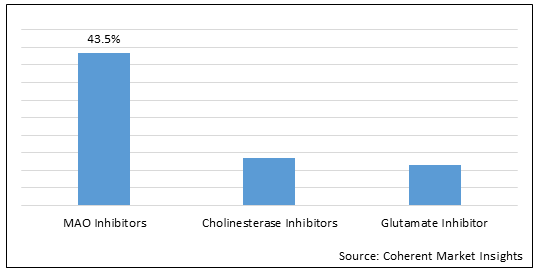 Increasing clinical trials for drug development for treatment of dementia are expected to drive growth of the global dementia drugs market.

Increasing clinical trials for drug development for treatment of dementia are expected to drive growth of the global dementia drugs market. For instance, On May 6, 2022, A Monash University, Australia published a study that has shown promising results as brand-new therapy for dementia patients under the age of 60 that stabilizes rising behavioral problems and reverses the disease's effects on brain shrinkage. It is the second clinical trial to show that the drug, sodium selenate, may be slowing cognitive decline and neurodegenerative damage that of Alzheimer’s disease and dementia. The Monash Phase 1 trial, the only one in Australia targeting this type of behavioral variant of frontotemporal dementia (bvFTD), and one of a handful worldwide, showed that sodium selenate is safe and well-tolerated in patients with bvFTD over a period of 12 months. 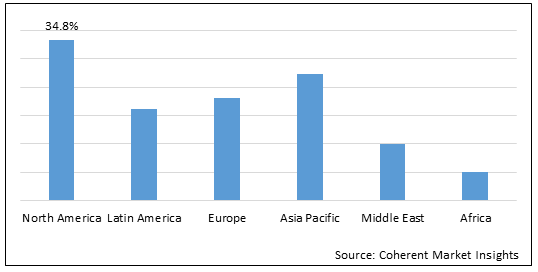 Increasing incidence of Alzheimer’s disease worldwide is expected to drive growth of the dementia drugs market over the forecast period.

On June 27, 2022, Otsuka Pharmaceutical Co., Ltd., a pharmaceutical company and H. Lundbeck A/S, a manufacturing company of pharmaceuticals, announced positive results of the phase III clinical trial of brexpiprazole in the treatment of agitation in patients with Alzheimer's disease and dementia. The analysis concluded that there is a statistically significant difference in the mean change from baseline between brexpiprazole and placebo.

The major factors that hinder growth of the global dementia drugs market include failure of investigational candidates in late stage. For instance, On June 12, 2018, AstraZeneca, a biopharmaceutical company and Eli Lilly and Company, a pharmaceutical company announced the discontinuation of the global Phase III clinical trials of lanabecestat, an oral beta secretase cleaving enzyme (BACE) inhibitor, for the treatment of Alzheimer’s disease. The decision was based on recommendations by an independent data monitoring committee (IDMC), which concluded that both the AMARANTH trial, in early Alzheimer’s disease, and the DAYBREAK-ALZ trial, in mild Alzheimer’s disease dementia, were not likely to meet primary endpoints upon completion.

Dementia is a form of disease that affects the functioning of the brain resulting in decline in memory or other thinking skills. Alzheimer’s disease is the most common and largest form of dementia (in over 60% cases), which is observed among people aged 65 years and above. Dementia results from a variety of diseases and injuries that primarily or secondarily affect the brain, such as Alzheimer's disease or stroke. It affects memory, thinking, orientation, comprehension, calculation, learning capacity, language, and judgment. The impairment in cognitive function is commonly accompanied, and occasionally preceded, by changes in mood, emotional control, behavior, or motivation. Accumulation of a protein called beta amyloid in the spaces between nerve cells due to genetic mutation is a major cause of dementia. Although dementia is not treatable, symptomatic treatment is followed in all cases. Research is being carried out to develop therapies centered on the role of beta-amyloid in dementia.

Increasing product approval by regulatory authorities is the major driving factor for growth of the dementia drugs market. For instance, on June 24, 2021, Eli Lilly and Company, a pharmaceutical company announced the U.S. Food and Drug Administration (FDA) granted Breakthrough Therapy designation for donanemab, Eli Lilly and Company's investigational antibody therapy for Alzheimer's disease (AD). The Breakthrough Therapy designation aims to expedite development and review of drugs that are intended to treat a serious condition when preliminary clinical evidence indicates that the drug may demonstrate substantial improvement on a clinically significant endpoint(s) over already available therapies that have received full FDA approval. Dementia due to Alzheimer's disease is the most common form of dementia, accounting for 60 to 80 percent of all cases.

What is the current market size and compound annual growth rate (CAGR) of the global dementia drugs market during the forecast period (2022-2030)?

MAO Inhibitors is the leading drug class in the market.

The major factors hampering growth of the market include failure of investigational candidates in late stage.