Depression Therapeutics Market to Surpass US$ 14,814.9 Million Threshold by 2026

Mental disorders such as major depressive disorder, anxiety, and associated co-morbidities have high global prevalence. According to the World Health Organization (WHO), in 2017, around 300 million people are estimated to be affected with depression, globally. Furthermore, WHO passed a World Health Assembly resolution in 2013, to address mental disorders in a comprehensive and coordinated manner and has covered depression under its Mental Health Gap Action Program. According to Anxiety & Depression Association of America (ADAA), major depressive disorder is the leading cause of disability in the U.S., among people aged between 15 years and 44.3 years, and affects around 6.7% of the U.S. population aged 18 years and above. Furthermore, according to a report published by Italian Medicines Agency, in 2013, the consumption of antidepressants rose by 4.5% in Italy between 2004 and 2012, which is attributed to rising prevalence of depression and high availability of generic medicines in the country. According to World Health Organization (WHO), in 2015, top five mental problems in the Asia Pacific region are depression, anxiety, post-traumatic stress disorder (PTSD), suicidal behavior, and substance abuse disorder. As the prevalence of mental disorders increases, the consumption of depression drugs is also expected to increase over the forecast period.

Mental disorders such as depression and anxiety are treated either with medication or psychotherapy, which involves cognitive behavioral therapy (CBT). According to American Psychiatric Association, 2017, although both the therapies exhibit similar levels of effectiveness with 30% to 40% remission rates, the cost-effectiveness of these therapies plays an important role. Patients often do not get access to advanced psychotherapy due to lack of resources, social stigma associated with mental disorders, and lack of skilled psychotherapists, wherein, medication proves to be useful. Antidepressants are widely available due to high presence of generic drug manufacturers, who offer cost-effective drugs, whereas, cost for psychotherapy is relatively higher and is unavailable everywhere due to lack of skilled psychiatrists. According to Psychotherapy and Counselling Federation of Australia (PACFA), costs for psychotherapy single session range from US$ 60 to US$ 150, whereas, costs for one branded drug tablet ranges from around US$ 5 to US$ 10. Newer treatment options include brain stimulation therapies such as electroconvulsive therapy and vagus nerve stimulation, which are not widely available and are expensive as well. For instance, Fisher Wallace, created a U.S. FDA approved stimulator, Fisher Wallace Stimulator to treat depression, anxiety, and insomnia, costing around US$ 700, which majority of the population cannot afford. 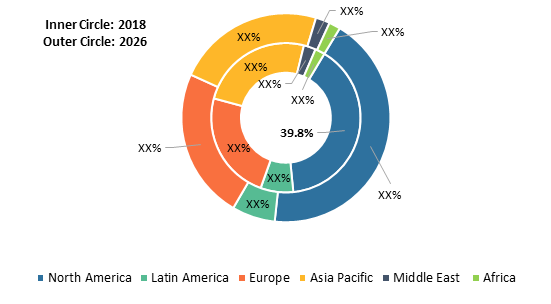 Various side effects such as increased suicidal tendency, sexual dysfunction and anxiety has limited the adoption of depression drugs. Moreover, due to these side effects manufacturers have been dragged in court many a times which has demotivated them to invest more in this market. For instance, in 2017, GlaxoSmithKline Plc was asked to pay US$ 3 Mn to a woman whose husband committed suicide after taking generic version of Paxil, an antidepressant drug, even though the generic drug was manufactured by another company, Mylan N.V. The jury ruled that since GlaxoSmithKline plc controls the drug’s design and label, applied to both generic and branded, the company is liable and will have to pay US$ 3 Mn to the complainant.

Antidepressants are prescribed in serious to mild mental health conditions such as major depression and anxiety. Antidepressant drug category is highly lucrative due to low availability of alternative drug therapies for treatment of such disorders. Drug manufacturers are increasingly advancing the antidepressant drug category by introducing innovative therapies such as selective serotonin reuptake inhibitors (SSRIs) and selective norepinephrine reuptake inhibitors (SNRIs). Depression is one of the most common mental disorders, which are primarily treated by antidepressants. According to National Health Service Digital (NHS Digital), UK, antidepressant medication prescriptions observed the largest increase in 2016.

The global depression therapeutics market is driven by factors such as absence of alternative therapies and high presence of generic drug manufacturers in the market. Increasing number of major drugs are losing patent protection due to which increasing number of generic manufacturers are developing product variations, this in turn is boosting the growth of the market. Proven effectiveness of these medications in improving medical outcomes and increasing prevalence of disorders such as depression are fueling growth of the market. However, life threatening side effects associated with these medications as indicated by the black box warning on the packaging, as well as lack of research and development by major players are expected to hinder growth of the depression therapeutics market.

What are the growth estimates for depression therapeutics markettill 2026?

The global depression therapeutics market is estimated to surpass US$ 14,814.9 Million by 2026.

Which are the prominent depression therapeutics market players across the globe?

What are the key factors hampering growth of depression therapeutics market?

Side effects associated with depression drugs such as increased suicidal tendency, sexual dysfunction, and anxiety is one of the major factors that is expected to hamper growth of the market over the forecast period.

What are the key factors driving growth of the depression therapeutics market?

Low costs of antidepressant medicationis one of the major factors that is expected to propel growth of the market over the forecast period.

What is the compound annual growth rate (CAGR) of the depression therapeutics market for next 8 years?

The global depression therapeutics market is estimated to exhibit a CAGR of 3.7% over the forecast period (2018-2026).

Which region is dominating the depression therapeutics market growth?

Among regions, North America is expected to hold dominant position in the depression therapeutics market over the forecast period.

Stargardt disease is an inherited juvenile macular degeneration that causes vision loss. The signs and sympt...

Peptide synthesis is a process of creating short sequences of polypeptides by adding one amino acid at a tim...

Cancer is a major chronic disease, which can be managed and treated by chemotherapy, radiation therapy, immu...

A mental disorder is also called as mental illness or a psychiatric disorder. Mental disorders are generally...

Spinal cord injuries are the injuries caused to the thirty one pairs of spinal nerves, which carry nerve sig...