Press Release: Elderly Nutrition Market to Surpass US$ 31.0 Billion by 2026

Elderly Nutrition Market to Surpass US$ 31.0 Billion by 2026 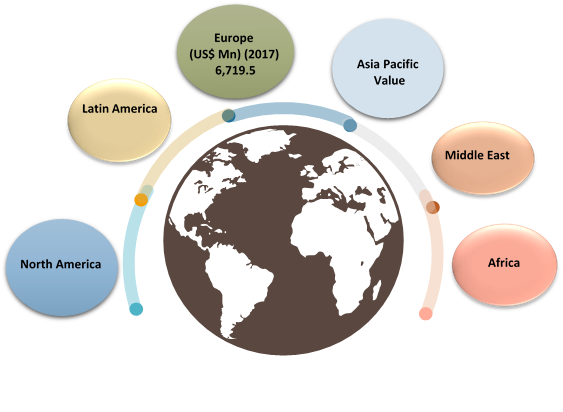 Elderly nutrition is recommended for geriatric patients who are highly susceptible to various conditions such as diabetes, obesity, renal failures, chronic diseases, and other. Moreover, high prevalence of age related disorders such as organ failures, nervous disorders and cardiovascular diseases in geriatric patients is expected to drive the market growth. For instance, the Alzheimer Association Report 2017, estimated around 13.8 million people to be diagnosed with Alzheimer’s dementia in the U.S., which is mostly observed in geriatric patients above 65 years. Moreover, in 2014, around 93,541 deaths registered from Alzheimer’s disease and reported the disease as fifth leading cause of death among Americans above 65 years.

Furthermore, rising geriatric population and shortage of nutritional intake through food is another factor for boosting growth of the elderly nutrition market over the forecast period. According to World Population Prospects in 2017, the global geriatric population was around 962 million, which is expected to reach around 2.1 billion by 2050.

Moreover, rise in geriatric population, majorly women, in this region is expected to propel demand for osteoporosis, which in turn is expected to bolster the market growth over the forecast period. According to the International Osteoporosis Foundation, estimated around 20 million cases of osteoporosis in population aged above 50 years in 2015. These problems are greater in women than men and have high prevalence in comorbid chronic disease and disability.

Elderly nutrition consists of vitamin, protein, minerals, lipids, and other, which help in maintaining nutritional balance as well as improving immunity to prevent diseases such as cancer, vitamin deficiency, neurological disorders, sarcopenia, and osteoporosis. Different types of nutrition products are majorly in form of drinks, powder, supplements, and others.

Increasing geriatric population prone to major life threatening diseases such as cancer, chronic diseases, and neurological disorders is a major factor driving elderly nutrition market growth. World Health Organization Prospectus, 2017, estimated a significant rise in geriatric population above 60 years, from 962 million in 2017 to reach 2.1 billion by 2050, and tis increase will triple in 2100, globally.

Moreover, rising number of government initiatives program regarding nutrition and diet are expected to boost the market growth. For instance, in September 2017, the Government of Tanzania launched National Multi-sectoral Nutrition Action Plan (NMNAP) for 2016-2021, to address malnutrition problems for development of nutrition level in healthcare sector. The Nutrition International’s Technical Assistance in Nutrition actively partnered with government of Tanzania for this project.

However, side effects and complications observed in parenteral therapy leads to serious and life threating condition such as refeeding syndrome, liver dysfunction. For instance, Journal of Gastroenterology and Hepatology, December 2013, estimated around 50% cases of refeeding syndrome by physicians from the study conducted in New Zealand.