Electrophysiology devices are medical devices that are used to diagnose arrhythmias and atrial fibrillation. Atrial fibrillation is arrhythmia where the chambers of the heart begin to rapidly beat. An electrophysiology study is a test performed to assess heart's electrical system or activity and is used to diagnose abnormal heartbeats or arrhythmia.The test is performed by inserting catheters and then wire electrodes, which measure electrical activity, through blood vessels that enter the heart. 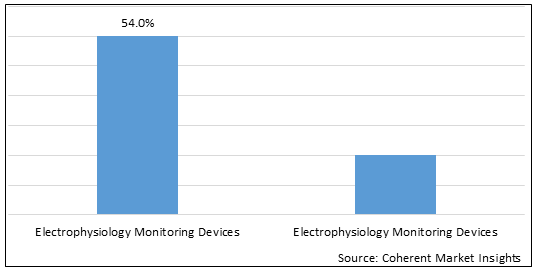 Increasing adoption of inorganic growth strategies such as product launches by key market players is expected to drive the global electrophysiology devices market growth over the forecast period. For instance, in June 2021, Medtronic, a medical device company, announced that they had launched Micra AV, a miniaturized, fully self-contained pacemaker that delivers advanced pacing technology to atrioventricular block patients through a minimally invasive approach. 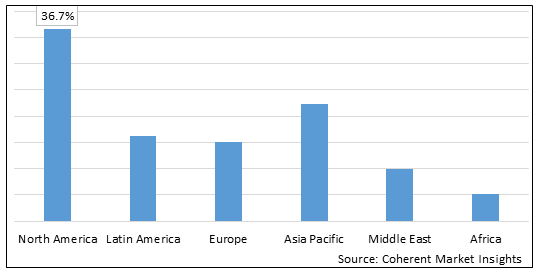 Since the COVID-19 virus outbreak in December 2019, the disease has spread to over 100 countries across the globe, and the World Health Organization declared it a public health emergency on January 30, 2020.

COVID-19 can affect the economy in three main ways: by directly affecting the production and demand of drugs, by creating disruptions in distribution channels, and through its financial impact on firms and financial markets. Due to nationwide lockdowns, several countries such as China, India, Saudi Arabia, the U.A.E., Egypt, and others are facing problems with the transportation of drugs from one place to another.

Increasing adoption of inorganic growth strategies such as product approval by regulatory authorities such as the U.S. Food and Drug Administration is expected to drive the global electrophysiology devices market over the forecast period. For instance, in July 2020, Abbott, a medical device company, announced that they had received an approval from the U.S. Food and Drug Administration for Gallant implantable cardioverter defibrillator (ICD) and cardiac resynchronization therapy defibrillator (CRT-D) devices. The devices are used for the patient5s with heart disorders having magnetic resonanace imaging (MRI) compatibility. Moreover, the new devices offer bluetooth technology and a new patient smartphone app for improved remote monitoring, allowing for increased patient-physician engagement and streamlined communications.

Increasing number of product recalls by regulatory authorities such as the U.S. Food and Drug Administration is expected to hinder the market over the forecast period. For instance, in Feburary 2021, the U.S. Food and Drug Administration recalled a class I device EMBLEM S-ICD, a subcutaneous implantable cardioverter defibrillator, which was manufactured by Boston Scientific Corporation, a medical technology company. The device was recalled because the manufacturing process may allow moisture to get inside the defibrillator and cause a short-circuit when it tries to deliver high voltage shocks.

Electrophysiology devices are cardiac specialty equipments which are used in the diagnosis and treatment of cardiac arrhythmias. An electrophysiology test is used to evaluate heart’s electrical system and to check abnormal heart rhythms. Electrophysiologic testing uses catheters inserted into the heart to find out where abnormal heartbeats are coming from. While performing electrophtsiology test a thin tube called a catheter is inserted into blood vessel that reaches to heart. Then specialized electrodes are placed in the heart to send electrical signals and measure electrical activity in heart. Electrophysiology test is used to see te risk of heart problems such as fainting or sudden cardiac death due to cardiac arrest and also to treat a problem by destroying the place inside heart that is causing the abnormal electrical signal. This procedure is called catheter ablation. Electrophysiology study can help to determine the cause of irregular heart rhythms (arrhythmias) and to predict the risk of sudden cardiac death. As with many tests and procedure, electrophysiology study has some risks such as bleeding around the heart caused by damage to the heart tissue , blood clots in the lungs or legs, etc.

Increasing adoption of inorganic strategies such as product launches by key market players is expected to drive the global electrophysiology devices market growth over the forecast period. For instance, in October 2020, Medtronic, a medical device company, announced that they had launched Azure pacemaker with BlueSync technology. A pacemaker that can communicate directly with patients’ smartphones and tablets, which is designed to detect and reduce the likelihood of atrial fibrillation.

What is the current market size and compound annual growth rate (CAGR) of the global electrophysiology devices market during the forecast period (2022-2030)?

Factors such as increasing adoption of inorganic growth strategies such as product launches by key market players are expected to drive the market.

Which is the leading product type segment in the market?

Electrophysiology monitoring devices is the leading product type segment in the market.

What are the key factors hampering the market?

Increasing number of product recalls by regulatory authorities such as the U.S. Food and Drug Administration are the major factors hampering the market.