Press Release: Human Microbiome Market to Surpass US$ 201.5 Billion by 2026

Human microbiome play a major role in modern healthcare, as it allows easy digestion of food, regulation of immune system, and production of vitamins such as Vitamin K, Vitamin B, and Vitamin B12, which is essential for blood coagulation. 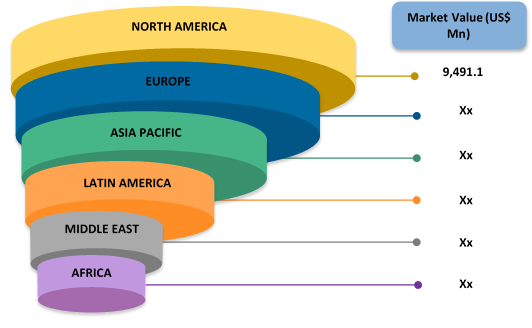 Human microbiome boosts immunity, nutrition, and other uses. High incidence of C. difficile infection is expected to propel demand for antibiotics, prebiotics, and probiotics, which in turn is expected to drive the market growth. According to the Centers for Disease Control and Prevention in 2015, Clostridium difficile infection (CDI) is one of the most common healthcare-associated infections in the U.S., affecting over 500,000 people and causing about 29,000 deaths each year. According to a study published in the Clinical Infectious Disease Journal in 2015, about 25% to 33% of antibiotic-associated diarrhea and 90% of pseudomembranous enteritis are caused by CDI.

Similarly, according to International Agency for Research on Cancer September 2018 estimates, around 9.6 million death and 18.1 million new cases of cancer will be diagnosed in 2018.

Furthermore, introduction of probiotic may induce change in intestinal microbiota and can stabilize microbial communities, which may prevent gut inflammation, propelling growth of the human microbiome market during the forecast period. For instance, in February 2018, Dannon expanded its Activia range with the introduction of a range of low-fat yogurt drinks, Activia Dailies, in the U.S. Activia Dailies contain live and active probiotics.

Microbiome based diagnostic and therapeutic is relatively new concept which creates concern about its safety profile. Moreover, there is concern about true efficacy of microbiome-based platform. The establishment of link between dysbiosis of microbiome and disease is critical to establish clinical potential. For a microbiome-based diagnostic, establishing clinical evidence of the link between biomarkers and disease (cancer biomarkers) would be significant. This scenario presents unique set of a challenge for designing clinical trials as the lack of uniformity in microbiome in target patient pool may affect clinical trial outcomes and reproducibility.

Asia Pacific holds dominant position in the global human microbiome market, owing to high prevalence of obesity shows alterations in gastrointestinal microbiota. According to Asian Development Bank Institute (ADBInstitute), June 2017 estimates around 1 billion people in Asia and the Pacific were obese and around 40.9% of adults in the region were overweight in 2013, compared with 34.6% in 1990. Increasing focus on human microbiome therapy in treatment of cancer in the region is also expected to boost the market growth. According to Asian Pacific Journal of Cancer Prevention, February 2004, in year 2000, around 3 million new cancer cases, and around 2 million cancer deaths, and around 5.4 million people living with cancer in Asia Pacific region.

Moreover, increase in need of early detection and diagnostics of cancer is expected to boost demand for human microbiome market. For instance, in August 2014, National Center for Biotechnology Information (NCBI), stated that Colorectal Cancer (CRC) is third most commonly diagnosed malignancy globally which accounts for around half million deaths annually. The abnormality in gut microbiome in CRC, if diagnosed early can exceed survival rate around 90%.

Human microbiome plays a major role in modern healthcare, as they allow easy digestion of food, regulation of immune system, and production of vitamins such as Vitamin K, Vitamin B, and Vitamin B12 essential for blood coagulation. Human microbiomes boosts immunity, nutrition, and others.

Increasing prevalence of C. Difficile infection (CDI) is a major factor driving human microbiome market growth. In 2010, the American Society for Microbiology, study of CDI over a 13-year period in Quebec, Canada, reported an increase in incidence from 35.6 cases per 100,000 population in 1991 to 156.3 cases per 100,000 population in 2003. According to study published in Clinical Infectious Disease journal in 2015, about 25% to 33% of antibiotic-associated diarrhea and 90% of pseudomembranous enteritis are caused by CDI. Moreover, introduction of probiotic may induce change in intestinal microbiota and can stabilize microbial communities, which may prevent gut inflammation, propelling growth of the human microbiome market over the forecast period. For instance, in October 2018, BioGaia subsidiary MetaboGen introduced two new strains Faecalibacterium prausnitzii (DSM 32379) and Desulfovibrio piger (DSM 32187) for safety study. These strains are derived from human gut microbiome.

Cancer is an abnormal growth of cells in the body, also known as malignancy. It has the potential to replicate itself ...

Since last few years, bacteriophages have been researched as a new alternative to antibiotics. In this therapy, the vi...