Press Release: Infant Formula Market to Surpass US$ 95.0 Billion by 2026

Infant formula is a manufactured food, designed and marketed for feeding babies and infants less than 12 months of age, usually prepared for bottle-feeding or cup-feeding from powder (mixed with water) or liquid (with or without additional water).

Among formulation, powder segment held the largest revenue share of 41.9% in the global infant formula market in 2017. Powdered infant formula is the most economical and environment friendly baby formula as it occupies minimum space in the pantry compared to other formulas. However, powdered formulas take more time to prepare than other formulas.

Among formula, cow milk-based segment held the largest revenue share of 70.0% in the global infant formula market in 2017, and is expected to witness a CAGR of 6.0% during the forecast period. Most of the infant formulas are produced using cow's milk that has been altered to resemble breast milk. This gives the formula the right balance of nutrients and makes the formula easier to digest.

Asia Pacific held significant market share in the global infant formula market in 2017, owing to rising birth rates in the region. According to the worldstat.org, the birth rate in Asia was 17.56 per population in 2011. The birth rate of boys was more than the birth rate of girls in this region. The population of Asia increased from 4.16 billion in 2010 to 4.43 billion in 2016, which is an increase of around 266 million. This rise in the number of births along with the rise in disposable income and per capita spending on baby care has boosted growth of the infant formula market in this region.

However, stringent government regulations imposed on infant food may hamper growth of the infant formula market during the forecast period. For instance, the European Commission has defined specific rules to ensure appropriate nutritional composition and safety of food, specifically manufactured for infants and young children, as well as appropriate consumer information. 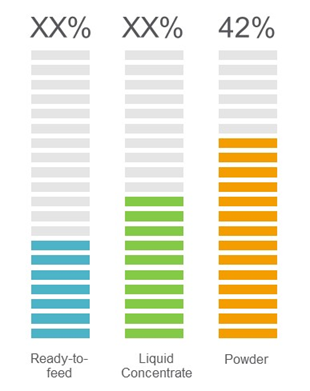 Furthermore, various key players are focused towards increasing its product portfolio and are undergoing mergers and acquisitions to increase its market share. For instance, in September 2017, Danone Manifesto Ventures — a financial arm of Groupe Danone — announced investment in Yooji, the French start-up, aiming to revolutionize baby food, by providing frozen portion size organic products to support companies at the forefront. In June 2017, Mead Johnson Nutrition, an infant formula company, announced its plan to merge with Reckitt Benckiser Group plc, which is a British multinational consumer goods company headquartered in Slough, England. 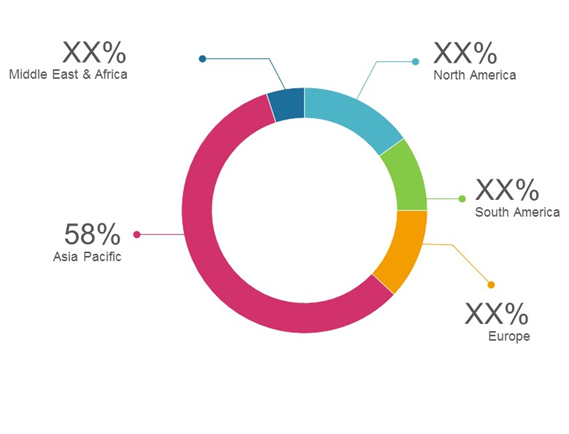 Though infant formula is considered as one of the fastest moving consumer goods and highly profitable area, it is highly consolidated in the hands of few major international companies. According to Coherent Market Insights analysis, Nestle, Danone, Mead Johnson, and Abbott constituted for over 50% share in 2017 in the global infant formula market.

Infant formula is an industrially produced substitute for infant consumption. Infant formula attempt to mimic the nutritional composition of breast milk as closely as possible, and is based on cow’s milk or soy milk.

Marketing strategies adopted by infant nutrition manufacturers to spread awareness regarding importance of feeding specialty baby food and infant formulas is driving growth of the market. For instance, in 2017, Nestlé Indonesia launched 'Start Healthy, Stay Healthy' program to provide knowledge and skills to help consumers make right choices regarding food and nutrition, during pregnancy and the first two years of child’s life.

Among formulation, powder segment held the largest revenue share of 41.9% in global infant formula market in 2017. Powdered infant nutrition products are expected to gain popularity due to its higher shelf life, as compared to other infant food products. Babies with certain medical conditions are also advised to be fed with powdered formula or milk, as these powders contains added fortified nutrients such as iron, calcium, and vitamins.