The global luxury travel market is expected to witness significant growth over the forecast period, owing to increasing number of travelers worldwide. According to the World Travel and Tourism Council, the worldwide investment on luxury travel and tourism was US$ 4,233.3 billion in 2017, which is estimated to reach US$ 6,605.3 billion by 2028.

Furthermore, increasing adoption of digital technology is also expected to boost growth of the market. Increasing use of internet and high presence on people on social media platforms also aids in the market growth. Players in the market are focused on capitalizing the social media presence to expand their consumer base and to strengthen consumer relation. Use of internet allows to compare brands and offers several choices. Moreover, the influence of user-generated travel content is more influential over conventional advertising. The appeal for travel storytelling has rapidly increased, owing to platforms such as Instagram and various blogging sites.

Therefore, increasing use of internet and social platforms is expected to contribute to growth of the luxury travel market during the forecast period. For instance, according to the India Brand Equity Foundation (IBEF), India's internet economy was valued at US$ 125 billion in 2017, and is expected to increase to US$ 250 billion by 2020. Moreover, according to the International Trade Administration, China has the world’s largest e-commerce market and is projected to reach US$ 1.6 trillion by 2019. Over 40% of the total global e-commerce spending comes from China. 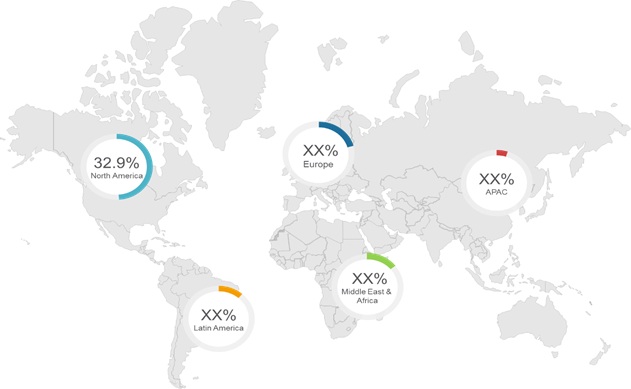 North America held a dominant position in the luxury travel market in 2017, owing to increasing number of millionaires in the region. For instance, according to the OECD (Organization for Economic Cooperation and Development) statistics, US constituted a share of 65.86% among the share of the top 5% of wealth which increased and reached 68.05% in 2016.

Among age group, baby boomers segment held dominant position in luxury travel market in 2017, and the millennials segment is expected to record a significant growth during the forecast period. For instance, the older millennials (aging 25-35) are currently entering in their peak earning years and earning more affluence at unprecedented rates. Therefore, increasing preference of baby boomers and millennials for luxury travel is expected to boost growth of the market.

Among age group, baby boomers segment held dominant position in the market in 2017, followed by millennials and generation X segments, owing to increasing disposable income in the age group. These generations have a continuous source of income as the number of working individuals is continuously increasing. According to the Regional Human Development Report of the United Nations Development Program (UNDP) published in 2016, in 2015, the working-age population was recorded as 0.86 Billion (considering people aged between 15 and 64 years) in India, and will grow to over a billion by 2050.

Increasing adoption of digital media has simplified the processes related to the luxury travel industry. For instance, bookings can be confirmed via online applications or websites and payments can be made through credit cards, debit cards or any other online mode of payment. Social media platforms are useful for the customers as well as for the vendors. Travelers as well as the vendors constantly keep themselves updated with the latest trends related to the luxury traveling. This is attributed to increasing use of internet, smartphones, laptops, and tablets. For instance, the revenue generated by Huawei in 2016 was US$ 79,969 Million and it increased and reached US$ 92,549 Million in 2017.

What are the growth estimates for luxury travel market till 2026?

Which are the prominent luxury travel market players across the globe?

Which segment based on age group, accounted for the highest demand in theluxury travel market?

Among age group, baby boomers segment held a dominant position in the luxury travel market in 2017 .

What are the key factors driving growth of the luxury travel market?

Increasing number of travelers, globally is one of the major factors that is expected to propel growth of the market over the forecast period.

What is the compound annual growth rate (CAGR) of the luxury travel market for next 8 years?

Which region held the largest market share in the luxury travel market?

Among regions, North America held a dominant position in the global luxury travel market in 2017 .