Press Release: Nanopharmaceuticals Market to Surpass US$ 168.9 Billion by 2026

Nanopharmaceuticals Market to Surpass US$ 168.9 Billion by 2026

Nanopharmaceuticals play a major role in advance healthcare, as it is widely used in drug delivery. Nanopharmaceuticals differ from other macroscopic level of medicines in its shape and composition and offer advantages over the bulk analogues such as precision targeting and patient compliance. 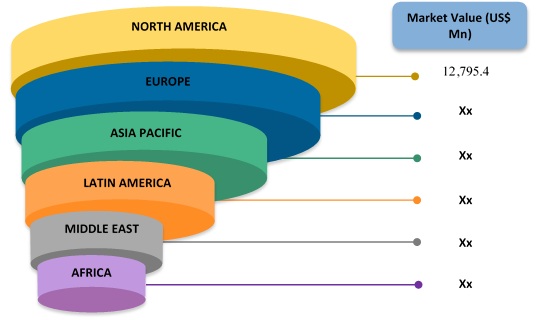 Nanopharmaceuticals are used in various conditions such as cancer, neurological disorders, and other diseases. Moreover, high prevalence of cancer globally, is expected to drive the market growth. According to World Health Organization (WHO), September 2018 factsheet, around 9.6 million deaths occurred due to cancer, and the disease was second leading cause of death, globally.

Increasing incidences of neurodegenerative diseases such as Alzheimer’s disease and Parkinson’s disease is expected to propel growth of the global nanopharmaceuticals market over the forecast period. According to the World Alzheimer Report 2015, around 46 million people were diagnosed with dementia worldwide in 2015, which was estimated to increase to around 131.5 million by 2050.

However, possible toxicity issues, and lack of regulatory guidelines are expected to hinder the market growth. The P&T Community Journal, Volume 42, December 2017, stated an example of carbon-based nanopharmaceuticals demonstrating toxicity in several in vitro and in vivo studies. The mechanism behind toxicity is assumed oxidative stress and others.

Key manufacturers in the region focuses on developing and innovating new drugs for meeting the needs of patients, which is expected to bolster the market growth over the forecast period. For instance, in October 2012, Celgene Corporation, a U.S.-based company, received approval from the U.S. Food and Drug Administration (FDA) for Abraxane (paclitaxel protein-bound particles for injectable suspension), which is used for first-line treatment of advanced non-small cell lung cancer.

Increasing prevalence of cardiovascular diseases, cancer, and infectious diseases are major factors driving nanopharmaceuticals market growth. The World Health Organization, factsheet September 2018, estimated around 10 million cases of tuberculosis and around 1.6 million deaths from the disease in 2017. Moreover, advantages of nanopharmaceuticals over macroscopic level medicines is expected to boost the market growth. Nanopharmaceuticals can pass the blood brain barrier and can access the remote areas of brain as well as low solubility of the compound can be developed for enhancing its characteristics.