The first nuclear power plant was constructed in 1951. The world's installed nuclear capacity was 100 GW by the late 1970s. Then, it continued to grow rapidly during the 1980s. By the 1990s, nuclear power plants had reached 300 GW, but public opposition and the Three Mile Island accident led to more stringent regulations. One of the most common types of nuclear power plants is the pressurized water reactor. A pressurized water reactor uses two loops of circulating water to produce steam. The first loop carries very hot liquid water to a heat exchanger. After the water passes through the heat exchanger, it is converted to steam. The steam can then be sent to the turbine section to create electricity. This energy is used to power electric generators.

North America held dominant position in the global nuclear power market in 2020, accounting for 38.5% share in terms of volume, followed by Europe and Asia Pacific, respectively. 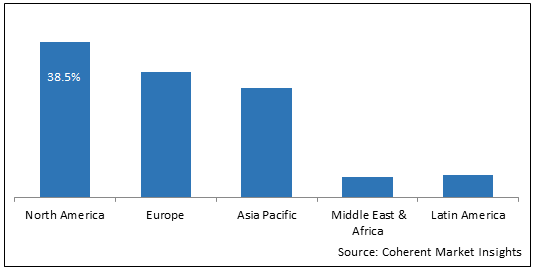 Growing demand for clean energy is a prime factor driving growth of the nuclear power market. Many nuclear power projects are expected to come up during the forecast period in various countries trying to reduce the dependence on fossil-based power generation and decrease carbon emission.

Increasing expansion of plant with favourable policies is again expected to foster market growth. For instance, in May 2021, the US Nuclear Regulatory Commission (NRC) approved an application by Dominion Energy's Virginia subsidiary for a 20-year extension to the operating licenses of the twin-unit Surry nuclear power plant. The approval will enable the two pressurized water reactors to operate until 2052 and 2053, respectively. Similarly, the Russian government is extending the operating lifetimes of most of its reactors from 30 years, for another 15 years, or 30 years in the case of the newer VVER-1000 units, with significant upgrades.

Intense competition from renewable energy is decreasing FDIs and investments in the nuclear power sector across several regions is expected to hinder market growth. For instance, the South Korean government promised to stop nuclear expansion, and it is focusing on renewables. Japan is still facing the after-effects of the Fukushima nuclear disaster of 2011. It is abandoning plans to restart its older reactors due to public resistance and the expense of upgrading safety

Increasing accidents associated with the nuclear power plant is expected to hamper the market growth. The occurrence of accidents in the past and the long-lasting impact that it can have on human health have made the regulatory bodies stricter in terms of regulations during the construction of nuclear power plants.

Nations across the world are involved in research and developing for generation of IV nuclear energy technologies to promote safety, technical, economical, and environmental advancements in Nuclear energy. For instance, the office of Nuclear energy of THE United States is collaborating with various technological universities as well as through collaboration with industry and international partners like International Atomic Energy Agency (IAEA) for developing 4th generation nuclear energy technologies like Next Generation Nuclear Plant (NGNP), Advanced Reactor Concepts (ARC), and Advanced Small Modular Reactor (ASMR).

Implementation of government policies and regulations for nuclear waste policies is again projected to offer lucrative opportunities for the market players. For instance, the policy stipulated that the US Department of Energy (DoE) is responsible for disposing of HLW/used fuel, with disposal to commence in 1998. In 2002, the US Senate approved the development of a repository at Yucca Mountain. This plan was then vetoed by the Obama administration and a high-level 'Blue Ribbon' commission was appointed to come up with alternative proposals.

Increasing development of energy policy act due to growing awareness regarding conservation of energy is expected to be major trend in the market. For instance, the energy policy act includes incentives for the domestic nuclear industry, which include Production tax credit (PTC) of 1.8 Cents/kWh for the first 6000 MWe of new nuclear capacity in the first eight years of operation. The extension allows reactors entering service after 31 December 2020 to qualify for the tax credits, and allows the US Energy Secretary to allocate credit for up to 6000 MWe of new nuclear capacity, which enters service after 1 January 2021. 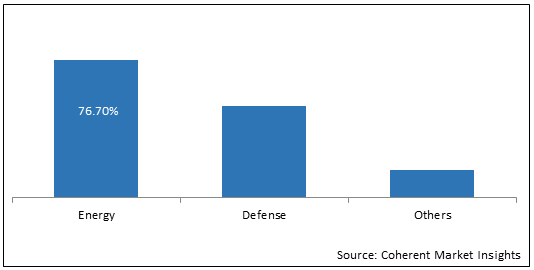 Nuclear power is derived from nuclear fission, a process which releases enormous amounts of energy from the nuclei of atoms. Most nuclear power plants use enriched uranium as their fuel, as it has a higher amount of U-235 atoms. This makes it easier to split the atoms in a nuclear reactor. This technology is also reliable and does not contribute to climate change. It can be used to power submarines and long human missions to other planets.

On the other hand, intense competition due to renewable source of energy and growing number of accidents in nuclear power plant are projected to hinder the market growth.

Growing demand for clean energy and increasing investment in nuclear power plant are fuelling the growth of the market.

Intense competition from renewable source of energy and increasing accidents in nuclear power plants are the major factors restraining growth of the market.