Offshore wind energy is the technology used to generate electricity by wind using wind turbines constructed near the coastline of oceans and lakes. Offshore wind energy offers various advantages such as generation of energy from renewable sources. The energy is generated at higher speed on offshore as compared to onshore, which positively impacts the market growth.

Furthermore, according to the Department for Business, Energy & Industrial Strategy, electricity generated in Q1 of 2018, in the U.K. had a share of 30.1% of renewables, which was around 27% in Q1 2017. In Q1 2018, around 53.2% increase was observed in offshore wind electricity generation. Thus, increasing offshore wind energy generation is expected to fuel the market growth in the near future. 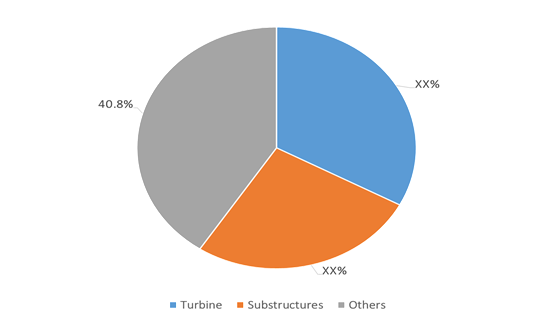 Furthermore, the high presence of key players in North America is driving growth of the offshore wind energy market in this region. For instance, the turbine manufacturers such as Bergey Wind Power and Kelso Energy LTD is focused on updating its turbines with advanced technologies such as onboard sensors and advanced rotor with features of injection and compression moulding. 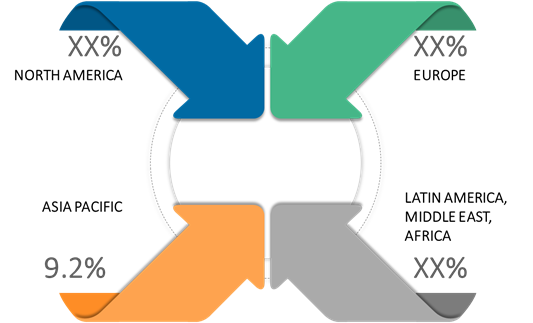 Offshore wind energy is the technology used to generate electricity by wind using wind turbines constructed near the coastline of oceans and lakes. Offshore wind energy offers various advantages such as generation of energy from renewable sources. The energy is generated at higher speeds on offshore than on onshore, which positively impacts the market growth.

Increasing demand for renewable sources in power generation is the underlying factor driving the global offshore wind energy market growth. This is due to the stringent government regulations and policies regarding fossil fuel use, as it leads to high carbon emissions. Globally, energy related carbon dioxide emissions are expected to increase to 45 billion metric tons by 2040, according to U.S Energy Information Administration (EIA), 2013. Therefore, rising concerns about greenhouse gases is leading to high demand for renewable sources of energy, which in turn is expected to drive growth of the offshore wind market.

Key players and organizations in the market are focusing on technological advancements to increase wind energy generation and reduce production cost. According to the study by GrouPrognos AG and The Fichtner Group, the offshore technology contains significant cost reduction potential with the help of technical innovation and networking of players (partnership). For instance, in 2016, ABB Ltd. announced a strategic partnership with Aibel to deliver state-of-the-art offshore wind integration solutions. ABB is focused on delivering core high voltage direct current technology. Whereas, Aibel will take up the turnkey Engineering, procurement, and construction responsibility for offshore platforms.

What are the growth estimates for offshore wind energy market till 2027?

Which are the prominent offshore wind energy market players across the globe?

Which segment based on location type, accounted for the highest demand inoffshore wind energy market?

Among location type, shallow water segment accounted for the largest market share in the global offshore wind market in 2018.

What are the key factors driving growth of the offshore wind energy market?

Increasing demand for renewable sources in power generation is one of the major factors that is expected to propel growth of the market over the forecast period.

What is the compound annual growth rate (CAGR) of the offshore wind energy market for next 8 years?

Among regions, North Americais expected to hold dominant position in the market over the forecast period.

Bioenergy is defined as the material which is produced by photosynthesis and it is used a feedstock in the manufacturi...

Gypsum is a kind of mineral that is found in crystals and masses known as gypsum rock. Gypsum is a very soft mineral a...