Press Release: Oxytocic Pharmaceuticals Market to Surpass US$ 173.1 Million by 2027

Oxytocic Pharmaceuticals Market to Surpass US$ 173.1 Million by 2027

Oxytocic drugs used to stimulate uterine activity. It is also used to control bleeding after childbirth. It is injected into a muscle, or given as an infusion into a vein. Natural oxytocin is prepared by extracting from the pituitary glands of the animals.

The global oxytocic pharmaceuticals market is estimated to account for US$ 173.1 Mn in terms of value by the end of 2027.

Increasing childbirth using labor induction is expected to boost growth of the global oxytocic pharmaceuticals market over the forecast period. For instance, according to National Perinatal Information Center’s January 2019 report, induction of labor rates increased by 40% during 1997-2017 in the U.S.

Asia Pacific region held dominant position in the global oxytocic pharmaceuticals market in 2019, accounting for 58.1% share in terms of value, followed by 2027. 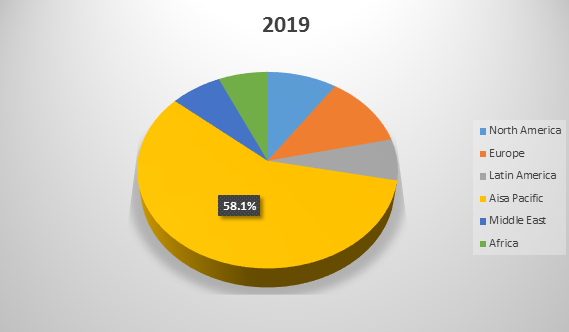 Moreover, quality issues associated with oxytocin preparations are also expected to hinder growth of the market. Several manufacturers are not obtaining WHO prequalification for manufacturing of oxytocin products, which leads to production of substandard quality of drugs in the market.

Increasing focus of achieving mortality ratio of less than 70 per 100 000 live births in under-resourced regions is expected to offer lucrative growth opportunities for players in the market. For instance, according to Maternal Mortality: 1990 to 2015 Estimates by WHO, UNICEF, UNFPA, World Bank Group and the United Nations Population Division, Sub-Saharan Africa recorded the highest ratio or maternal mortality, at 555 per 100, 000 live births, from 1990 to 2015. Moreover, the United Nations is focused on achieving the Sustainable Development Goals 2015 - 2030 global maternal mortality ratio target of less than 70 per 100 000 live births.

Moreover, R&D in use of oxytocin at lower doses following caesarean section is expected to boost demand for oxytocin pharmaceuticals.

Postpartum Hemorrhage segment in the global oxytocic pharmaceuticals market was valued at US$ 62.7 Mn in 2019 and is expected to reach US$ 136.2 Mn by 2027 at a CAGR of 10.2% during the forecast period.

Market players require WHO prequalification for the products that are to be supplied to the international organizations. Manufacturers who adhere to the WHO’s prequalification may have greater possibility to gain larger market share than the non-prequalified manufacturers.

Increasing adolescent pregnancies in Latin America is expected to lead to high demand for oxytocics for labor or abortion in the region. For instance, according to Pan American Health Organization (PAHO), the U.N. children’s agency (UNICEF), and the U.N. Population Fund (UNFPA), there were 66.5 births per 1,000 girls aged 15 to 19 from 2010 to 2015 in Latin America compared to 46 births per 1,000 girls in the same age group worldwide.

Oxytocic drugs are administered intravenously and intramuscularly to stimulate uterine contractions during labor induction for normal child birth and control bleeding after childbirth. Administration of Oxytocic drugs help in both prevention and treatment of postpartum hemorrhage. According to the American College of Obstetricians and Gynecologists (ACOG) prophylactic administration of uterotonic agents to prevent uterine atony is recommended. Furthermore, increasing childbirth using labor induction is expected to boost growth of the global oxytocic pharmaceuticals market over the forecast period.

Antiandrogens are a class of drugs that prevent androgens such as testosterone and dihydrotestosterone (DHT) from medi...

Abortion is termination of pregnancy, which can be done by using a medicine or surgery to remove the embryo or fetus a...

Optic nerve disorder is a medical condition that indicates degeneration of the optic nerve. There are many types of op...