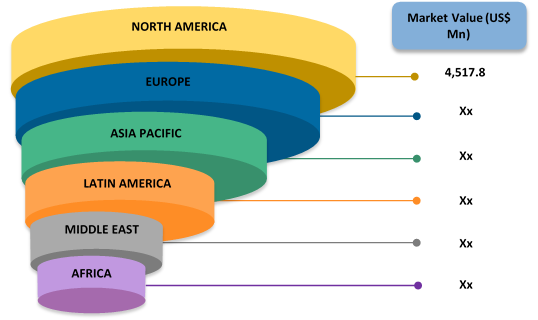 Increasing number of drugs under clinical stage of development in order to cater to unmet medical needs for pediatric patient population is expected to boost the market growth. According to Pharmaceutical Research and Manufacturers’ Association (PHRMA) data in 2018, over 1,300 industry-sponsored pediatric clinical trials are underway across a variety of therapeutic areas, including diseases where there is significant unmet need such infectious diseases, neurologic conditions, genetic disorders, and several forms of cancer. Furthermore, robust product pipeline and increasing approval of new pediatric drugs is expected to boost the market growth. For instance, in August 2018, Biocodex received U.S. FDA approval for Diacomit (stiripentol) for the treatment of seizures associated with Dravet syndrome. Similarly, in October 2018, Regeneron Pharmaceuticals received U.S. FDA approval for Dupixent (dupilumab) for the treatment of moderate-to-severe asthma.

However, high termination percentage of pediatric clinical trials due to several reasons is expected to hinder growth of the pediatric clinical trials market. Pediatric trials have high percentage of failure due to reasons such as patient accrual. Other issues include, behavioral problem and trial conduct issues such as inaccurate dosing, difficulty in formulation, and informative termination along with regulatory issues and drug toxicity during clinical trials. According to U.S. FDA, around 25 - 40% of pediatric trials fail to establish safety, efficacy, and result in a labeled indication for pediatric use, which results in their termination.

North America is expected to hold dominant position in the global pediatric clinical trials market, owing to high prevalence of chronic diseases in pediatric population and increasing number of clinical trials conducted in the U.S. Pediatric population is one of the most vulnerable groups to various diseases such as polio, epilepsy, encephalitis, asthma, chronic obstructive pulmonary disease, (COPD) and other respiratory diseases. Other diseases also include, cancer, diabetes, diarrhea, leukemia, anemia, chronic kidney disease, and other rare diseases that result in substantial disease burden worldwide. Increasing demand for new vaccines and other biologic products to tackle various infectious diseases such as measles, mumps, polio, tuberculosis, rubella, influenza, whooping cough, chickenpox, malaria, and streptococcal pharyngitis is also expected to boost the market growth. According to the World Health Organization (WHO) 2018, around 86% of infants are vaccinated against 26 diseases worldwide. However, around 19.5 million children are unvaccinated leading to death of 2-3 million children annually. Innovative approaches such as micro-needle vaccine can be utilized after due trial for safety and efficacy.

Similarly, according to the Centers for Disease Control and Prevention (CDC) factsheet in 2018, around 470,000 children had active epilepsy in the U.S., accounting for around 0.6% of children aged 0-17 years.

Clinical trials are the gold standard and must for generating evidence-based data and knowledge in medicine. Clinical trials conducted on children (between age group of 0 to 18) for research and development of drugs or formation of new drugs are called as pediatric clinical trials. Pharmaceuticals and biotechnological industries and government regulatory bodies are collectively focused on improving research and development for pediatrics population. A new law in the U.S. and Europe was passed as pediatric regulation 2007 that required new adult drugs to be tested for use in children. This in turn is expected to lead to increasing number of pediatric clinical trials in the U.S. and worldwide.

Robust product pipeline, increasing approval of new pediatric drugs and high outsourcing for drug development are major factors driving pediatric clinical trials market growth. According to Pharmaceutical Research and Manufacturers’ Association (PHRMA) data in 2018, over 1,300 industry-sponsored pediatric clinical trials are underway across a variety of therapeutic areas, including diseases where there is significant unmet need such as infectious diseases, neurologic conditions, genetic disorders, and several forms of cancer. Similarly, 5 pediatric drugs received U.S. FDA approvals in 2018 and 4 and 7 in 2017 and 2015, respectively.

Moreover, introduction of new approaches in clinical research and implementation of advanced technology is expected to boost the market growth. Adoption of data analytics and machine learning platforms is expected to help in better management of the data generated during trials, which can play key role in faster drug development. For instance, in 2015, Quintiles announced the addition of advanced statistical monitoring and predictive analytics capabilities to its risk-based monitoring (RBM) solution.