Power System Analysis Software Market Is Expected to Exhibit a CAGR of 12.8% During the Forecast period (2020-2027)

The global power system analysis software market is estimated to account for US$ 14,715.3 Mn in terms of value by the end of 2027.

Growing urbanization has led to increased demand for electricity worldwide, which in turn, has resulted in increased electricity production. According to Coherent Market Insights’ analysis, electricity production has increased at a CAGR of 9% from 2010-2014. Furthermore, it has compelled power utility companies across the globe to set up a network of power transmission lines as well as boost the existing power transmission lines, grids, and related infrastructure, in order to obtain improved and more efficient electricity generation transmission and distribution. Therefore, these factors are expected to drive growth of the global power system analysis software market during the forecast period.

Governments and regulatory authorities are implementing encouraging policies for power system analysis software. These authorities are also implementing smart power technologies through incentives and mandates. Moreover, this pace and scale of deployment are greater in emerging countries such as China and India. For instance, the U.K. government made it mandatory to deploy smart electric meters in homes and businesses until 2019. The U.K. government is expected to invest US$ 19,500 Mn for this project. The Chinese government has already started implementing smart grids through its 12th Five-Year Plan on Smart Grid Major Science and Technology Industrialization Projects, calling for massive investment in smart grid technology. As part of the plan, the State Grid Corporation of China announced that it would deploy 300 million smart meters by 2015 and up to 380 million meters by 2020. Hence, these factors are expected to propel the market growth in the near future. 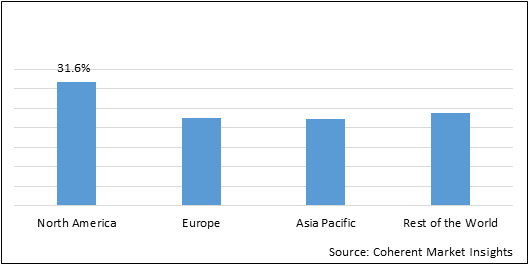 The implementation of smart power analysis software requires significant upfront power utilities. Furthermore, there are several institutional barriers that hinder in generating ample monetary help from the government to invest in these technologies. On the contrary, there is a lack of willingness in power utilities to improve grid efficiency and motivation to improve grid efficiency because of these huge investments. The impact of this restraint is expected to be high during short-term forecast period. However, it would go down to moderate during medium- and long-term forecast periods due to increasing government support.

The smart power system technologies in a typical combination that involves controls, sensors, and software to monitor and analyze power systems, which require skilled operators to handle the system properly. For instance, in 2003 a power outage that affected the U.S. and Canada was the consequence of a human error and resulted in losses worth US$ 6,000 Mn. The operator, while resolving an error in a telemetry device, forgot to restart the monitoring system. Therefore, these factors are expected to hinder the market growth over the forecast period.

Power utilities are facing challenges to provide uninterrupted power supply, in order to rise industrialization. For instance, in 2003, a power outage in Italy affected 50 million people for more than 12 hours. Similarly, a power outage was reported in the U.S. and Canada in the same year, which attracted attention to reliability issues. Furthermore, according to Accenture’s study, in 2012, the average duration of electricity interruption was the highest in China at 480 minutes, followed by Canada and Australia electricity interruption of 311 minutes and 262 minutes respectively.

According to a study by the market intelligence firm Northeast Group, Southeast Asian countries are expected to invest US$ 13,600 Mn in smart power technology infrastructure between 2014 and 2024. This involves investment in smart metering and modernization of electricity transmission and distribution networks with sensors, software, and communications. This, in turn, would generate new opportunities in the market. By 2024, Thailand, Indonesia, Malaysia, Singapore, the Philippines, and Vietnam are expected to be the largest markets for smart power technologies and in turn, would generate new demands for power system analysis software. 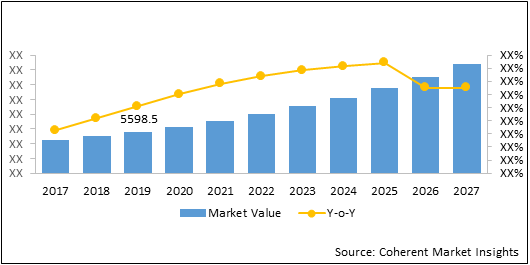 Digital technologies have played an integral part in the modernization of many sectors of the world economy and have resulted in increased efficiency and productivity while bringing in new opportunities in these sectors. However, the same cannot be stated for the electric power sector, which has failed to keep up with fast modernization. Many power utilities, especially in emerging economies such as India and China use the same designs they did when most of the grid was built in the late 1960s and 1970s. For instance, the traditional U.S. electrical grid was designed neither with the latest technology nor with the goal of supporting a high-tech economy and enabling low-carbon technologies, energy efficiency, and conservation.

In 2012, the International Renewable Energy Agency announced the “Global Renewable Energy Roadmap” to proliferate the allocation of renewables in the global energy production mix by 2030. The white paper published by the International Renewable Energy Agency in 2013 showed the way to achieve this target. The paper recommended that the share of renewables needs to be at least doubled from the current 20%. Denmark has successfully integrated smart electric technologies to support wind energy usage in electricity generation penetration. Notably, Denmark’s 30% of its electricity is generated from wind energy. Denmark also plans to increase wind energy penetration to 50% by 2025.

Due to Covid-19 pandemic, many industries witnessed significant shift in their business. There is significant impact on power system analysis software market due to this pandemic. Every country is strictly following complete lockdown and due to this all manufacturing industries across the globe have been temporarily shut down. This has reduced the electricity demand from industrial sector and increased the demand from residential sector. The demand of Power Analysis software is increased as companies are using these software to analyze the consumer behavior.

Power system analysis software is used by power utilities for analysis, modeling and simulation of the electric system. This analysis offers number of features that help power utilities in the diagnostic and detection of abnormalities or any kind of defects. Furthermore, it provides 24/7 access to operational data, historic data, and trends. Power system analysis software is used to measure adequacy calculations between generation and network capacities.

Rising demand for energy, and inefficiencies in current supply are expected to drive the growth of global power system analysis software market over the forecast period. The demand of the energy is expected to grow around 778 joule by 2035. Moreover, governments are tightening the rules and regulations to put more pressure on these power industries to meet the sustainable energy goals. For instance, according to European Energy Agency (EEA), European Union countries are expected to generate 20% of the energy from renewables in 2020 from 14% in 2014.

Distribution segment held the major market share in 2019 owing to leading demand through the forecast period.

Which are the key factors driving the growth of the Power System Analysis Software market?