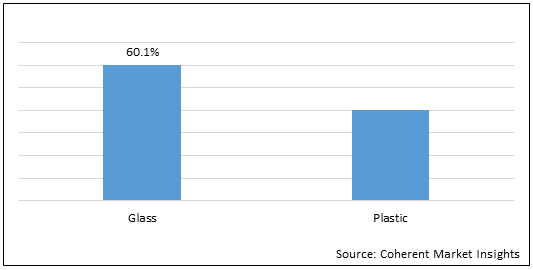 Increasing prevalence of chronic diseases such as diabetes, heart diseases, autoimmune diseases, and other diseases are expected to drive growth of the global prefilled syringes market

There has been an increasing prevalence of chronic diseases such as Type 1 diabetes among a significant population across the globe. Patients with Type 1 diabetes undergo regular intra-venous administration of insulin to control their sugar levels. Owing to ease of administration, prefilled syringes can make self-administration more convenient and viable. According to the data published by the International Diabetes Federation, on December 2021, around 537 million adults (20-79 years) had diabetes, and around 6.7 million deaths occurred globally due to diabetes in the year 2021. 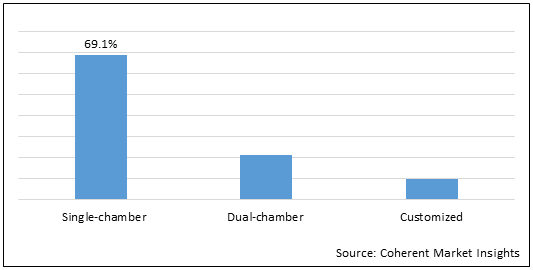 Increasing technological advancements and product launch are expected to drive the market growth during the forecast period.

COVID-19 can affect the economy in three main ways: by directly affecting production and demand, by creating disruptions in distribution channels, and through its financial impact on firms and financial markets. Due to nationwide lockdowns, several countries, such as China, India, Saudi Arabia, U.A.E., Egypt, and others are facing problems with regards to the transportation of products from one place to another.

The major factors that hinder growth of the global prefilled syringes market include product recalls, possibility of reactions between prefilled syringe components and the drug, and others. For instance, in December 2021, Novartis Pharmaceuticals UK, a healthcare company, recalled a specified batch of Lucentis 10 mg/ml solution for injection in pre-filled syringes due to a faulty plunger stopper, which led to an increased number of customer complaints relating to the plunger being difficult to press down.

The increasing adoption of strategies such as investments by the key players to construct production facilities for prefilled syringes is expected to drive market growth over the forecast period. For instance, in July 2018, Terumo Corporation, one of the world's leading manufacturers of medical devices and supplies, announced that it would invest approximately 7 billion yen (US$ 50 million) to construct an additional production facility at the headquarters plant at Terumo Yamaguchi D&D Corporation, a Terumo Corporation subsidiary, for prefilled syringes.

Moreover, the increasing adoption of strategies such as product launch is expected to drive the market growth over the forecast period. For instance, in December 2018, Terumo Corporation, one of the world's leading manufacturers of medical devices and supplies, announced that Hulio, a biosimilar of Humira, which uses the company's PLAJEX pre-fillable syringe, has launched in Europe. FUJIFILM KYOWA KIRIN BIOLOGICS Co., Ltd., a company engaged in the development and  manufacturing of biosimilars, and Terumo Corporation jointly designed the formulation of Hulio. Terumo Yamaguchi D&D Corporation, a wholly-owned subsidiary of Terumo Corporation, would carry the manufacturing on contract, and Mylan N.V., a subsidiary of Viatris Inc., an American global healthcare company, will commercialize the product in Europe.

hat is the current market size and compound annual growth rate (CAGR) of the global prefilled syringes market during the forecast period (2022-2030)?

Factors such as increasing prevalence of chronic diseases such as diabetes, heart diseases, autoimmune diseases, and other diseases and increasing technological advancements and product launch are expected to drive the market growth.

Which is the leading material segment in the market?

Glass segment is the leading material segment in the market

The major factors hampering growth of the market include product recalls and possibility of reactions between prefilled syringe components and the drug.