First Person View (FPV) racing which is also called drone racing, consists of custom-built quadcopters with front faced camera mounted or inbuilt into them with high-speed electric motor for racing purposes. Furthermore, the pilot controls the drone with a remote control while portraying the vision of camera mounted on the drone with the help of head-mounted display or goggles and controls the motion, speed, and direction of the racing drone with the controller.

Global racing drones market is expected to witness significant growth during the forecast period (2018–2026). The market growth is majorly attributed to increasing application of drones in various sporting events, for example in cricket tournaments, the drones are used for capturing pictures or videos from the top for clear view. . Furthermore, as per Coherent Market Insights, growth of the market of racing drones is also propelled by the drone industry growth, which was pegged at 2.2 million units in 2016 and is also expected to witness high growth during the forecast period from 2018-2026 as well. 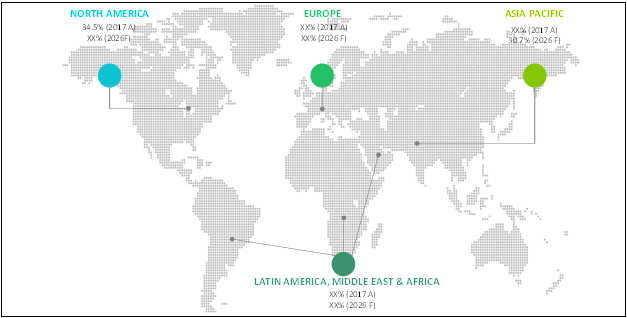 Various sport events are being conducted across the globe, where the use of drones is increasing. This is expected to aid in growth of the market. For instance, in 2014, the drone racing started through Australia which was organized by Quadcopter Aerial Racing Organization and Promotion (QAROP) and became a trend across the world. Since then, racing drones have started gaining traction in sports application. There are different types of leagues and tournaments such as Pilots, Trick Wiki, and MultiGP introduced as of now which require racing drones with different types of configurations, components, and features such as high speed, high battery voltage, camera with wide angle & high quality video throughput, better control, and more focused towards moving forward instead of hovering. Each league has different rules for the type of equipment (standard spec or open spec) such as overall environment of the race and rules for overtaking & combat. This factor is expected to increase sales of different configuration of drones with various specifications required for any particular type of racing.

As per Coherent Market Insights, in 2015, the drone industry witnessed a steep growth due to the rule by Federal Aviation Administration (FAA), which granted new exemptions for companies to operate drones in the U.S. This is another factor expected to aid in growth of the market. 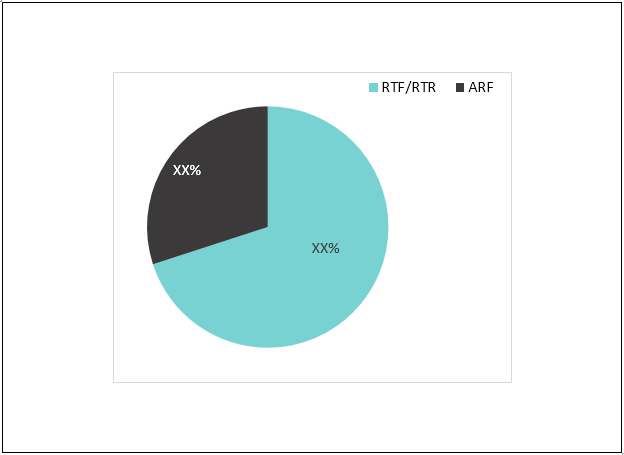 There are numerous types of drones which are used for various applications such as surveillance, reconnaissance, security, and search & rescue operations in different end-use industries such as aerospace & defense, construction, oil and gas, and commercial operational applications as well. The drones which are used for racing are different from the drones used in the above mentioned applications. These are required to have high precision controlling with high-speed and better stability. The new generation drones with high powered motor and high power supply with lightweight components are used for racing. The introduction of these types of drones in the Unmanned Aerial Vehicle (UAV) or drone industry is expected to drive the market growth during the forecast period.

Demand for reducing human intervention in driving in racing tournaments, which could reduce time required for driving and costs has become a major factor to drive growth of the drones industry and for racing drones as well. There is no need to design and operate any safety structure with this factor. The pilot with the controller in his hand gives all the commands to drones and operates it with the controller, which reduces the chances of accidents and loss of human lives which acts as major a driver for drones/UAV industry and for racing drones as well.

Racing drones have witnessed significant adoption in the sports and gaming applications during the forecast period, owing to introduction of high-speed lightweight drones, and rising demand for reducing human intervention for driving. Furthermore, high power consumption by drones has led to a short fly time and this is a major factor restraining growth of the racing drones market.

The global racing drones market growth is attributed to rising adoption of drones in the sporting & gaming applications and increasing demand of high-speed drones for FPV racing in extreme sports, which are gaining popularity across various countries, globally. For instance, in 2015, the Australian Broadcasting Company (ABC) produced a feature called Game of Drones. In addition to this, some of the other racing leagues such as Aerial Action Sports League, Aerial Grand Prix, Flight Club, MultiGP, Open Pilot, RacingFPV, NorCalFPV, SoCalRotorRacing, and TeamRaceKraft, requires high-speed lightweight drones with high power and good electric motors for the tournaments. Moreover, increasing applications of high-speed drones in different end-use industries such as aerospace and defense, construction, and rescue/inspection & security are further driving demand for drones with high power electric motors and battery for longer aerial flight time.

What are the growth estimates for racing drones market till 2026?

Which are the prominent racing drones market players across the globe?

Which segment based on drone type, accounted for the highest demand in the racing drones market?

Among drone type, ARF (almost ready-to-fly) segment is estimated to exhibit the highest growth rate during the forecast period

What are the key factors driving growth of the racing drones market?

What is the Compound Annual Growth Rate (CAGR) of the racing drones market for next 8 years?

The global racing drones market is estimated to exhibit a CAGR of 20.0% over the forecast period.

Which region is dominating the racing drones market growth?

Among regions, North America is expected to hold the dominant position in the global racing drones market over the forecast period