Increasing prevalence of gynecologic cancer and spine disorders is expected to boost growth of the global safety needles market over the forecast period. For instance, according to Foundation for Women’s Cancer, around 5,170 new cases of vaginal cancer are diagnosed each year in the U.S.

Moreover, high adoption of prefilled syringes is also expected to aid in growth of the market. Prefilled syringes are widely used for product differentiation for drugs that require parenteral injections. The growing awareness in risk associated with filling syringe from a vial is expected to act as a value-driver for demand for prefilled safety needles.

North America region held dominant position in the global safety needles market in 2019, accounting for 31.8% share in terms of value, followed by 2027. 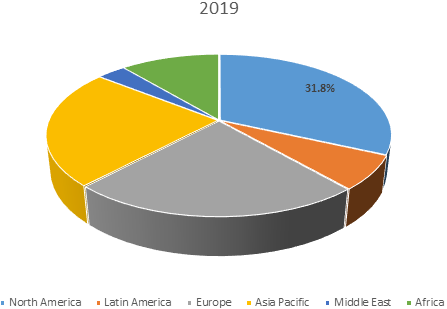 Moreover, high incidence of trypanophobia (fear of needles) is also expected to limit growth of the market. For instance, according to the study, ‘The fear of needles: A systematic review and meta-analysis,’ published in the Journal of Advanced Nursing in January 2019, the prevalence for needle fear ranged from 20-50% in adolescents and 20-30% in young adults.

Growing preference for pain-free needles is expected to offer lucrative growth opportunities for players in the market. Diabetes patients rely on regular dose of insulin. Therefore, such patient group prefers needles that offer less or no discomfort, ease of use, and high accuracy of dosage.

Moreover, government initiatives for needle disposal is also expected to aid in growth of the market. For instance, in February 2020, the city of Bloomington (U.S.) announced its plans to provide needle disposal boxes in public parks.

Increasing concerns on needlestick injuries and high prevalence of HIV and blood borne diseases have prompted companies to develop and introduce needles with enhanced safety features in the market. Products with advanced features such as self-retracting needles and needles with safety locking system are gaining traction among healthcare professionals and patients.

Government initiatives to promote vaccination is also expected to aid in growth of the market. For instance, in February 2020, the state Government of Colorado, U.S., announced its plans to pass bill for increasing the vaccination rates of Colorado children to 95% in line with the targets of the Centers for Disease Control and Prevention. 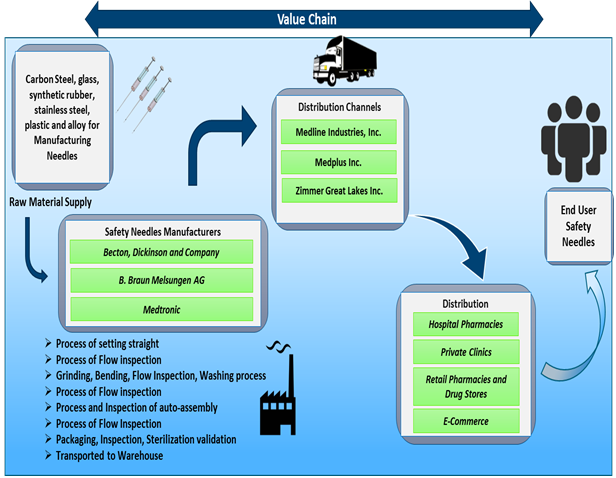 Players in the market are also focused on launching affordable products to enhance their market share. For instance, in January 2020, Eli Lilly and Company announced its plan to launch lower-priced versions of Humalog Mix75/25 KwikPen and Humalog Junior KwikPen, by mid-April.