Second Hand Vehicle Trading Service Market to Generate a Revenue of US$ 647.3 Million by 2027

Second hand vehicles or used vehicles are defined as vehicles that are already registered and are available for sale. In recent years, the longevity, reliability and quality of used cars has improved, while global demand for cars continues to rise. Used vehicles offer consumers mobility at a lower cost, owing to which demand for used cars has increased substantially among middle class people. Moreover, increasing disposable income in developing countries such as China and Brazil is also one of the contributing factor for the growth of used car market. Furthermore, in developing markets such as India the new vehicle sales have declined by 2% during 4QFY19 while the overall used car market registered a growth of 10% for the same period.

Europe held the dominant position in the market in 2018, followed by North America and Asia Pacific. Moreover, Germany, France, Italy, Spain, and the U.K. are some of the major growth engines of the second hand vehicle trading service market in Europe. The region has witnessed significant growth in sales of used cars in the last couple of years. For instance, according to German Federal Authority for Automotive Transport (KBA), in 2017, around 7.19 million used vehicles were sold, out of which 21% vehicles are less than two years old.

Moreover, the region has witnessed a higher used car sales ratio compared to new car sales ratio in the recent years owing to large demand for vintage and luxury vehicles. According to CMI analysis in 2018, In European Union (EU) the sale of used cars is 2.1 times that of new cars in the region.

Moreover, Europe is the largest exporter of used cars. According to United Nations Economic Commission for Europe (UNECE), in 2017, Germany exported more than 150000 second hand light duty vehicles across the globe which is equivalent to 40% of all exports in the EU of used light duty vehicles. All the aforementioned factors are contributing to the growth of the second hand vehicle market in the region which, in turn, is expected to boost growth of the second hand vehicle trading service market in the near future. 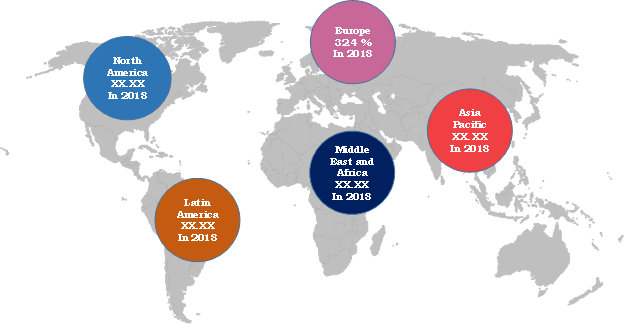 The passenger car segment is expected to be the largest segment during the forecast period. The import-export business of used cars has become stronger since the past decade. The U.S. is one of the major exporters of used cars, and it exports cars to emerging economies in Africa, South America and the Middle East. According to CMI analysis, in 2018, the U.S. exported around 710,000 used passenger vehicle.

The market value of used vehicle exports in the country reached US$ 7.17 billion. Used passenger vehicles also occupy close to 30% of all the passenger vehicles exported by the U.S. Moreover, the increasing number of organized online used cars sales channels which provide complete end-to-end purchasing capabilities has fueled the growth of second hand vehicle trading service. 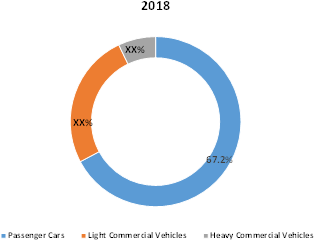 The second hand vehicles are used vehicle  which are registered previously with regulatory authorities or government bodies. These vehicles are sold through traditional offline channels such as walk-in car stores, car dealers, rental companies, auction houses, and franchise among others; as well as through online sales channels such as dedicated car selling websites, buying and selling platforms, and social media among others.

Original equipment manufacturers (OEMs) across the globe are focused on continuous product innovation, and introducing new vehicle models with advanced features to expand their consumer bases. As a result, existing car owners are purchasing new cars and selling their old or existing cars in the aftermarket. Moreover, various OEMs have started their own organized second hand car trading car trading services. For instance, Mahindra and Mahindra, an Indian car manufacturer, is providing multi brand certified second hand cars through its group company Mahindra First Choice. The increasing number of organized players in the second hand vehicle trading market is one of the major contributing factors to the growth of the global second hand car market. However, unavailability of finances for used cars can be a major challenge for the growth of the second hand vehicle trading industry.