Snow boots are specially designed for those people who usually spend a lot of time in snowy, muddy conditions, for instance, mountain trekkers, habitants of very high snow-fall regions, workers on road construction projects, and others. Farmers find snow boots useful to work in muddy fields throughout the variable seasons of a year. It is very difficult to walk and make your way through snow covered paths. Snow boots make it easier to tread through the bulky snow clusters and keep your feet warm and dry. Snow boots come in a wide size range for men, women, and kids. Snow boots help in keeping the feet warm, avoids water entrainment in the shoes and thus keep the feet safe from developing any frostbite.

Snow boots are considered favorable because of their various advantages over winter boots and rainy boots. Unlike winter boots, snow boots are water resistant. Sow boots consist of snow gaiters and tight cuffs, which are responsible for preventing entry of snow and water (after melting) into the boot and helps keeping the feet dry. Walking through the deep snow requires boots with more protection. Snow boots are made with extended height, much above the ankle for extra comfort. The bottom of the boots is made with rubber, which provides 100% water proof insulation and makes the boot easy to clean. The upper boot material is made of leather or linen which helps in keeping the feet warm. 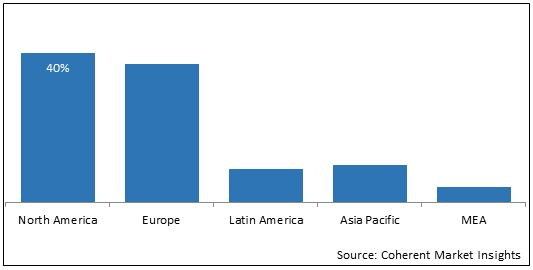 Among regions, North America held the dominant position in the global snow boots market in 2020, accounting for 40% market share in terms of revenue, Europe being the second most dominant followed by Asia Pacific.

The heavy precipitation in form of snow from December to February in the North America is driving demand for snow boots in the region.

The climate change and global warming have impacted the snow fall across regions. For instance, according to the U.S. Environment Protection Agency (U.S.EPA), rate of change in total snowfall from 1930 to 2007 at 419 weather stations declined in the country. Approximately 57% of stations have witnessed a decrease in precipitation in form of snow with an average decline rate of 0.19% per year.

The consistent product launches in accordance with research and development in order to make the product more consumer friendly is a key trend adapted by manufacturers to increase their market share. For instance, in November 2021, Canada Goose, a Canada based leading manufacturer of extreme weather outerwear entered into the snow boots market by launching their first ever ‘Snow Mantra Boot’. Snow mantra boots are snow boots with advanced features such as insulated liner molds to give a proper fit along with an insulated lining inspired by the brand’s warmest coat, the Snow Mantra Parka. The boots also come with draw cords and cord-locks to provide quick adjustments along with variable lacing modes and the inbuilt water proof membrane creates a 100% sealed barrier. These specifications make the snow mantra boots a perfect candidate to be used in environments having extreme temperature conditions Such product developments and launches will boost the demand for snow boots. 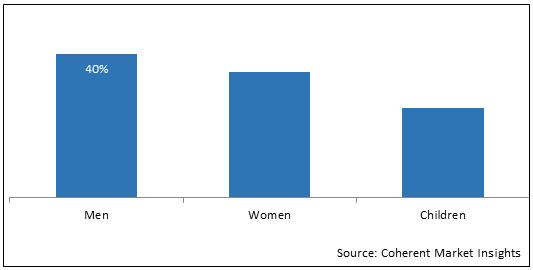 The halt in production and manufacturing activities affected the sales of snow boots market gradually around the globe. The fast spreading of COVID-19 virus created a panic around the world, for which the governments imposed strict lockdown and social distancing measures. The lockdown observed a huge declination in the production of footwear across industries. The social distancing measures, closing of tourist’s places subsequently caused a downfall in demand for snow boots.

For instance, according to Tata International Limited, for the month of March in 2020 sales of footwear and clothing fell by 67.4% shops and stores which were not equipped with e-commerce platforms.

North America and Europe are leading regions in the snow boots market. The growing civil engineering industry makes settlement and tourism easier in snow covered regions in these regions. According to a report by international Report on Snow and Mountain Tourism, 2020, it was found that resorts in Europe registered considerably more visitors than those in North America. According to this report Australia, Switzerland, Italy and France were recognized as inbound ski destinations. Carpathian Mountains, the second largest mountain range in Europe, had 44 ski resorts, 150 ski lifts, out of which 20% were renewed in the last 15 years. Carpathian Mountain range is becoming an attractive destination for visitors as the prices are cheaper compared to other resorts in Europe. Some of the ski lopes are lit during night time, for night skiing. Such developments will attract more and more visitors in the near future. The increase in skiing activities will consequently generate demand for snow boots.

Key Players operating in the global snow boots market are executing expansion plans by means of IPO. Employing company shares for trading stock market is a general trend followed by major market players.  For instance, in July 2021, Campus Shoes, a private leather products manufacturing company located in Delhi, India, went public by listing itself in the market for attracting big investors by its 2200 crores IPO with the help of four banks which include Kotak Mahindra, JM financial, Bank of America Merrill lynch, and CLSA to catalyze the IPO process. This IPO initiative was to attract big investors to increase the capital and thus execute business expansion.

Key market players are adopting strategies such as partnerships, mergers and acquisition, in order to strengthen their position in the snow boots market. For instance, In March 2021, Peloton, an exercise equipment and media company based in New York, U.S. came into partnership with Adidas, to provide scope for better opportunities in product development for both the companies. In March 2021, Adidas in its investor presentation stated its interest in shifting to business model for direct-to-consumer sales.

The water and snow proof quality, cleanability, comfort while walking in snow paths, and ability to be used in snowy, muddy as well as extreme wet conditions is driving the growth of the market.

Product developments for improved product quality so as to make the snow boots more comfortable, and developing the boots to be used in much extreme conditions are some key trends currently followed by the manufacturers.

The reduced amount of annual snow fall and availability of rainy boots for wet conditions are some factors which are hampering the growth of snow boots market.