Sodium cyanide (NaCN) is an inorganic poisonous solid with high affinity for metals. It is used as a raw material in pharmaceuticals, dyes and pigments, agrochemicals, and metal industries. It is also used as an insecticide due to its toxicity and finds application in analytical testing. The International Cyanide Management Code for the Manufacture, Transport and Use of Cyanide in the Production of Gold, also referred to as the Cyanide Code, is a voluntary program designed to assist the global gold mining industry. It also helps the producers and transporters of cyanide used in gold mining in improving cyanide management practices, and to publicly demonstrate their compliance with the Cyanide Code through an independent and transparent process.

Among end users, the mining industry segment accounts for the largest share in the global sodium cyanide market. NaCN is used in mining for extraction of gold and other expensive metals. Gold being a least reactive metal shows high affinity for cyanide, causing it to oxidize and dissolve in the presence of oxygen and water. Moreover, the chemical industry segment was the fastest growing segment in the global sodium cyanide market in 2017, owing to a wide range of applications of NaCN in chemical synthesis. Cyanuric chloride, cyanogen chloride, and various types of nitriles are some of the extensively used chemical compounds that are derived from NaCN through various reactions.

Asia Pacific accounted for a significant market share in the global sodium cyanide market in 2017, owing to increasing mining activities in the region. For instance, according to U.S. Geological Survey 2013, China was the leading mined-gold-producing country in the world and gold production in the country was expected to increase 2.5%, annually.

However, difficulty in transport, handling, and storage of NaCN is expected to hinder growth of the sodium cyanide market. The National Industrial Chemicals Notification and Assessment Scheme (NICNAS) has assessed the environmental risks of NaCN and made recommendations for reducing the risks from its transport and use in mining. Moreover, numerous regulations with respect to use of NaCN are hampering the market growth. Transport of NaCN should be conducted according to the requirements specified in the Australian Code for the Transport of Dangerous Goods by Road and Rail (7th edition - ADG7) and the associated State/Territory legislation that gives it effect. 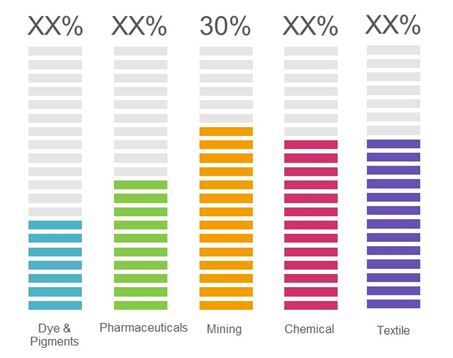 According to Coherent Market insights analysis, Mexico is the largest importer and second largest consumer of sodium cyanide. This is owing to high presence of gold and silver mines in the country. Gold and silver mining activities use sodium cyanide to extract precious metals from the mineral. Mexico is the largest producer of silver in the world and ranks among the top 15 producers of gold worldwide.

Furthermore, key players in the market are focused adopting expansion strategies in order to enhance their market share. For instance, in 2017, CyPlus IDESA stated a sodium cyanide production plant in Mexico, which has a production capacity of 40 kilo tons per year. 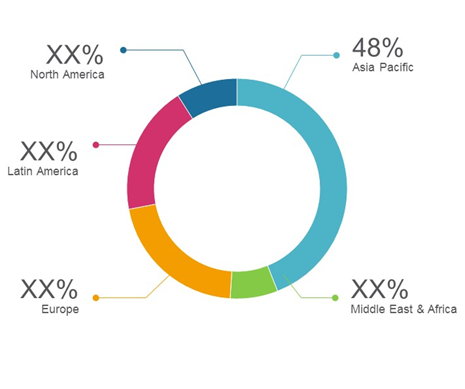 Sodium cyanide is an inorganic, white, and water soluble solid. It is a highly poisonous compound widley used in chemical and mining industries. It is also used for electroplating and as an important precursor to many useful organic and inorganic chemicals, including pharmaceuticals.The high toxicity of the compound is mainly attributed to the presence of cyanide, which has a strong affinity for metals.

Among end user, the mining industry segment is witnessing significant market share in the market. Increasing mining activities worldwide has led to high consumption of sodium cyanide for extraction of gold and other precious metals. For instance, according to Indian Minerals Yearbook 2017, the index of mineral production for all minerals in India (excluding atomic minerals stood at 132.2 points in 2016-17 registering an increase of 2.2% over that 2015-2016.

Asia Pacific accounted for a significant market share in 2017, owing to substantial demand for sodium cynide from gold and silver mining industry in the region. Accroding to the U.S. Geological Survey 2013, production of mined gold in Asia Pacific accounted for around 31% of the worldwide production in 2013. Moroever, China was the leading producer of mined gold in the region, followed by Australia, Indonesia, and Papua New Guinea.

What are the growth estimates for sodium cyanide market till 2026?

The global sodium cyanide market is estimated to reach 2,000 kilo tons by 2026 .

Which are the prominent sodium cyanide market players across the globe?

What are the key factors hampering growth of the sodium cyanide market?

Difficulty in transport, handling, and storage of sodium cyanide is one of the major factors that is expected to hamper growth of the market over the forecast period.

What are the key factors driving growth of the sodium cyanide market?

Increasing mining activities, across the globe is one of the major factors that is expected to propel growth of the market over the forecast period.

What is the compound annual growth rate (CAGR) of the sodium cyanide market for next 8 years?

Which region held the largest market share in the sodium cyanide market?

Among regions, Asia Pacificheld a dominant position in the global sodium cyanide market in 2017.

Dispersion adhesives are water-based adhesive, which consists of solid adhesives dispersed in an aqueous phase. These ...