Subcutaneous Drug Delivery Market to Surpass US$ 15.8 Billion by 2026

Subcutaneous drug delivery route has emerged as a promising and viable alternative to intravenous administration. The demand for subcutaneous delivery route is attributed to the rapid development of biologics in fastest growing sector of the pharmaceutical industry. Moreover, the subcutaneous route of administration is generally preferred, as it enables self-medication, improves quality of life, and thus reduce health care costs.

Furthermore, convenience and safety for both patients and medical professionals offered by subcutaneous devices are major factors leading to growth of the global subcutaneous drug delivery market. According to World Health Organization, 2014, around 2 million healthcare professionals suffered from infectious diseases as result of needlestick injuries globally. The retractable nature of prefilled syringes help to overcome this problem acting as an ideal device to reduce the occurrence of needlestick injuries.

Increasing prevalence of multiple sclerosis (MS), rheumatoid arthritis, diabetes, and food allergies is expected to drive growth of the global subcutaneous drug delivery market, as most of the drugs are administered through subcutaneous drug delivery route. According to the study by National Multiple Sclerosis Society, 2017, an estimated 1 million people in the U.S. are living with MS, where around 200 new cases are diagnosed each week in the U.S.

According to the Indian Diabetes Research Foundation, 2016, around 60% of the world’s population suffering from diabetes lives in Asia, with around one-half in China and India combined. The foundation also states that Western Pacific reported over 138.2 million people suffering from diabetes in 2015, the number for which is expected to rise to 201.8 million by 2035.

According to the World Health Organization (WHO), around 200 to 250 million people suffered from food allergies worldwide in 2015. Moreover, according to the European Academy of Allergy and Clinical Immunology (EAACI), in 2015, around 17 million people suffered from food allergies in the U.K., of which around 3.5 million were children.

However, the unavailability of approved products due to increasing number of product recalls by various developers is a factor hindering growth of the global subcutaneous drug delivery market. In 2015, Sanofi US voluntarily recalled Auvi-Q (epinephrine injection, USP) including both 0.15 mg and 0.3 mg strengths from hospitals, retailers, and consumers, as the products had inaccurate dosage delivery, resulting in failure to provide intended drug dose. 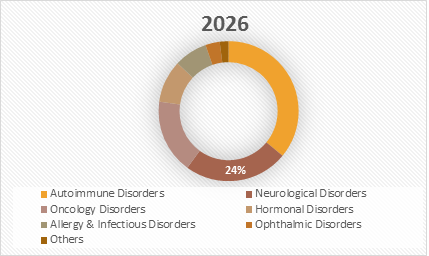 Prevention of needlestick injuries to bolster the market growth.

Increasing awareness regarding safety and concern of needlestick injuries is a major factor driving growth of the global subcutaneous drug delivery market. According to the Health Protection Agency (HPA) report, in 2012, injuries among medical and dental professionals while treating patients increased by 131% (100-231) from 2002 to 2011.

Moreover, preference for safety injection devices is increasing among healthcare professionals and manufacturers, as these devices decrease chances of needlestick injuries. For instance, the WHO recommended the use of safety syringes with sharp injury protection (SIP), in order to prevent needlestick injuries. Moreover, in May 2017, Innovative Neurons LLC announced to commercialize its patented auto retractable multi-needle syringe known as FAST (fast, accessible, safe, and technology) to decrease needlestick injuries.

The market comprises of products, which are available in reusable and disposable form. Disposable segment is expected to witness growth, owing to significant increase in self-administration of drugs to treat chronic diseases. Moreover, the shift from vial-and-syringe format, which is prone to dosing errors and low patient-compliance rates to prefilled syringes that enable the use of disposable and single-use syringes already filled with a prescribed unit dose of medication, is expected to enhance the market growth.

Technological innovations and developments in prefilled syringes and auto-injectors is contributing to the market growth. For instance, Gerresheimer introduced metal-free Luer Lock Gx RTF Syringe in 2017, without tungsten to create perfect primary packaging material for biotechnologically manufactured active ingredients that ideally exclude the possibility of contamination with metal. However, higher cost of auto-injectors and product recalls are factors expected to restrain the market growth.