Typhoid Fever Vaccines Market to Surpass US$ 554.4 Mn Threshold by 2026

Typhoid fever, also simply called as typhoid is a bacterial infection caused by Salmonella typhi, also known as Salmonella enterica serotype Typhi. The typhoid fever is usually caused due to ingestion of contaminated food or water. Typhoid vaccines prevents typhoid fever and provide protection against it. World Health Organization (WHO) has recommended three typhoid vaccines for use, which include live attenuated vaccine, capsular polysaccharide vaccines, and conjugate vaccine

Organizations such as World Health Organization (WHO), Gavi, Bill & Melinda Gates Foundation, and others are highly active in creating awareness regarding typhoid and driving immunization efforts against such diseases

For instance, in October 2017, WHO recommended introduction of typhoid vaccine for children over six months in endemic countries. It also recommended catch-up vaccination whenever possible, prioritizing children and adolescents up to 15 years of age.

Moreover, World Health Organization (WHO), pre-qualified a typhoid conjugate vaccine (TCV) Typbar TCV, manufactured by Bharat Biotech in December 2017. WHO pre-qualification enables the procurement and supply of this vaccine to UNICEF, the Pan-American Health Organization (PAHO), and GAVI (a vaccine alliance) supported countries. Such frequent initiatives taken by various organizations is expected to support the market growth over the forecast period.

High prevalence of typhoid in various emerging economies is expected to rise the demand for typhoid vaccines in near future and fuel global typhoid fever vaccines market growth. For instance, according to the International Health Metrics and Evaluation (IHME) estimates in 2016, around 12 million cases of typhoid fever were reported resulting in around 130,000 deaths globally 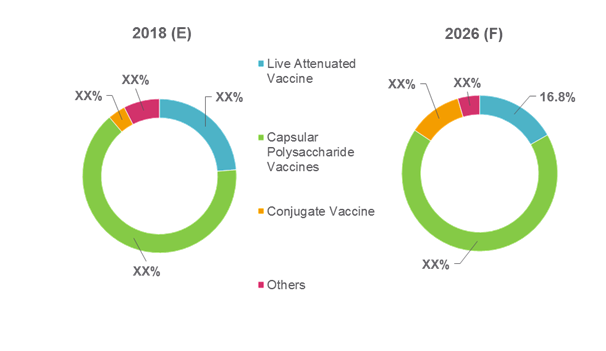 Asia Pacific is expected to be most lucrative region for typhoid fever vaccines market growth, owing to countries such as India, Pakistan, and Bangladesh are endemic to typhoid wherein the demand for typhoid vaccine is every high. For instance, according to the data published by Med India around 18, 45,997 cases of typhoid were found in India in 2015. Furthermore, presence of key typhoid vaccine manufacturers in region and development and launch of novel vaccines by them is also expected to drastically drive market growth over the forecast period

For instance, Bharat Biotech and Bio-Med Private Limited are two India-based typhoid vaccine manufacturer in Asia Pacific. In 2013, Bharat Biotech launched its new clinically proven conjugate Typhoid vaccine namely Typbar-TCV, which offers long-term protection and can be given to children as young as six months. 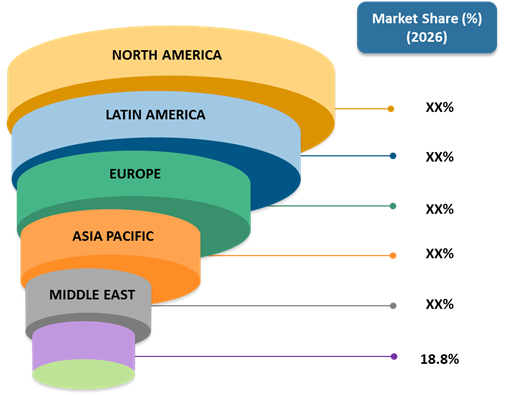 Vaccination/Immunizations are generally not covered under medicare, unless they are directly related to the treatment of an injury or direct exposure to a disease or condition, such as anti-rabies treatment or tetanus antitoxin or booster vaccine.

In absence of such condition where an injury or direct exposure has happened, vaccination (preventive immunization) against diseases such as smallpox, typhoid and polio, are not covered.

In cases where a vaccination or inoculation is excluded from coverage, the entire charge will be denied (such as office visits, which are primarily for the purpose of administering a non-covered injection).

Currently, there is only one typhoid conjugate vaccine that has been prequalified by WHO (Typbar TCV) to treat young children below two years of age. Typhoid conjugate vaccine (TCV) is more effective at preventing the disease than other available vaccines. It is long lasting, provides protection for at least five years and possibly longer, as compared to just two years for earlier typhoid vaccines.

Typhoid conjugate vaccine increased the immunization age range to include children under age two, a particularly vulnerable and typhoid susceptible part of the population. Manufacturers can develop novel typhoid vaccine with better and longer clinical protection, broader target age range (including children <2 years of age), cost effectiveness, and other factors, which are not met by currently available vaccines

Typhoid fever is a bacterial infection caused by Salmonella typhi, which causes symptoms such as prolonged fever, headache, nausea, loss of appetite, and constipation or sometimes diarrhea. Typhoid fever is majorly caused in area with poor sanitation and lack of clean drinking water. Typhoid fever vaccines are the biological formulation, which provide immunity and protects an individual against typhoid fever

Currently there are three typhoid vaccines recommended World Health organization (WHO) for use which include:

High prevalence of typhoid fever in region such as Asia Pacific and Africa is expected to drastically rise demand for its vaccines and support global typhoid fever vaccines market growth over the forecast period.

For instance, according to the data published by World Health Organization (WHO) in September 2018, globally between 11 and 21 million cases of typhoid were found, which caused around 128 000 to 161 000 typhoid-related deaths occur annually.

According to the data published by National Center for Biotechnology Information (NCBI) in 2018, incidence of typhoid fever in Africa was estimated to be 10–100 cases per 100,000

Increasing initiatives by government and various other organizations to increase awareness about typhoid vaccine and rising access of new vaccines is expected to support typhoid fever vaccines market growth during forecast period.

For instance, in February 2019, Gavi, the Vaccine Alliance in partnership with WHO, CDC and Zimbabwe’s Ministry of Health launched a campaign to tackle typhoid outbreak in Zimbabwe. The campaign aims to vaccinate 325,000 people in nine suburbs of Zimbabwe’s capital with new typhoid conjugate vaccine (TCV).

What are the growth estimates for typhoid fever vaccines market till 2026?

The global typhoid fever vaccines market is estimated to surpass US$ 554.4 Million by 2026.

Which are the prominent typhoid fever vaccines market players across the globe?

What factors are influencing the adoption of typhoid fever vaccines globally?

Increasing government initiatives in creating awareness regarding typhoid and driving immunization efforts against such diseases and high prevalence of typhoid in various emerging economies are some of the factors influencing adoption of typhoid fever vaccines globally.

What are the key factors driving growth of the typhoid fever vaccines market?

High prevalence of typhoid in various emerging economies is one of the major factors that is expected to propel growth of the market over the forecast period.

What is the compound annual growth rate (CAGR) of the typhoid fever vaccines market for next 8 years?

The global typhoid fever vaccines market is estimated to exhibit a CAGR of 11.9% over the forecast period.

Which region is dominating the typhoid fever vaccines market growth?

Among regions, Asia Pacific is expected to hold dominant position in the global typhoid fever vaccines market during the forecast period.

The coronavirus disease (COVID-19) pandemic is the most recent outbreak, which was first reported on Decembe...

A vaccine is a biological preparation that provides active acquired immunity to a particular infectious dise...

Meningococcal vaccine is used to prevent diseases caused due to Neisseria meningitidis, also known as meningococcus, is a Gram-negative b...