Men’s underwear is apparel that is basically worn to protect the genital of men. They are intimate clothes and helps to avoid the exposing of privates while maintaining hygiene. Moreover, underwear helps to keep the private dry as they easily get moist and it also helps to protect the genital of men by giving them the proper shapes they required. Furthermore, they prevent the damages of outer clothes from being damaged and dirty. Briefs, boxer brief, trunks, and boxers are some of the types of men's underwear. They are produced by using different materials such as cotton, polyester, modal, and nylon. There are different types of underwear available in the market however breathable underwear hemp underwear, linen underwear, organic cotton underwear, and other natural fabric underwear are gaining huge demand.

Growing awareness regarding personal hygiene among the male population of the U.S. is expected to propel the market growth over the forecast period. Moreover, a growing young population who are more active and play sports games and go to gyms prefer wearing functional underwear as they have various advantages as compared to traditional intimate apparel. This is expected to accelerate market growth over the forecast period. 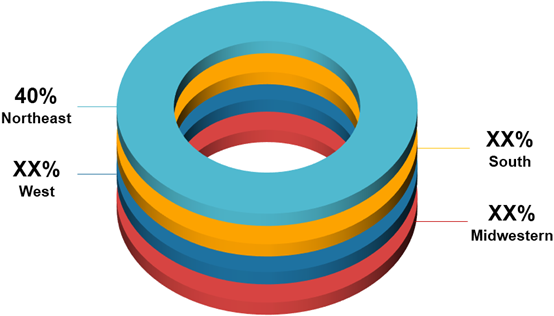 High brand loyalty in the U.S. men’s underwear market due to which consumers are reluctant to switch to newer brands. This is expected to hamper the market growth. As this is creating problems for a newer brand that are entering into the market. This will hamper market growth in the near future.

Emerging mono-brand outlets in the region are projected to provide enormous growth opportunities over the forecast period. According to the Coherent Market Insights analysis, Jockey International focuses on making substantial investments in mono-brand outlets in order to drive product sales. The company has been offering product lines through numerous mono-brand outlets and channels worldwide since 1995.

An increasing number of Start-ups in the region in order to establish a foothold in the market is augmenting the market growth. According to the Coherent Market Insights analysis, Ampere – a U.S. based firm – provides quality luxury lingerie designed in-house. The company’s objective is to cater to every challenge faced by customers in finding a proper fit with regard to bras and to significantly mark its presence in the U.S. intimate apparel market.

The rising popularity of boxers among men in the region due to its comforts is expected to be a major trend. For instance, in February 2020, NUBIAN SKIN, the hosiery and lingerie brand for melanin-rich skin tones has launched a range of nude underwear for men. The new collection ‘COCOA by NS’ offer men’s boxers in four shades which includes Cafe au lait, Caramel, Cinnamon and Berry. Therefore, the growing popularity of boxer is expected to augment the market growth.

Many manufacturers are adopting smart strategies such as partnership and collaborating for promoting their brands is expected to foster the market growth in the U.S. For instance, in April 2019, Nike and PVH Corp. announced a new partnership to distribute Nike-branded men's underwear around the globe. The two companies revealed a new licensing agreement to distribute Nike-branded men’s undies around the globe. 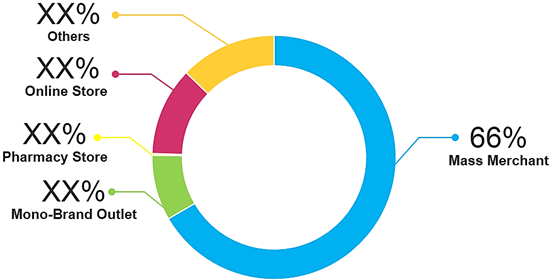 On the basis of distribution channel, mass merchant dominated the U.S. Men’s Underwear market in 2018 with around 66% of market share in terms of revenue, followed by others and online store, respectively.

Underwear is type of the intimate apparel which is normally underneath other clothing. These apparels are available in market in five general types such as regular briefs, boxer briefs, boxer shorts, trunks, and thongs. They also serve other purposes such as to enhance visual appearance, aesthetic appeal and are considered highly fashionable.

The U.S. men’s underwear market has witnessed significant growth in recent past years, owing to the changing consumer preferences across the globe. Shifting consumer preferences owing to rise in spending on personal fashion to align with the improving fashion trends over the years. Furthermore, growing concerns over the fabric used in manufacturing of underwear is expected to drive the market growth during the forecast period.

On the basis of distribution channel, U.S. Men’s underwear market can be segmented into mass merchant, mono-brand outlet, pharmacy store, online store, and others. Companies involved in production of underwear provides their products in various segments such as price, age group, sizes, price and category according to the consumer preferences.

What are the major growth driving factors for the U.S. Men’s Underwear Market during the forecast period?

Surge in growth of the disposable income of the population and shifting consumer preferences with the changes in the fashion trends is fuelling the demand growth, indirectly driving the market for U.S. Men’s Underwear.

What are the segments considered in the U.S. Men’s Underwear market?