A video-on-demand service refers to is a media distribution service that enables users to access videos without a conventional video playback device. It allows users to play videos without constraints of the typical static broadcasting schedule. The video-on-demand service delivers the content directly to an IP TV, set-top box, PC, smartphone, Internet, cable companies, etc. Viewers can rewind, pause, stop, and start viewing content at any time.

North America held dominant position in the global video on demand service market in 2020, accounting for 34.4% share in terms of value, followed by Western Europe and Asia Pacific, respectively. 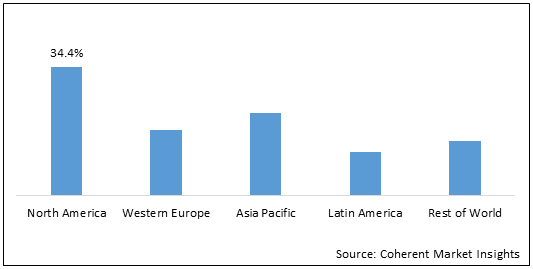 Successful emergence of content-on-demand services is expected to drive growth of the global video on demand service market during the forecast period. A number of media service providers such as Netflix, Amazon Video, and Hulu are introducing lucrative offerings for subscribers due to the success of content-on-demand services. Consumers can access their favorite content i.e. shows or movies as per their convenience. For instance, Home Box Office, Inc. (HBO) offers HBO Go service to subscribers, which enables them to access various TV programs on their Internet-enabled smart TVs, smartphones, and tablets.

Technological advancements in media services are expected to propel the global video on demand service market growth over the forecast period. VoD service allows users to record their favorite content such as shows and movies thereby providing them an opportunity to watch particular content according to their convenience. Service providers such as Netflix enables users to choose videos from its database and watch them multiple times. Furthermore, the advent of LCD TVs integrated with built-in internet connectivity has allowed users to access VoD directly from the TV.

Lucrative offers for customers can present major business opportunities in the global video on the demand service market. Cable TV providers are frequently introducing new services such as customized channel packages etc. This is a move that attract users who are reluctant to pay for channels they are not interested in viewing. For instance, in April 2015, Verizon Communications Inc. launched an ‘a la carte’ package, wherein customers can pick their desired entertainment channels from various custom channel packs, including kids or sports channels.

Strategic partnership with other market players can provide lucrative growth opportunities in the global video on demand service market. Key companies in the market are focused on partnership and collaboration activities, in order to enhance the market presence. For instance, in March 2015, Home Box Office, Inc. (HBO) partnered with Apple Inc. to extend its new HBO Now service on Apple devices. Furthermore, iPads and iPhones users can access to VoD service of HBO at a nominal subscription fee.

Major market players are involved in merger and acquisition activities, in order to gain a significant advantage in the market. Entertainment is the major driver for adoption of VoD services; news, sports, and devotional content are some other avenues driving VoD services market growth. According to CMI analysis, 44% and 52% of consumers in the U.S. and Canada respectively, watch videos on mobile phones. For instance, in March 2015, Twitter Acquired Live-Video Startup Periscope, which enables users to stream live video directly from their smartphones.

Movies such as HOTEL TRANSYLVANIA, INSIDE OUT and SHAUN OF THE SHEEP (animated movies mostly for kids) were big box office titles, and witnessed certain amount of success before being available on VoD platforms. According to CMI analysis, only few animated movies that have been successful at the box office are accepted on VoD platforms as a part of packages offered by service providers. 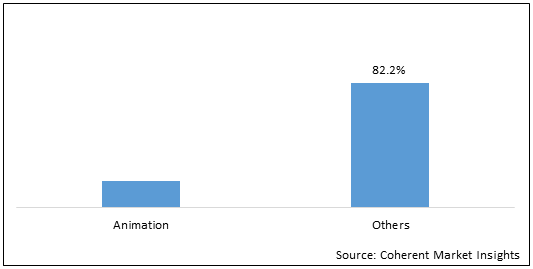 Requirement of high-bandwidth is expected to restrain growth of the global video on demand service market during the forecast period. Streaming videos online requires high bandwidth with uninterrupted streaming and buffering, especially when streamed in high definition (720p). For instance, the streaming service of Netflix requires a data rate of around 5 Mbps for HD video quality streaming and 12 Mbps for 3D video streaming. Many end-users often face issues related to slow connection and bandwidth, which in turn, reduces the adoption of VoD services.

Technical anomalies causing unavoidable interruptions during streaming are expected to hamper the global video on demand service market growth over the forecast period. Users of VoD services often face technical glitches, video lag compared to original transmission and unavailability of content while accessing linear video content. For instance, in April 2014, HBO Go (standalone VoD service of HBO) crashed during the premiere of TV series Game of Thrones – 4, due to high customer traffic. Content providers (such as HBO through HBO NOW service) have decided to host live streaming of content only in select media markets so as to resolve this issue. Users in other geographies can avail content on-demand within 24 hours after a live broadcast.

Video on Demand is a new media delivery system, which lets customers’ access videos via subscription without the restrictions of a traditional pay-per-view broadcast schedule and without a personal computer. Video on Demand allows viewers to order and receive video streams while working on their laptops, cell phones, tablets, and other handsets. The subscriber can select the programs to watch without having to leave their current position. Viewers can also pause, rewind, skip, and replay the video as many times as they would like. Video on Demand is available in multiple languages and can be viewed from any location. It is accessible through devices such as Blu-ray Disc players, smartphones, digital cable boxes, home entertainment systems, and internet television.

Furthermore, flexibility and seamless consumer experience offered by service providers are expected to accelerate growth of the global video on-demand service market in the near future.

What is the projected market size and CAGR of the global video on demand service market?

Which segment held dominant position in the market?

Successful emergence of content-on-demand services is expected to drive growth of the market during the forecast period.

What are major challenges in the market?

Requirement of high-bandwidth is expected to restrain growth of the market during the forecast period.

What are lucrative growth opportunities in the market?

Strategic partnership with other market players can provide lucrative growth opportunities in the market.