The global workstation market was estimated to account for US$ 38.2 Bn in terms of value in 2018 and is expected to grow at a CAGR of 9.8% during the forecast period.

Population in urban areas such as towns and metro cities is increasingly rapidly and is expected to grow in the near future. Moreover, population in rural areas is too increasing that has made significant impact on emerging businesses and created new markets with intense competition. Key manufacturers in the market are focused on this target group who have relatively higher levels of income where they can invest more in high-tech gadgets and devices. Moreover, significant growth of small- and mid-sized businesses (SME) is expected to boost the demand for workstation. Thus, these factors are expected to drive the market growth over the forecast period.

Various software such as CAD that are typically used for 3D animation is being increasingly adopted. The software has witnessed significant demand from engineering companies, manufacturing industries, construction industry, and more. A workstation is a vital part of 3D animation thus, have witnessed demand in the recent past. For instance, in 2014, the global 3D animation market was valued at US$ 21.1 billion and is estimated to exhibit a CAGR of 8.1% over 2014-2026. Moreover, North America is the fastest growing region in the global 3D animation technology market, owing to increasing demand among consumer in the region. 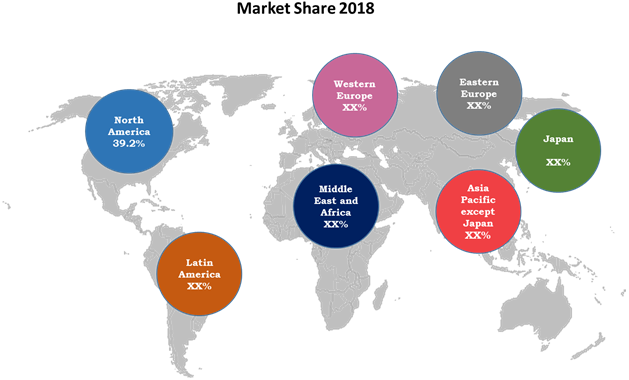 Although workstation is a high-performing device and designed for engineers and demanding software, there have been numerous instances of performance issues in the recent past. These issues were related to data rendering and processing speed. Moreover, lack of custom-made models for typical applications such as DCC, engineering, others these issues have prevailed. For gaming software, lack of customized station is the major problem, which is why professionals are using standard workstation which leads to aforementioned problems. Therefore, these factors are expected to restrain the market growth in the near future.

Workstation is specifically designed for users with professional and technical applications, which includes complex 3D models and large datasets. Moreover, these workstations feature optimized GPU, redundant array of independent disks, ECC RAM, and high-speed graphic adapters. This, in turn, has constrained the use of workstation, thereby restraining the market growth in the near future. Moreover, high price range of workstations is another factor hindering its sales. Thus, constrained usage of workstation for niche consumer base and high price range are expected to hinder the market growth over the forecast period. For instance, a personal computer (PC) costs around US$ 500-US$ 1,000, while a workstation range starts from US$ 1,500 and go high as US$ 15,000, which is not affordable to all types of customer.

A mobile workstation is a perfect combination of cost and mobility as compared to other types of workstation. It is basically a notebook computer that feature high-end computing applications. Currently, mobile workstations are available with processors ranging from Core i3 to Xeon. Mobile workstation enables user to work at job site due to high-mobility, which in turn, has increased its adoption in the recent past. Thus, growing use mobile workstation is expected to offer lucrative growth opportunities in the near future.

Workstations have been used for numerous applications including engineering work, 3D modeling, medical diagnostics, financial modeling, etc. Workstations have become standard equipment from architect and engineers, from content creators to analysts, owing to requirement of high level of performance. This, in turn, has increased the demand for workstations significantly. Engineering software such as computer-aided designing (CAD), computer-aided engineering (CAE), electronic design automation (EDA), and more require multi-processors and high-speed capacity. This, in turn, is expected to offer significant business opportunities for market players in the near future. 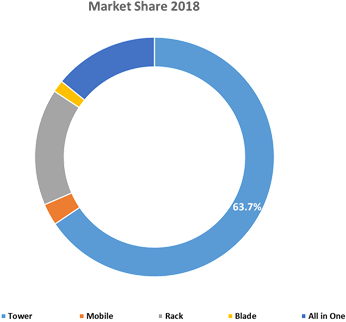 North America accounts for the high demand for custom-made workstation as compared to other regions. This is owing to increasing end user applications with additional software and operating system feature. For instance, HP offers a new model in precision mobile workstation that features high-end processor, customizable feature, and certified with professional applications.

Growing urbanization and increasing penetration of internet have increased the consumption of digital content. Brazil and Mexico are the largest regional market for key players for digital advertisement, which in turn, has increased the demand for workstations. Moreover, workstations are being increasingly used in aforementioned countries for smooth running of high processor digital content creation software. 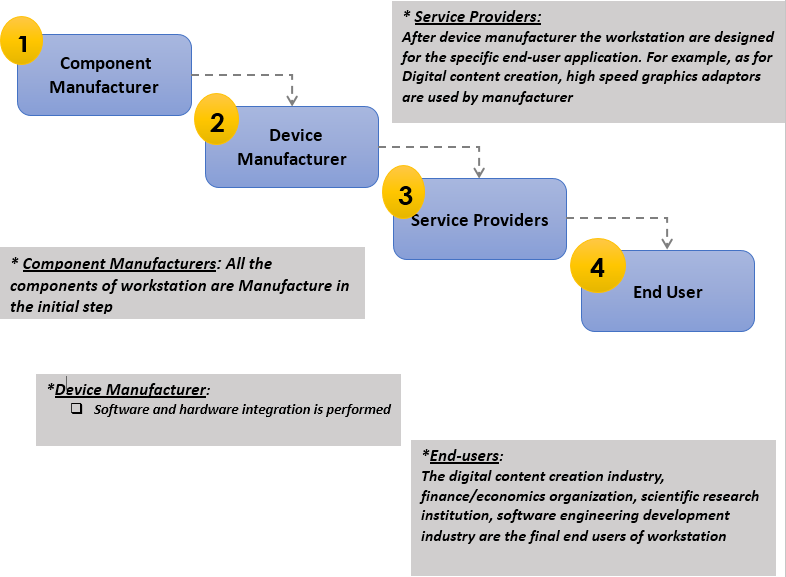 A workstation is designed for technical, scientific or heavy applications. Workstation is mostly used for business or professional purposes. Workstations offer high performance as compared to mainstream personal computers. Workstation is better than mainstream computers in terms of processor, graphics, memory, processing speed, and multitasking. Workstations were optimized for the visualization or manipulation of complex data types or processes such as 3D mechanical design, engineering simulation, animation, executing heavy programs and mathematical plots. Moreover, it is used for executing heavy tasks.

Moreover, modern workstations used advanced multi-core CPUs, large memory, and much larger caches. Some workstations are only compatible with one application such as AutoCAD, Avid Xpress Studio HD, 3D Studio Max, or customized for a specific purposes.

The growth of the workstation market is expected to get hampered by the frequent requirement of updates of software required for specific tasks face processing issues with certain kinds of software and hardware.