Zero Liquid Discharge Market Is Expected to Witness CAGR of 8.7% During the Forecasted period (2019-2027)

The global zero liquid discharge market is estimated to account for US$ 699.0 Mn in terms of value and by the end of 2019

The availability of freshwater across the world has decreased significantly. Growing industrialization has led to increased generation of water waste thereby increasing water pollution worldwide. Furthermore, stringent regulatory polices enforced by government agencies in developed countries such as the U.S., Canada, and countries in Western Europe have accelerated the adoption of zero discharge systems. Agencies such as Environmental Protection Agency (U.S.), European Water Association (Europe), and India Water Works Association (India) coupled with government authorities are proactively forming regulatory policies, in order to curb water pollution, which in turn, is expected to drive the market growth in the near future. According to the United Nations (UN) Water Report, out of total water available on the Earth’s surface today, only 0.5% is freshwater, which can be used for consumption. According to the same source, around 60% of this freshwater is unevenly distributed with major share concentrated among ten countries of the world. This, in turn, could lead to water scarcity thereby driving growth of the global zero liquid discharge market in the near future. 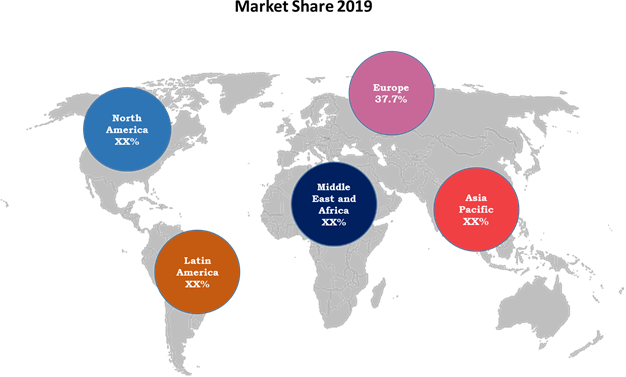 Generally, zero liquid discharge systems are based on thermal processes including energy-intensive evaporation processes, in order to recover reusable water from wastewater system. Such systems are custom built according to particular organization’s needs, which involves significant amount of investment and operating expenditure. Moreover, spatial constraints hinder the adoption of ZLD systems, especially in smaller industries from emerging economies. ZLD treated water could also cost three to seven times that of water extracted from the ground or obtained from municipal source, which in turn, is expected to hinder the market growth in the near future.

Alternative options such as minimal liquid discharge (MLD) recover around 95% of the liquid discharge from their effluent treatment plants at lower cost as compared to zero liquid discharge systems. Therefore, municipal corporations and similar organizations are increasingly adopting MLD technology as it is more economical than ZLD, which also helps them to meet regulatory policies. Therefore, these factors are expected hamper the market growth over the forecast period.

Disposal brine water concentrates in ocean is a major concerns for governing bodies. It has been found that desalination plants produce more brine water than previously assumed. This, is in turn, is expected to offer lucrative opportunities for market players to develop novel techniques, in order to decrease disposal of brine solutions in oceans. It can be done with innovative techniques such as brine incineration, brine evaporation ponds, and more. For instance, in brine incineration, brine concentrates are mixed with other solid waste and are incinerated to evaporate water. The salts in it remain as residual ash, which is then further managed.

Zero liquid discharge technique can be used for recovering profit-making compounds and minerals from the by-products of waste streams. For instance, ZLD has been found advantageous in recovering sodium chloride and sodium sulfate salts. Moreover, ZLD has been adopted in successfully recovering valuable and saleable minerals in the mining industry, which directly benefits business profits. This, in turn, is expected to pose excellent business opportunities for market players in the near future. 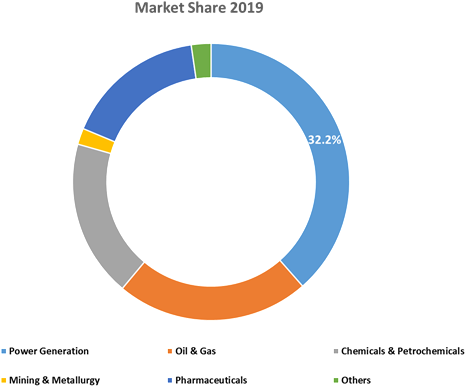 The implementation of stringent rules and regulations by the government of various economies is expected to boost the adoption of zero discharge systems over the forecast period. For instance, in the year 2015, Ministry of Environment and Forest, Government of India, issued guidelines for zero liquid discharge. According to these guidelines, industrial sectors like Sugar, Distilleries, Tanneries, Pulp & Paper, Textile, Dyeing, and Dairy would need special emphasis for enforcement of zero liquid discharge.

In addition, increasing demand for fresh water across the globe due to the increasing population, and many industries such as thermoelectric power, irrigation, and aquaculture, is further expected to boost the demand for zero liquid discharge system over the forecast period.

What are the growth estimates for zero liquid discharge market till 2027?

What is the Compound Annual Growth Rate (CAGR) for zero liquid discharge market for next 8 years?

The global zero liquid discharge market is estimated to exhibit a CAGR of 8.7% during the forecast period (2019-2027).

Which are the prominent zero liquid discharge market players across the globe?

What are the key factors driving growth of the zero liquid discharge market?

Inadequate availability of freshwater across the globe, coupled with growing application of desalination are some of the major factors that are expected to propel growth of the market over the forecast period.

What are the key factors hampering the growth of the zero liquid discharge market?

High capital investment and operational costs is one of the major factors that is expected to hamper growth of the market.

Which region held the largest market share in the zero liquid discharge market?

Among regions, Europe is expected to hold a dominant position in the global zero liquid discharge market in 2019, accounting for 37.7% share in terms of value, followed by North America and Asia Pacific, respectively.