COVID-19 has significantly disrupted almost all the industries including automotive, medical & healthcare, consumer electronics, clothing & textile, food & beverage, automation, manufacturing, aerospace & defense, oil & gas, construction, semiconductor, agriculture, and others. The global ZigBee home automation market was affected, as many key players in the market had to temporarily closedown in order to safeguard health of their employees. Furthermore, on the supply chain side, unavailability of raw materials for manufacturing of components due to complete lockdown is a major restraint for the growth of the market. Due to delay in supply of raw materials and components, the manufacturing companies were unable to deliver the products in the market. Therefore, global ZigBee home automation market is affected by the pandemic. As governments are opening up in phases in many countries, production is resuming, however, companies are still working with partial employees on the shop floor and remaining from home. Several ZigBee home automation companies witnessed decrease in sales of their products as the supply chain was disrupted by lockdown orders. The revenue of many market players such as Honeywell International, Inc., NXP Semiconductors, Renesas Electronics Corporation, and others decreased in 2020 as compared to 2019. For instance, in the period 2019 to 2020, revenue of Honeywell International, Inc. decreased by about 11.1%.

North America held dominant position in the global zigbee home automation market in 2019, accounting for 37.3% share in terms of value, followed by Asia Pacific and Europe. 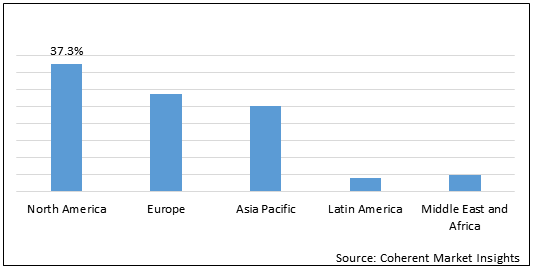 North America is expected to account for the largest market share during the forecast period. The rapid technological advancements, increasing penetration of internet users, and a large number of ZigBee product and service providers in the region are expected to drive the North America market growth during the forecast period. For instance, according to the Worldwide Market Reports’ analysis, there were 288.1 million internet users in the U.S. in 2020. For instance, In February 2019, Texas Instruments Incorporated, a U.S.-based semiconductor manufacturing company, launched SimpleLink CC2652RB wireless microcontroller (MCU) and the LMK05318, new bulk acoustic wave (BAW)-based embedded processing and analog chips specially developed for communications infrastructure and connectivity.

Among component, the single-chip solutions segment is expected to hold dominant position in the global zigbee home automation market during the forecast period. The increasing demand for smart home appliances and the internet of things (IoT) in order to reduce energy consumption is expected to drive the segment growth during the forecast period. In addition, in February 2016, Silicon Labs, a U.S.-based semiconductor manufacture company, launched wireless Gecko SoCs that are used to provide high performance and connectivity for IoT devices. Furthermore, several major players are focusing on launching products in order to strengthen their position in the global market. For instance, In February 2020, Silicon Laboratories launched EFR32MG22 (MG22) family, ultra-low-power ZigBee system-on-chip (SoC) devices. The device is specially developed for smart home sensors, lighting controls, and building and industrial automation. 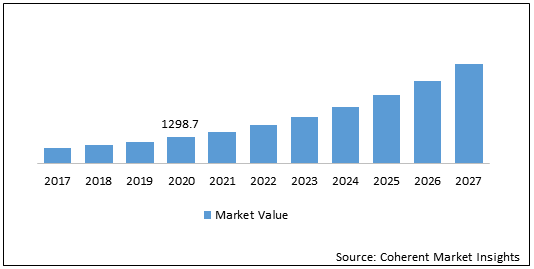 The growing need to reduce energy consumption by integrating lighting products with advanced technologies such as cloud and IoT-enabled devices is expected to drive the segment growth during the forecast period. For instance, in April 2017, Inter IKEA Systems B.V., a Netherland-based furniture manufacturing company, launched affordable smart light bulbs for IoT enabled homes. Most of the companies such as Ledvance GmbH and OSRAM Sylvania Inc. are developing advanced technology products in order to remain competitive in the market. For instance, in January 2018, Ledvance GmbH, a Germany-based lighting company, launched Bluetooth mesh-based smart LED lamps with Zigbee wireless network technology. Furthermore, rising adoption of wireless technology across the globe is also fueling the segment growth.

Rapid urbanization in emerging economies of Asia Pacific and Africa region is expected to propel the growth of ZigBee home automation market over the forecast period. High economic growth, and growing real estate and construction sector are driving the growth of the market in Asia Pacific region. Furthermore, large population of countries such as India and China is a complementary factor for home construction industry. Implementation of smart city projects in India and China is expected increase demand for home automation systems. For instance, according to Ministry of Housing and Urban Affairs, Government of India., the Government of India launched the Smart Cities Mission on June 25, 2015. Some of the core infrastructure elements of the smart city would include robust IT connectivity and digitalization, good governance, especially e-Governance and citizen participation, sustainable environment, safety and security of citizens, and others. Therefore, housing infrastructure development and smart city projects in India and China are expected to drive the demand for smart lighting, safety and security, smart HVAC controls, smart locks, and energy monitoring. Supportive government initiatives towards efficient energy usage such as implementation of smart meters is another factor which compliments the adoption of smart homes. For instance, according to India Smart Utility Week 2019, Government of India plans to implement 14 smart grid pilot projects by 2019. According to the Energy Information Administration (EIA), China exceeded the U.S. in federal smart grid subsidies for the first time in 2010, with over US$ 7.3 million invested compared to US$ 7.1 million in the U.S.

The increasing adoption of home automation for smart home applications is one of the primary factors which is expected to drive growth of the market.

Based on application, which segment held the largest market share in the market in 2019?

The HVAC Controls segment held the largest market share among end user, contributing 20.7% in terms of value in 2020.